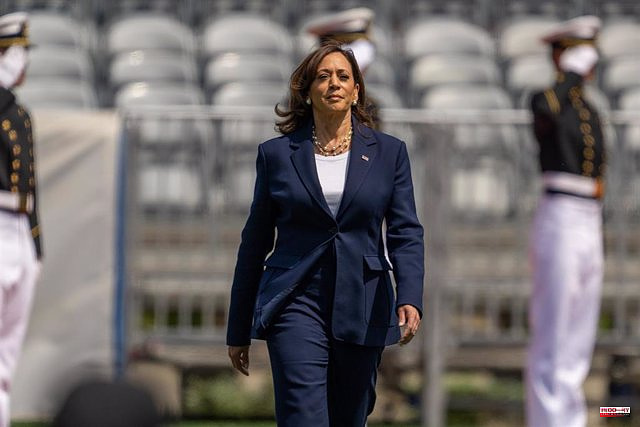 The Vice President of the United States, Kamala Harris, has met this Thursday with abortion service providers and has warned that revoking the historic ruling 'Roe versus Wade', which recognizes the constitutional right to the interruption of pregnancy, will have a "real effect and immediate" on women across the country.

"The strength of our country has always been that we fight to move forward, that we believe in expanding rights, not restricting rights," Harris told a White House news conference, adding that this would represent " one step back."

Harris, who has spoken virtually this Thursday with doctors, nurses and reproductive rights defenders, has ruled that what was stated in the draft leaked by the Supreme Court "represents a threat, not only to women, but to all citizens. American people".

In this way, he has indicated that the possible revocation of the historic ruling of 'Roe versus Wade' "opens the door" to restrict other rights, such as equal marriage or the right to use contraceptive methods.

"It would be a direct assault on the fundamental rights of the right to self-determination: to live and love without government interference. In essence, this is about the future of our nation," he said.

Harris has also pointed out that the workers who offer these services are "on the front line" of "a war" against women's rights in the country, according to the US network CNN.

"Oklahoma has passed a law that effectively bans abortion from the moment of fertilization, the latest in a series of blatant attacks on women by extremist lawmakers. It has never been more urgent that we elect pro-choice leaders to local, state and federal level," he stated on his official Twitter profile.

Thus, he has described the Oklahoma law, approved a few hours before these statements, as "scandalous." "It is just the latest in a series of extreme laws across the country. Several of the medical professionals who are with us today are seeing their impact, as they are designed to punish and control women," he added in a statement from the White House.

Oklahoma has approved this Thursday a law that prohibits abortion from the moment prior to fertilization, making this state the most restrictive in terms of voluntary interruption of pregnancy, within the framework of the leaked, non-final draft of the US Supreme Court about the ruling 'Roe versus Wade'.

The US Supreme Court voted privately to strike down this legislation, a legal precedent that has been used in the country since 1973. In a 98-page document leaked to the press, without being final, written by Judge Samuel Alito, the justices concluded that it was necessary to "return the issue of abortion to the elected representatives of the people."

After the decision, protests were registered in front of the Supreme Court building calling for Alito's departure in the face of a leak that was unprecedented in the United States, according to the high court's confidentiality standards.

In more than two dozen conservative states, legislators have prepared bills that would ban or restrict abortion if the Supreme Court decides to annul 'Roe versus Wade', a legal and social battle that has generated enormous controversy in the country.

1 The Argentine Justice declares the State guilty of... 2 The Colombian Foreign Minister visits Paraguay in... 3 38 NGOs, including HRW and AI, ask Algeria to end... 4 The United States says that the weather has affected... 5 Japan will send 1.9 million euros to help the IAEA... 6 TV license fee 2022: this year it's over! How... 7 The US threatens to block the trade agreement with... 8 2022 tax filing date: just a few days left! When to... 9 Huawei claims that the 5G Cybersecurity Law be applied... 10 Huawei calls for an "objective and proportional"... 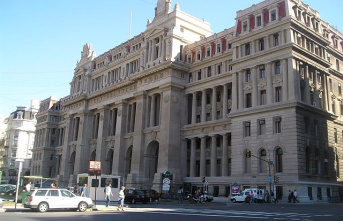 The Argentine Justice declares the State guilty of...