Clashes between Orthodox Jews and the Police on Mount Meron, Israel 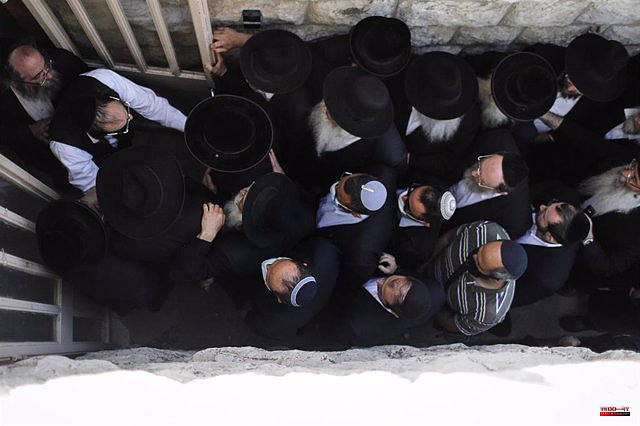 Dozens of Orthodox Jewish faithful have broken through Israeli police barriers on Mount Meron on Thursday when they made the pilgrimage of the Jewish religious festival of Lag Baomer, on Mount Meron, in northern Israel.

The Israeli Police had tried to avoid this type of confrontation because a year ago, on the same holiday, a stampede on Mount Meron left at least 45 dead and more than 150 injured, according to the local media at the time.

The Deputy Minister of Religious Affairs, Matan Kahana, has accused "extremist fan groups" of intentionally sabotaging the celebration and has shown his support for the action of the Police, which was intended to "protect lives", as reported by 'The Times of Israel '.

"The agents have rescued the women and children from the monument and are working to avoid a stampede and a risk to life," explained the Police, adding that, for the moment, "all bus service to the mountain and the faithful have been asked not to try to approach the place".

In this sense, the Minister of Public Security, Omer Barlev, has said in a statement that "groups of ultra-Orthodox extremists behaved violently and savagely" in Merón and has supported the decision of the authorities to end the event early.

The riots, despite the fact that this year the Police restricted the entrance to the place to 16,000 people, have occurred just before a state commemorative event that was planned to remember the victims of the deadly stampede last year.

1 Oklahoma approves a bill that prohibits abortion from... 2 Harris warns that reversing 'Roe versus Wade'... 3 The Argentine Justice declares the State guilty of... 4 The Colombian Foreign Minister visits Paraguay in... 5 38 NGOs, including HRW and AI, ask Algeria to end... 6 The United States says that the weather has affected... 7 Japan will send 1.9 million euros to help the IAEA... 8 TV license fee 2022: this year it's over! How... 9 The US threatens to block the trade agreement with... 10 2022 tax filing date: just a few days left! When to... 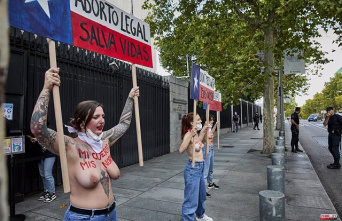 Oklahoma approves a bill that prohibits abortion from...