The president of the Superior Court of Justice of the Valencian Community, Pilar de la Oliva, and the magistrates Antonio Ferrer and Vicente Torres will decide, one year before the regional elections, whether to impute the vice president of the Generalitat, Mónica Oltra, for the management that the Ministry of Equality made of the sexual abuse by her ex-husband to a minor under guardianship. 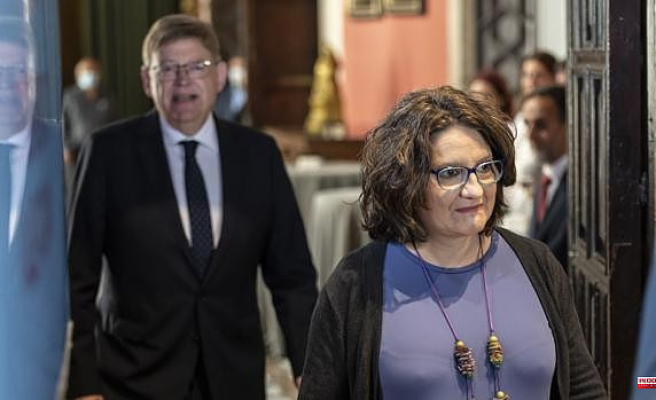 The president of the Superior Court of Justice of the Valencian Community, Pilar de la Oliva, and the magistrates Antonio Ferrer and Vicente Torres will decide, one year before the regional elections, whether to impute the vice president of the Generalitat, Mónica Oltra, for the management that the Ministry of Equality made of the sexual abuse by her ex-husband to a minor under guardianship.

This is stated in the ordering diligence of the Civil and Criminal Chamber of the TSJCV notified this Tuesday to the parties, where they are informed of the composition of the court that must decide on the admission or inadmission of the reasoned statement sent by the Court of Instruction number 15 of Valencia.

The investigating judge submitted his request to the high court in the face of Oltra's capacity as a regional deputy, considering that "there are rational, serious and well-founded indications" of his participation in the alleged cover-up of the aggressor and the alleged helplessness of the victim.

In an extensive document, Judge Vicente Ríos also requested that the investigation against the other thirteen officials and political officials charged in the case be taken on, due to their "inseparable material connection."

Therefore, in the event that the Civil and Criminal Chamber gives an affirmative answer, the most probable thing -according to the jurisprudence of the Supreme Court- would be that the entire case will pass into the hands of the TSJ, which has already ratified the conviction of five years in prison - pending appeal to the Supreme Court - imposed by the Audiencia de Valencia on Luis Ramírez Icardi, the educator who, between the end of 2016 and the beginning of 2017, abused a minor under 14 years of age in the Niño Jesús concerted center in the capital of the Turia.

That yes, before ruling, the court will ask the Prosecutor's Office, the victim's defense -which is exercised by the leader of Spain 2000, José Luis Roberto- and the accusations -Vox and the Gobiernate association of its co-founder Cristina Seguí- to present their allegations. Therefore, the process will still take several weeks.

It so happens that both Antonio Ferrer and Vicente Torres -former Anti-Corruption Prosecutor- were already part of the court that, in May 2021, decided not to charge the leader of Compromís and other positions in her department after the complaint filed by Seguí, which later it took it to a court of Instruction and ended up giving rise, together with Roberto's complaint, to the currently open case.

The Chamber -with Carlos Climent as president- then understood that it could not charge Oltra because there was "no objective evidence" that she had ordered the protection of her then-husband. The only existing suspicion, according to the court, was based on the fact that all those involved were linked to Equality and that "the person affected was at the time" a partner of the minister. Nor did the Prosecutor's Office support it.

The judges focused on the fact that, in the absence of a prior instruction on the actions of the unregulated that exposed their responsibility, they could not assess "to what extent this was due to deliberate conduct as well as from whom it started and particularly if it had any intervention directly or indirectly» the vice-president of the Consell.

However, the magistrates stated that "all the elements revealed by the complainant fully justify the initiation of a criminal investigation given how suspicious the actions of the managerial and technical personnel of the Department are, particularly the personnel who ordered and carried out what is described as "paralegal instruction", as well as the treatment given to the minor who, according to what was reported, far from being protected, was the object of unjustified persecution». For this reason, they referred the complainant to an investigating court, as it happened.

After months of investigation, the owner of the same highlights in his reasoned statement to the TSJ that Oltra "is the only one that has publicly acknowledged" that he was aware of the existence of an ongoing judicial process when an informative file was opened, under the name of "Information Reserved 1/2017”. Despite the fact that after the declaration of two senior officials denying her version, the vice president clarified that she was the one who ordered the opening of this "investigation parallel to the judicial one apparently devoid of any sense and that involved the use of public, human and material resources, with the consequent cost », the judge considers that all the indications point in that direction.

This is the most controversial point of the case, because despite the fact that the minister has assured that she wanted to know the failures of the system, the state of the young woman, "to know what actions had been carried out, why the alleged victim had not been referred to Espill, why hadn't she been given the psychological treatment that was needed...", the objective of the report was not that: it was aimed at "discrediting the minor and interfering in an ongoing criminal procedure in which her husband He was the one being investigated."

1 Playstation Plus: Sony unveils the games of its new... 2 Sending arms to Ukraine raises concern over trafficking... 3 Women's PSG: the shock against OL will take place... 4 Elon Musk's mother poses in a swimsuit for a... 5 Elizabeth II attends a surprise event on the London... 6 Dublin warns that the unilateral rupture of the Northern... 7 The Parliament of Finland ratifies its application... 8 Canada's Got Talent final: Jeanick Fournier touched... 9 The Government reminds the king emeritus that he still... 10 Portugal: 7 things not to miss when visiting Porto 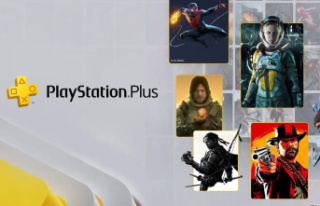 Playstation Plus: Sony unveils the games of its new...