The Government wishes to remain completely out of the next visit of King Juan Carlos to Spain after almost two years of residence in Abu Dhabi. 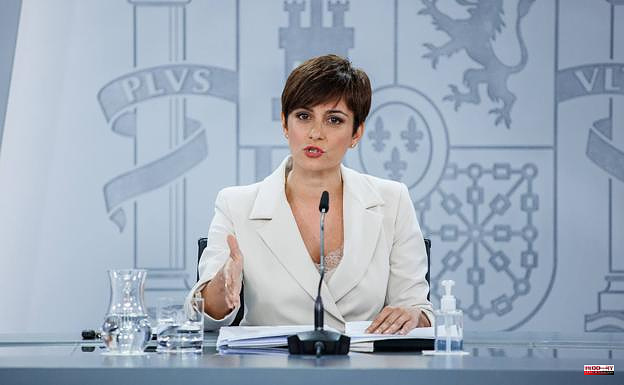 The Government wishes to remain completely out of the next visit of King Juan Carlos to Spain after almost two years of residence in Abu Dhabi. So much so that the minister spokesperson, Isabel Rodríguez, did not even want to comment on what her role will be in organizing the visit, whether or not security personnel will be made available to her, nor if the Executive has discouraged her from spending the night in the Zarzuela. What she did warn is that she continues to consider that the former monarch owes "explanations" to society for the behavior that caused his departure from Spain.

In August 2020 Don Juan Carlos, who was being investigated by the Supreme Court Prosecutor's Office, announced his decision to move out of the country so as not to "harm" the Crown. In March, the open preliminary rulings on his assets abroad were filed, but in the filing decrees, the Chief Anti-Corruption Prosecutor, Alejandro Luzón, concluded that there were indications of tax crimes, money laundering and bribery, although in some cases they had prescribed and in others they were not prosecutable because they were committed before 2014, when the emeritus was still King and enjoyed inviolability.

The President of the Government, who had already warned months before that it would be good for the former head of state to give explanations to the Spanish, reaffirmed his position after knowing the file of the proceedings. “I still believe it; the information that we have been learning is not acceptable », he told the journalists who accompanied him on his recent visit to the Spanish troops stationed in Latvia in a NATO operation. To the question of whether the trip that will take place in the coming days, to attend the San Xenxo regattas, is the appropriate framework for these explanations to arrive, Rodríguez answered evasively but pointed out: «These statements by the President of the Government have the same validity today as yesterday.

The situation of the socialists is not at all comfortable. His main parliamentary allies, including the minority partner of the coalition, United We Can, consider that the actions of Don Juan Carlos come to prove that the Monarchy is an obsolete and anti-democratic form of State that should be reversed. Sánchez moves in a difficult balance between the censorship of the previous monarch and the defense of both the institution and the work carried out by Felipe VI.

Rodríguez avoided ruling today on the opinion that the return of the emeritus king deserves to the Government with the argument that it is "an issue that can only be manifested in the Royal House." But he also asked to "value" the exercise of "exemplarity and transparency" that the current head of state has carried out since he ascended the throne. "That is the way," he argued, "that is the path."

1 Portugal: 7 things not to miss when visiting Porto 2 Finnish parliament votes over 95% for NATO membership 3 Ukraine bids farewell to its first president, Leonid... 4 Elancourt: an Olympic torch relay by bike will start... 5 The sports federations regret "the lack of dialogue"... 6 The Madrid metro stations where they give away free... 7 Three shootings in 24 hours: wanted for four months,... 8 Official Roland-Garros store: t-shirts, accessories...... 9 The technical control of two-wheelers must be in place... 10 Apex Legends mobile: an exclusive legend? All about... 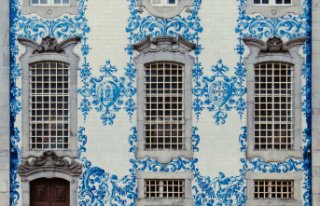