The distribution of goods is a booming sector that, inevitably, contributes to urban traffic congestion. 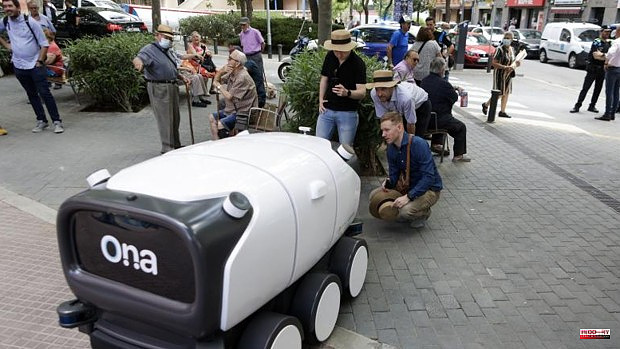 The distribution of goods is a booming sector that, inevitably, contributes to urban traffic congestion. The first traffic jams have their origin in ancient Rome, but it was not until the middle of the 20th century that they began to pose a real challenge to society. In this sense, the rise of electronic commerce has only increased this problem in our days, and if we add the ecological factor, the mix is ​​completely unsustainable.

To try to contribute with its grain of sand, the 'Ona' robot was presented this Friday in Esplugues de Llobregat (Barcelona), an autonomous merchandise distribution device developed by the 'CARNET' hub, and the Polytechnic University of Barcelona ( CPU).

At ten o'clock in the morning, several hundred people witnessed the robot's arrival in the Can Vidalet neighbourhood, which went up on stage on its own. This project, framed in the European initiative LogiSmile, has been presented as the sustainable alternative for the distribution of goods, and one of the possible solutions to urban traffic congestion –in fact, the robot can circulate on the sidewalk, like a pedestrian– .

Alberto Santfeliu, professor of Robotics and Artificial Intelligence (AI) at the UPC, has detailed that in the future, these robots will be transported in trucks from a warehouse to a specific point in the city, and then they will be distributed locally. "It's a 'last mile' project, it's much more efficient over short distances," he remarked. Regarding the technical aspects of the machine, Ona can circulate at 20 kilometers per hour, climb steps of up to 20 centimeters and has a range of eight hours. It has sensors to detect pedestrians, vehicles, and all kinds of obstacles, in addition to previously installing the map of the place where the distribution will be made.

"In the event of any mishap, it will be the robot itself that asks for help", explained Santfeliu, who has detailed that there will be a control center from which the correct operation of the machine will be monitored at all times. Then, the distribution demonstration has proceeded. The robot moved away from the stage, and under the watchful eye of the Can Vidalet neighbourhood, it went towards an operator located 50 meters from the act. He has introduced a package in one of its compartments, and has been picked up by the mayor of Esplugues, Pilar Díaz, on the spot. Inside the package was a miniature replica of the robot, made using a 3D printer.

One of the fundamental aspects of Ona is that it is one hundred percent electric, which will undoubtedly play an important role in the fight against climate change. "It is essential that changes in urban mobility are accompanied by decarbonisation", said the Minister of Transport, Mobility and Urban Agenda, Raquel Sánchez. "Today we are starting a pioneering project here that will soon reach other cities around the world," she added.

In the next few days, the 'Ona' will travel to Hamburg (Germany) and Debrecen (Hungary), where new tests will be carried out, considering today's and the experience accumulated by the AI ​​during the last few months in Barcelona. As for the project itself, the executive manager of CARNET, Laia Pagès, explained that this robot is the result of many years of joint work between the university and various private companies. As for her name, she has explained that she is called Ona (wave, in Catalan) because she is a woman, Mediterranean, and comes and goes in her distribution, like the sea, which she always returns.

The 'LogiSmile' project is a European initiative that seeks solutions to problems arising from logistics operations in city centers, such as congestion, pedestrian safety, and air and noise pollution. Its main objective is to demonstrate the effectiveness of autonomous delivery systems in reducing costs and parking problems. To do this, it aims to demonstrate the advantages of this technology and that it can be deployed in cities in a sustainable way.

1 British pilots veto the arrival of Iberia colleagues... 2 Ethiopia is open to resuming talks on dams with Egypt... 3 India protests the desecration of Hindu temples by... 4 No news on the covid front in Castilla-La Mancha:... 5 When are the Madrid Gay Pride 2022 parties? 6 This is 'Xeetox', the winning skewer of... 7 Almost 800,000 euros for the improvement of educational... 8 Ferduque opens its doors to show the enormous potential... 9 Cancellation, delay, return... What if tickets for... 10 Miguel Gutiérrez insinuates that Morocco could be... 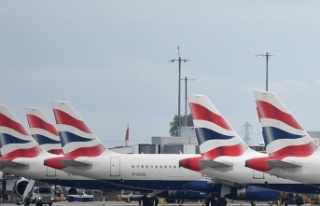