Cancellation, delay, return... What if tickets for O Son do Camiño were purchased?

The accident suffered by the organization of O Son do Camiño, with the collapse of the main stage of the event just a week before the start of the festival in Monte do Gozo, has caused a logical concern in the thousands of people who bought their tickets and subscriptions . 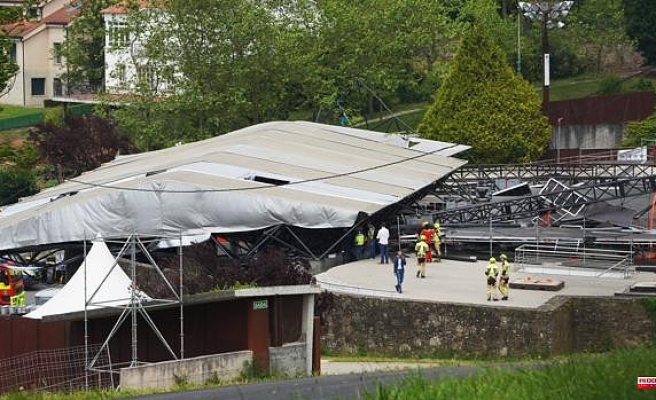 The accident suffered by the organization of O Son do Camiño, with the collapse of the main stage of the event just a week before the start of the festival in Monte do Gozo, has caused a logical concern in the thousands of people who bought their tickets and subscriptions . At the moment there is nothing to suggest that the concerts will not be held, although this will force the promoters to work against the clock to arrive on time and form on Thursday at the beginning of the performances. That is the message that has been transmitted from the Xunta during this Friday, but what rights would consumers who had acquired their tickets attend in the event of a possible cancellation or delay of the festival?

If the organizers could not finally hold the festival, "the consumer has the right to a refund of the ticket", but also "to be compensated for the damages caused", explains Xoan Antón Pérez-Lema, general secretary of the Galician Association of Consumers and Users (Acouga).

"If there are costs due to the cancellation of hotels" or means of transport, these could be claimed alleging that the reason for the trip has been suspended, in this case the festival. But previously it will be necessary to request the cancellation to the hotel or to the airlines or train companies, and that this procedure can be accredited later in the formal claim that is raised. "First, the developer should be complained about, and if they did not answer me, I would file a claim with the Galician Consumer Institute, it is the cheapest, it does not require a lawyer and a quick resolution is guaranteed" in the form of an "arbitration award, which it is firm in law”.

In the event that a delay of a few days is considered, there would be a "substantial alteration" in the conditions of the contract between the promoter and the spectator. "It's not the same festival anymore." If this hypothetical scenario occurs, the consumer has the right to claim with the same means as if the event were cancelled, including damages "always proving that they were paid, and that a demonstrable activity was carried out to try to achieve the best economic conditions" to cancel hotels or means of transportation. "If the organizers offer a ticket exchange for the new dates, the consumer who accepts will waive any other claim."

What if the festival were held but in a smaller format? Pérez-Lema considers that it is a "more difficult" scenario. “I understand that they should offer a discount”, interpreting that “it would not be an essential breach of the conditions” by the organizers. «If we talk about a concert with four stars and two fall out, but they are replaced with filler, that concert is not the same, even if it is done in the same place and at the same time».

One last hypothetical case. O Son do Camiño is celebrated as planned, without changing the poster or dates. But it turns out that there are spectators who do not feel safe and prefer to return their seats. "You do not have any right", considers the general secretary of Acouga, "if the organization says that it continues with the festival, and there is no judicial decision or of the competent administrative authority, here there is a fulfillment of contract". "The subjective feeling of fear is understandable, but it has no legal basis," he settles.

How to channel any possible claims? Xoan Antón Pérez-Lema warns that "the civil route and the consumer route are incompatible", so if one resorts to one, the other is blinded. "The civil procedure for amounts less than 3,000 euros has no appeal," he indicates, "while the Consumer award is final in law unless a special appeal for annulment is filed with the TSXG, but that is very rare." The instance would have to go to the Galician Consumer Institute, and it would be worth approaching any municipal consumer information office.

1 Miguel Gutiérrez insinuates that Morocco could be... 2 The PP demands Sánchez to explain in Congress the... 3 Spain agrees with Biden to accept twice as many Honduran... 4 Minister Robles visits the 'Tigre' attack... 5 A fire in an old workshop under renovation in Usera... 6 Russia justifies the death penalty for three foreign... 7 The judge in the Villarejo case refuses to charge... 8 Japan pledges a greater security role in the region... 9 Bale laughs at his possible signing for Getafe: "I'm... 10 Sergi Roberto's pullita to his teammates after... 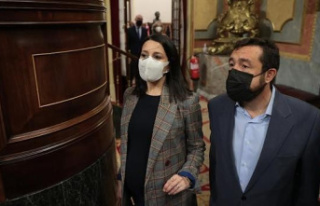 Miguel Gutiérrez insinuates that Morocco could be...