The creation of a new low-cost brand at British Airways has triggered a confrontation between pilots of the UK brand and Iberia. 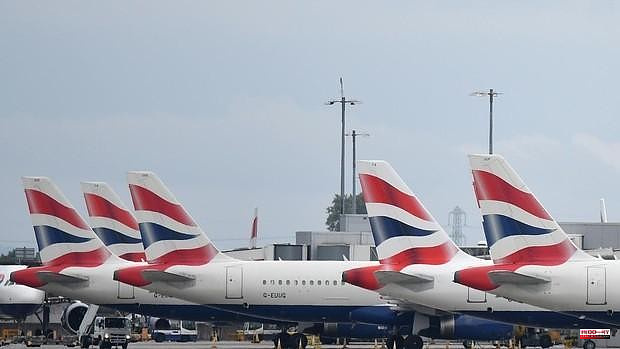 The creation of a new low-cost brand at British Airways has triggered a confrontation between pilots of the UK brand and Iberia. As reported by the trade union section of Sepla in Iberia to its associates in a circular to which this newspaper has had access, the British, organized in the Balpa union, have vetoed the entry of Spanish workers into the new company. A landing that had been agreed due to the shortage of personnel suffered by the British brand.

The program was launched following the announcement of the launch of British Airways Euroflyer, the British airline's new low-cost brand. Balpa and the company then agreed on the possibility that there could be direct hiring for this new brand of commanders external to British, as long as there were no suitable internal candidates in their ranks.

This agreement came about because the union recognized that they did not have enough candidates to fill the vacancies available.

That is why the British Airways team pulled Iberia. The former flag company published an offer of places so that those pilots who wanted to and met the conditions could join the program. The leave of absence represented an opportunity especially for senior co-drivers, where there are promotion problems.

To prevent these workers from suffering a reduction in their working conditions, a salary supplement was also agreed to alleviate issues such as moving to the United Kingdom and looking for a new address. "Because no one would go there losing money," the circular explains.

But this whole program has finally gone to waste. This Thursday, Balpa changed his mind and opposed these workers charging a supplement. And this Friday he has further hardened his position and has directly refused to admit “no pilot of the company or of any nationality other than British, under any circumstances fly on British Airways Euroflyer.

The Sepla section highlights that "this decision, as you all surely share, prevents any type of constructive relationship with the British pilots represented by Balpa who, moreover, do not seem to understand that the benefits of reaching mutual aid agreements are immensely superior to the of supposedly protectionist measures.

In addition, the Iberia pilots explain that they have already "made known to our contacts at Balpa our deep disappointment and discomfort at this unfortunate decision and, since it seems that it has been taken by the Balpa national executive committee, we will urge SEPLA (Institution ) to send them a rejection letter demanding a formal answer as to why this decision was made and justifying the reasons for it».

Beyond the confrontation with British, the union section is preparing to hold a new assembly that will probably take place during the second half of this month. “These are times of immense union activity in which events are developing rapidly. In any case, we want to insist on our message that it is important that we see each other soon face to face to discuss all the issues that concern us and to update the latest developments in the negotiation of the collective agreement, "explains the circular.

1 Ethiopia is open to resuming talks on dams with Egypt... 2 India protests the desecration of Hindu temples by... 3 No news on the covid front in Castilla-La Mancha:... 4 When are the Madrid Gay Pride 2022 parties? 5 This is 'Xeetox', the winning skewer of... 6 Almost 800,000 euros for the improvement of educational... 7 Ferduque opens its doors to show the enormous potential... 8 Cancellation, delay, return... What if tickets for... 9 Miguel Gutiérrez insinuates that Morocco could be... 10 The PP demands Sánchez to explain in Congress the... 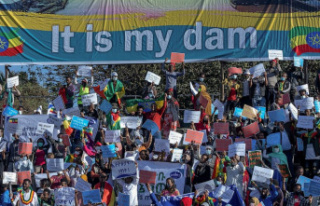 Ethiopia is open to resuming talks on dams with Egypt...