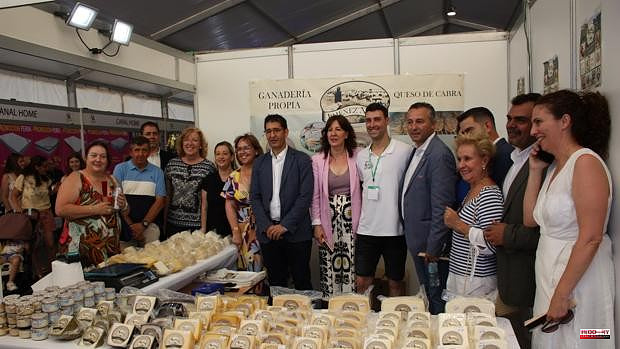 The IV National Agricultural and Livestock Fair of the States of the Duke (Ferduque 2022), organized by the Commonwealth of the States of the Duke and Asaja, opened its doors this Friday in El Robledo. Some 65 stands, more than 50 activities, fifty exhibitors, 10,000 square meters of surface and some 70 head of cattle are the data of this great rural festival that will last until this Sunday.

At the opening ceremony, the president of the Organizing Committee of Ferduque 2022 and mayor of El Robledo, Elena Tamurejo, pointed out that being able to organize and host this type of event "is one more reason to believe in us, in our potential and in our possibilities” and recalled that “El Robledo is agriculture and livestock, it is nature, rural tourism and tradition, and for this reason, this year is the cradle of this great fair that lands in our town to once again become the showcase of our economy , our culture and our tourist attraction».

Fernández pointed out that this edition is more special than the previous ones "because it means a return to normality, because it has been organized in record time and full of difficulties, because farmers and ranchers especially need our support since they are not going through a a good time and because it demonstrates the strength of the rural, the importance of the agricultural and livestock sector and the integrity of some towns and people who are willing to fight for our future».

He has also stressed that Ferduque is a simple and humble fair that has been consolidating, "it has a gap among the largest", but "it has to go further because it deserves more", for which he has asked for extra support for future editions .

The Minister of Equality and spokesperson for the Regional Government, Blanca Fernández, recalled that this fair was born to deal with the milk crisis and pointed out that it serves to showcase the good things we have in the region, which is a lot.

He also stressed that the Estado del Duque region is one of those with the highest density of livestock in all of Castilla-La Mancha and highlighted the importance of the agricultural and livestock sector in preserving the environment, creating jobs and the economy since 18% of the region's GDP comes from this sector "which is a hallmark of Castilla-La Mancha".

The president of the Provincial Council of Ciudad Real, José Manuel Caballero, has assured that "after the pandemic, the rural world returns with great force" and added that "it generates the great pantry of Spain and Europe". In this sense, he has indicated that Ferduque recognizes the rural world, the men and women who live and work in the villages, and a powerful agri-food sector, which has changed, innovated and digitized itself”.

Likewise, the general secretary of Asaja Ciudad Real, Florencio Rodríguez, explained that Ferduque brings development to our towns and stressed that "we have a future, we have a great brand that is Ferduque and a region that needs everyone's support".

1 Cancellation, delay, return... What if tickets for... 2 Miguel Gutiérrez insinuates that Morocco could be... 3 The PP demands Sánchez to explain in Congress the... 4 Spain agrees with Biden to accept twice as many Honduran... 5 Minister Robles visits the 'Tigre' attack... 6 A fire in an old workshop under renovation in Usera... 7 Russia justifies the death penalty for three foreign... 8 The judge in the Villarejo case refuses to charge... 9 Japan pledges a greater security role in the region... 10 Bale laughs at his possible signing for Getafe: "I'm... 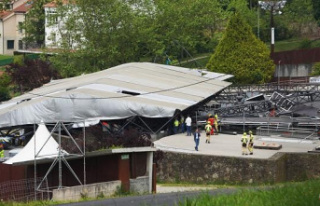 Cancellation, delay, return... What if tickets for...