The Court of Auditors has rejected the request of the Esquerra Republicana de Catalunya (ERC) for the supervisory court to return the deposit of 2. 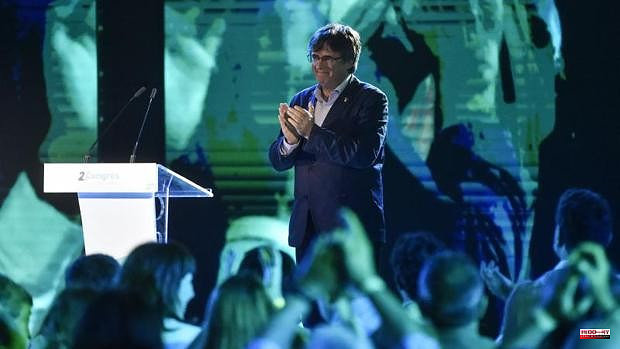 The Court of Auditors has rejected the request of the Esquerra Republicana de Catalunya (ERC) for the supervisory court to return the deposit of 2.1 million euros, which they had to deposit as collateral for the embezzlement of public money committed by the leaders of the 'procés' during the organization of the illegal referendum on October 1, 2017, according to the Catalan Civil Society.

The Court has also rejected the appeal for reconsideration filed by the MEPs Carles Puigdemont and Antoni Comín, joined by Josep Manuel Suárez, Martí Anglada and Lluís Puig, against a decree of the aforementioned Court, by which a lawsuit filed was admitted for processing by the Prosecutor's Office, for accounting liability against several of the main leaders of the pro-independence process, from whom it claims 3.4 million euros.

Both the Public Prosecutor's Office and the Catalan Civil Society (SCC) challenged the reversal appeals filed by the pro-independence leaders. According to SCC, the decision finally announced by the Court of Auditors "destroys" the intention of Puigdemont and Comín to stay out of the procedure and "makes it clear that being a member of the European Parliament does not exempt from fulfilling the accounting responsibility towards the Court of Accounts”.

Catalan Civil Society had filed a lawsuit last month in the Court of Auditors, against eleven former positions of the Generalitat, whom it accuses of having embezzled 5,309,807.02 million euros, outside the statutory powers of the Generalitat , in expenses related to the illegal referendum of October 1 and the international propaganda of the procés.

In April, the pro-independence leaders filed several reversal appeals against the decree of the Court of Auditors and the Public Prosecutor and Catalan Civil Society challenged them, requesting that they be dismissed.

According to this association, the decision of the Court of Auditors reinforces the position of SCC whose president, Elda Mata Miró-Sans, demands "that the embezzled public money be returned and used for legal purposes and the common good," he explains in a note collected by Ep. "For years, the Generalitat has dedicated millions of euros from public coffers, paid for with our taxes, to promoting sectarian actions that violate the law and the basic principles of the rule of law," Mata Miró-Sans highlighted. In this sense, she has made it clear that SCC will not allow the Catalan government to continue acting "with total impunity" and, consequently, they warn that they will respond to each "illegal act" with legal action.

In the press release issued by Sociedad Civil Catalana, the buffet that it represents, Chapapría-Navarro

Catalan Civil Society accuses them of having used public premises for the illegal referendum, thus violating the neutrality of public space, and of allocating public money to expenses for dissemination and digital infrastructure to promote the illegal referendum. Money, they say, that belongs to the citizens as a whole that also served to pay for the ballots, pay for trips to supposed international observers and hire lobbies to promote the independence cause.

1 The PP of Alicante describes as "barbarous"... 2 Watchdog says Afghan Taliban detaining, torturing... 3 Inflation does not loosen in the US: prices rise 8.6%... 4 Hungary is accused of discrimination in relation to... 5 Malaysia accepts the elimination of mandatory death... 6 The PP asks Iceta to explain if the rugged 'selfie'... 7 The IVAM Alcoi investigates the meanings of the contemporary... 8 'Carmina Burana' will fill the Plaza Mayor... 9 The Valencian Community registers 3,109 new cases... 10 Treatment to minimize the impact of mosquitoes in... 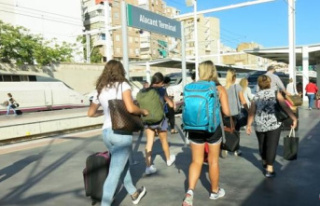 The PP of Alicante describes as "barbarous"...