'Carmina Burana' will fill the Plaza Mayor of Salamanca with 389 musicians, singers and choristers

A total of 389 musicians, seven different groups under the baton of Mario Vercher to interpret 'Carmina Burana', the scenic cantata by Carl Orff that will make the Plaza Mayor of Salamanca a stage in which to take classical music to another level. 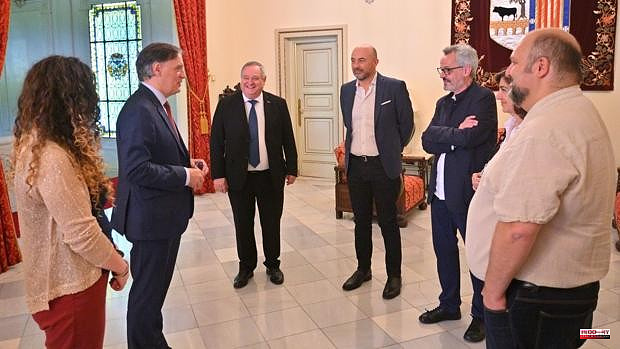 A total of 389 musicians, seven different groups under the baton of Mario Vercher to interpret 'Carmina Burana', the scenic cantata by Carl Orff that will make the Plaza Mayor of Salamanca a stage in which to take classical music to another level. The mayor of the Charra capital, Carlos García Carbayo, expressed today in his presentation that this will be a "unique opportunity to enjoy the artistic and musical level that exists in Salamanca, which is very broad."

1,064, for which an invitation will be necessary, in addition to the total capacity of the charra agora, they will house all those who come to enjoy classical music on the nights of June 18 and 19 at 10:30 p.m. The invitations will be available on Tuesday, June 14, starting at 11 am, on the website www.ciudaddecultura.org.

"Illusion, desire, art and science" are the key ingredients that, according to García Carbayo, the interpreters will carry on stage to make this scenic cantata sound, in the adaptation for band made by the Spanish composer Juan Vicente Mas Quiles. Thus, the first mayor also pointed out that the concerts are the "result of what we want music to be in Salamanca, a great project that makes the city's musical quality known."

For his part, the director of both concerts, Mario Vercher, highlighted the importance of this local project, an initiative with which he has been "very excited" and with which he will bring the instrumental version of 'Carmina Burana' to the stage, in a "very faithful and very good arrangement that is being interpreted throughout Spain".

Songs like 'O Fortuna' will make up the 24 numbers of this cantata that Carl Off wrote between 1935 and 1936 giving "free rein to his obsession with simple melodies and primitive rhythms". Vercher also pointed out that this project, which has brought together the most important choirs in Salamanca, began its preparations before last Christmas, and after bringing together the directors and planning the criteria, and after the individual work of each musician and group, it has culminated in the intense rehearsals of three and four hours last May.

1 The Valencian Community registers 3,109 new cases... 2 Treatment to minimize the impact of mosquitoes in... 3 The Prosecutor's Office denounces the Government... 4 The Board will create the category of Technician Specialist... 5 The TS confirms a man's permanent reviewable... 6 More than 100 people fight against a fire in Agra,... 7 Two civil guards save the life of a three-year-old... 8 Zapatero and Moratinos meet with the Moroccan Foreign... 9 Calviño denies a gap in the Government for the Sahara... 10 AP PHOTOS - Life continues in Ukraine despite the... 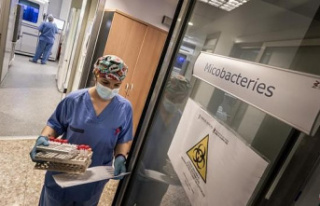