The new symphonic cycle of the Provincial Auditorium will begin in autumn and will include twenty concerts, among which leading international orchestras such as the Philharmonic della Scala or the Royal Concertgebouw Orchestra stand out. 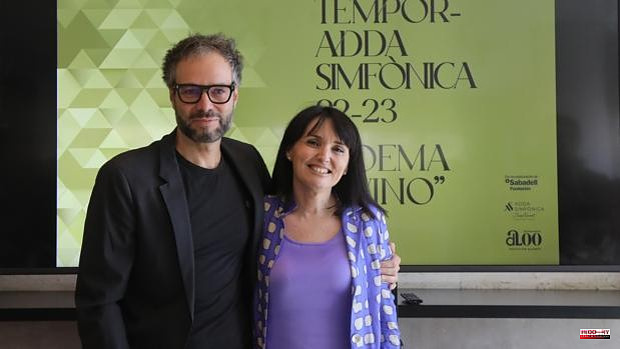 The new symphonic cycle of the Provincial Auditorium will begin in autumn and will include twenty concerts, among which leading international orchestras such as the Philharmonic della Scala or the Royal Concertgebouw Orchestra stand out.

This was announced this morning by the vice president and deputy for Culture, Julia Parra, who assured that the new edition "is presented with an artistic poster that once again surpasses itself as a result of the great effort made to bring top-level groups and soloists to Alicante" . Parra has assured that in the ADDA proposal "once again our commitment to work so that the Alicante public and all our visitors can enjoy a cultural offer of the highest quality at the height of the great capitals is fulfilled, an objective that is being achieving in all our cultural centers, converted into spaces of reference in the national and international sphere".

For his part, the artistic director of the ADDA, Josep Vicent, has highlighted that the next season brings together outstanding soloists and orchestras of international prestige and also renowned musicians and composers from the Valencian Community. Vicent explained that the title of the 2022/23 season, 'Poema Divino', "sums up the general concept that we want to convey to the public with celebratory music that will help us build a bridge between all of us and the world around us ; It is also a season full of energy and a great sonic ecstasy”.

First-rate figures and groups will meet in Alicante, starting on September 23, in a program that will have the opera La Bohème as its final touch, on June 7, 9 and 11, 2023. In addition to the full subscription 'Poema divine' -which includes 20 performances- and the full plus subscription -which includes the opera-, the modalities 'The City of Silence' and 'A new world' are offered with ten concerts each.

Regarding the programming, the head of Culture highlighted that this year the ADDA will host major concerts and a performance of La Bohème. “It will be the second operatic work produced by the Provincial Auditorium and we are already working to ensure that it has the same success that we had last year with Carmen by Bizet, a performance with which we set an unprecedented precedent by adapting an opera to space for the first time of an auditorium, and we have done that here, in Alicante”.

The calendar will kick off in September with Symphonic Dances by ADDA Simfònica conducted by Josep Vicent and with Joaquín Riquelme (viola). Titán will open the month of October with the Filarmonica della Scala on the 1st, under the direction of Ricardo Chailly, and will continue with A New World, performed by ADDA Simfònica, and with the Royal Concertgebouw Orchestra, which will offer The Mahler Orchestra on the 31st , with Daniel Harding in front.

The Milan Symphony Orchestra and Choir, with the voices of Carmela Remigio, Anna Bonitatibus, Carlo Allemanno and Fabrizio Beggi conducted by Claus Peter Flor, will perform Verdi's Requiem on November 11, while ADDA Simfònica will perform again on the 24th , this time with the soloist and director Fumiaki Miura. The pianist Josu de Solaun will be on stage in December and Mitsuko Uchida will do so in January accompanied by the Mahler Chamber Orchestra. Also in January, the ADDA will host the performance of the pianist Juan Pérez Floristan together with the director Ramón Tébar; as well as the Bamberger Symphoniker concert, with Jakub Hrusa and Patricia Kopatchinskaja.

In February, two concerts have been scheduled with ADDA Simfònica (one with the pianist Judith Jaúregui and the other with Roland Pöntinen), as well as the performance of Le Concert des Nations with Manfredo Kraemer and the director Jordi Savall. Yaron Traub will conduct the pianist Iván Martín and ADDA Simfònica on March 9 and the Budapest Festival Orchestra will perform on the 15th with Francesco Piamontesi on piano and Ivan Fischer at the helm.

April will bring to ADDA the performance -on day 2- of the Casals Quartet together with ADDA Simfònica, which will also accompany Nicolás Baldeyrou under the direction of Rune Bergmann, on Thursday 13 April. The month will conclude with a performance by the Royal Philharmonic Orchestra conducted by Vasily Petrenko on Friday April 21 and with the Warsaw Symphony on Thursday 27. ADDA Simfònica and Anna Fedorova (piano) will culminate the symphonic concerts in May under the direction of Josep Vicent .

1 An unidentified fishing boat loaded with 560 kilos... 2 Open day and guided tours in the Municipal Archive... 3 Health notifies 3,019 new cases of coronavirus and... 4 "I'm not going to jump after you":... 5 Interior will reinforce the 12 largest Spanish airports... 6 A heads-up sailing through the Rías Baixas with the... 7 The Justice lifts the precautionary measures of the... 8 A young man enters prison for the aggression that... 9 Amazon's solar roof will generate renewable energy... 10 The central government allocates 6.9 million to prevent... 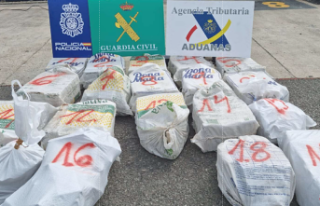