The Justice lifts the precautionary measures of the decree to pass the course and accuses CC.OO. of "bad faith"

The High Court of Justice of Madrid, which last week accepted the extremely precautionary measures requested by CC. 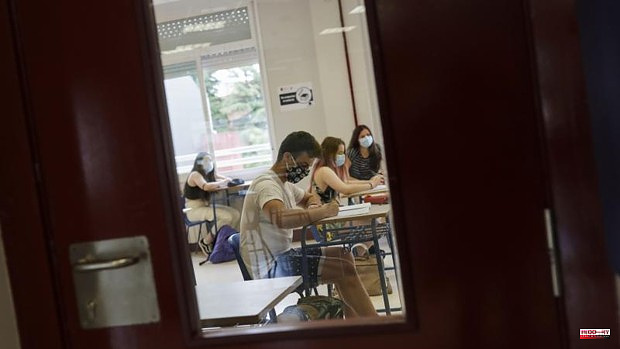 The High Court of Justice of Madrid, which last week accepted the extremely precautionary measures requested by CC.OO. in its appeal against the decree promoting the course and suspended said decree, it has now lifted said measures, and also condemns the union to pay costs for "bad procedural faith."

The Government of the Community of Madrid recently approved a decree that sets the objective criteria for teachers to decide which students pass the course and which repeat. They did it to defend themselves from what the Ayuso executive considers "the lax regulations of the Government of Spain" in this matter.

In said decree, it is established that large majorities of teachers will decide on the promotion of students.

CC.OO. appealed said decree, and also requested very precautionary measures to suspend its application. The measures were granted at first, on May 24.

But once the TSJM has entered into the legal substance of the matter, it has decided to lift the precautionary measure. The legal services of the Community of Madrid presented on Friday, May 27, the allegations to revoke this decision, with which two of the five magistrates who signed the order showed their disagreement.

According to the Community, the regulations of the central Executive, approved last November when the course had begun, did not establish specific criteria to objectively decide whether a student should pass the course or obtain the ESO degree and, in addition, eliminated the possibility that they were, the autonomous communities, those that developed them.

"The regional Executive understands that this situation left the teaching teams with all the responsibility, which could lead to a disparity of criteria between the different educational centers." Faced with this laxity and lack of specificity, the Madrid Government includes in the decree that in ESO, the student repeats the year when he has three or more failed subjects, although exceptionally he may promote with three as long as they are not simultaneously Spanish Language and Literature and Mathematics, circumstances that from the Community of Madrid are already considered to facilitate enough.

Likewise, the promotion and evaluation decisions at this stage that the teaching teams have to adopt must be made by a qualified majority of two thirds of its members and after deliberation.

As for Baccalaureate, students will pass the first year when they pass all subjects or have a maximum of two insufficient ones, as was the case until now. However, after the approval of the LOMLOE, the possibility was opened for a student to pass the second year and obtain the Baccalaureate degree with a fail, and, therefore, access university education in these circumstances.

The Community of Madrid intends to avoid this circumstance, so if this situation could arise, the deliberation would have to be validated with a qualified majority of four-fifths of the teaching team.

The order of the TSJM points out that when requesting the very precautionary measure, the CC.OO. He omitted to mention that the same regulations that he was now appealing "were being applied in the centers and by the teaching teams" of the Community of Madrid since November of last year, when the resolution that set them in motion was approved, and that it was also appealed by CC.OO., something that he did not mention in his current appeal either. "Such an omission can be considered procedural bad faith" on the part of the union, he points out, and he is sentenced to pay the costs.

1 A young man enters prison for the aggression that... 2 Amazon's solar roof will generate renewable energy... 3 The central government allocates 6.9 million to prevent... 4 The Government transfers 46 million euros to the Generalitat... 5 Finca Río Negro incorporates Xavier Ausás as a new... 6 The robot that helps children with spinal cord injuries... 7 France enters an area of ​​political turbulence... 8 Doing works in Lisbon is more expensive than in Madrid... 9 How much money do I have to earn to be forced to be... 10 «Mutuelle Bleue» leads the Sardindha Cup fleet in... 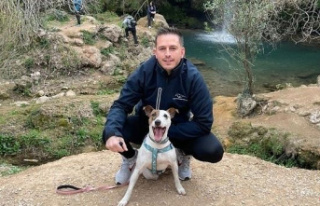 A young man enters prison for the aggression that...