A young man enters prison for the aggression that another has confessed: "If someone should be there, it's me"

"We all know how unfair Justice has been with me (since the person who has been, has accused himself) and how bad some people can be. 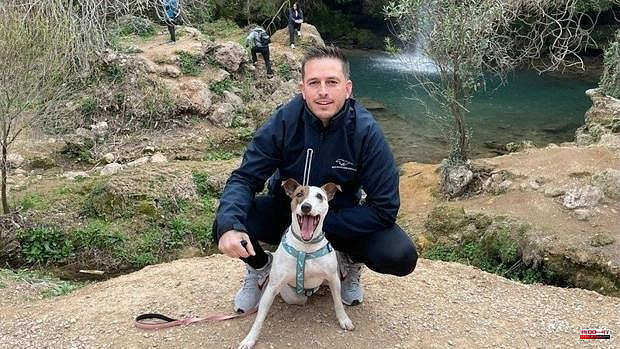 "We all know how unfair Justice has been with me (since the person who has been, has accused himself) and how bad some people can be." It is the message that the young Valencian Pau Juan has left on social networks before entering prison to serve a three and a half year sentence for assaulting a man in a bar in 2016.

While he was thanking the support of family and friends who bid him farewell with applause at the gates of the Picassent Penitentiary Center, one of his friends confessed, before the microphones of À Punt, to being the true author of the crime.

However, that has not stopped the execution of the final judgment of the Valencia Court, pending the pardon requested for the convicted person - who has always defended his innocence - and who plans to enjoy the third degree in a matter of weeks.

For now, the great mobilization of his people, Antella, which has collected nearly 4,000 signatures online, not counting handwritten ones, has had no effect. But his neighbors do not lose heart.

Until now, legal sources confirm to ABC, the real culprit, Isaac Lozano, had not so clearly admitted the authorship of the crime despite the fact that he appeared in court, although he did so through a letter. For his part, the victim, who had a glass broken on his head, continues to accuse Pau.

«I would change for Pau now. If there is someone who should be entering jail today, it is me, ”Isaac Lozano, the young man who incriminates himself, assured this Monday. He has admitted that the condemned man was not there at the time of the events and does not understand why the victim points to him when there are even witnesses who reject his version, something that complicates the reopening of the case.

"I've been saying for years that it was me," he added to Valencian public television, while asking "for justice to be done and for Pau to spend as little time as possible in prison. He doesn't deserve to be there."

1 Amazon's solar roof will generate renewable energy... 2 The central government allocates 6.9 million to prevent... 3 The Government transfers 46 million euros to the Generalitat... 4 Finca Río Negro incorporates Xavier Ausás as a new... 5 The robot that helps children with spinal cord injuries... 6 France enters an area of ​​political turbulence... 7 Doing works in Lisbon is more expensive than in Madrid... 8 How much money do I have to earn to be forced to be... 9 «Mutuelle Bleue» leads the Sardindha Cup fleet in... 10 The Diputación de Alicante requests Next Generation... 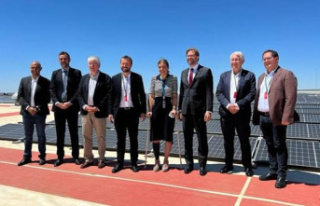