The National Police, in a joint operation with the Civil Guard and Customs Surveillance of the Tax Agency, have intercepted in waters south of the Canary Islands a fishing boat without a flag or visible identification signs that was transporting 560 kilos of cocaine bound for Europe. 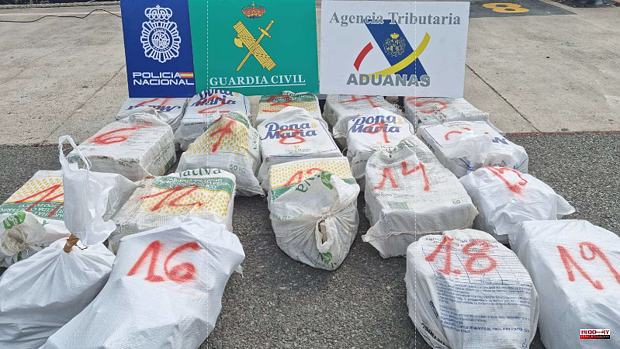 The National Police, in a joint operation with the Civil Guard and Customs Surveillance of the Tax Agency, have intercepted in waters south of the Canary Islands a fishing boat without a flag or visible identification signs that was transporting 560 kilos of cocaine bound for Europe.

The operation, called 'White Brazil', led to the boarding of the ship, a 19-meter-long fishing vessel converted for the illicit transport of narcotics, some 270 nautical miles south of the Canary Islands. The action has proceeded to the arrest of the eight crew members of the boat, all of them of Brazilian nationality.

The actions, directed and coordinated by the Anti-Drug Prosecutor's Office of the National High Court, began within the framework of international cooperation, with the exchange of information between the investigative agencies, the MAOC-N (Center for Analysis and Operations of the Atlantic) and the CITCO (Intelligence Center Against Terrorism and Organized Crime), which determined the existence of a vessel suspected of illicit drug trafficking from South America.

From that moment, the Deputy Directorate of Customs Surveillance of the Tax Agency, in coordination with the Central Narcotics Brigade of the National Police and the UTPJ of the Civil Guard, established the deployment for the location, identification and, where appropriate, boarding of the objective, which was finally carried out by the Special Operations Vessel 'Petrel' of the Tax Agency.

This operation is framed in the fight against drug trafficking in the so-called 'Atlantic Route' of cocaine, known for being used by fishing boats that, coming from South America, transship narcotic substances in the middle of the Atlantic for their subsequent introduction in the continent European.

The search for the target was highly complex in nautical terms, given the scant information on the ship's geolocation. In turn, the navigation conditions up to the time of the intervention had been complex due to adverse weather conditions passing through the Madeira archipelago due to the Azores storm.

Finally, once the fishing vessel was detected, a quick and clear boarding action was carried out in technical safety conditions despite the state of the sea.

During the course of the intervention, a significant number of bundles of those commonly used for cocaine trafficking were found. At that time, the eight unidentified fishing crew members were arrested, as well as the vessel was secured.

Once the detainees were embarked on the 'Petrel', the fishing boat was towed and transferred to the port of Las Palmas de Gran Canaria where the detainees and the boat, the drugs and the police proceedings were handed over to the Central Court of Instruction in Guard functions of the National Court.

1 Open day and guided tours in the Municipal Archive... 2 Health notifies 3,019 new cases of coronavirus and... 3 "I'm not going to jump after you":... 4 Interior will reinforce the 12 largest Spanish airports... 5 A heads-up sailing through the Rías Baixas with the... 6 The Justice lifts the precautionary measures of the... 7 A young man enters prison for the aggression that... 8 Amazon's solar roof will generate renewable energy... 9 The central government allocates 6.9 million to prevent... 10 The Government transfers 46 million euros to the Generalitat... 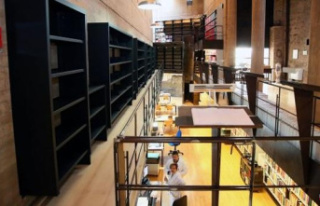 Open day and guided tours in the Municipal Archive...