The Government rules out that there are problems with passport controls at airports. 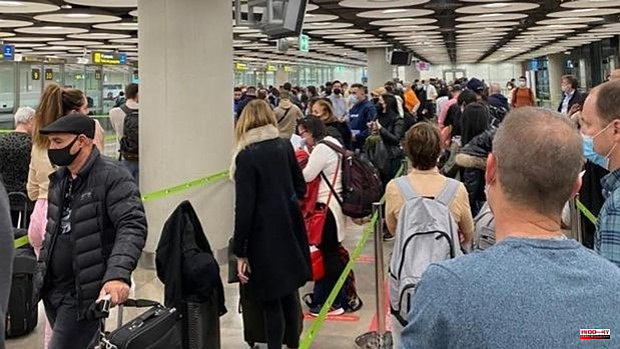 The Government rules out that there are problems with passport controls at airports. But at the same time, sources from the Ministry of the Interior have assured a group of media outlets that they will put 500 more police officers in the twelve largest Spanish airports to avoid problems. Reinforcements that will be distributed in Madrid, Barcelona, ​​Valencia, Malaga, Alicante, Tenerife Sur, Menora, Palma, Ibiza, Lanzarote, Fuerteventura and Gran Canaria.

Within these 500 additional troops, which will come from the new promotion of the police, 189 will be assigned to the Madrid-Barajas airport, one of those that is having the most problems in the controls. Another 89 police officers will be assigned to El Prat and another 50 to Palma de Mallorca.

These troops may be increased if necessary in the summer.

Because there will be a mobile unit that can be moved to the airport posts where there is more congestion, these same sources have explained to the media.

Despite the reinforcement, the ministry insists that the figures given by Iberia, which has ensured that between March and May 15,000 passengers lost their connecting flight due to the collapse of police filters, are false. And they have caused "surprise" in the department. “At certain times queues can occur, but as happens in all countries. From Aena nobody has transmitted to us that there is a problem in the controls, ”these same sources have explained.

Interior also denies that Brexit is causing congestion at airports, despite the fact that this is the first year in which the British are considered non-EU travelers for all purposes and have to pass greater controls.

"The British do not pose a migratory problem and we expected that they would be considered non-community," they emphasize from the Interior. The Government ensures that these travelers, who represent the largest market for the tourism sector, already go through lighter filters than the rest of non-EU citizens.

The Government justifies the delay in its shock plan by recalling that the pre-crisis air traffic figures have not yet been reached. And he assures that he modifies his police endowment based on Aena's forecasts. In 2019, there were 1,456 police officers at these airports, while now, without the announced reinforcement of 500 police officers, it stands at 1,226.

1 A heads-up sailing through the Rías Baixas with the... 2 The Justice lifts the precautionary measures of the... 3 A young man enters prison for the aggression that... 4 Amazon's solar roof will generate renewable energy... 5 The central government allocates 6.9 million to prevent... 6 The Government transfers 46 million euros to the Generalitat... 7 Finca Río Negro incorporates Xavier Ausás as a new... 8 The robot that helps children with spinal cord injuries... 9 France enters an area of ​​political turbulence... 10 Doing works in Lisbon is more expensive than in Madrid... 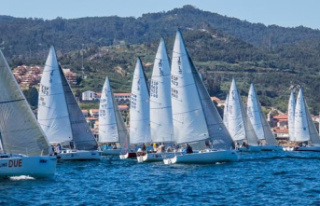 A heads-up sailing through the Rías Baixas with the...