"I'm not going to jump after you": policemen see a man drown in a lake and do nothing to save him

A man drowned in an Arizona lake last month, and as he pleaded for help in the water, nearby local police officers refused to rescue him, according to a transcript of footage from an officer's camera. 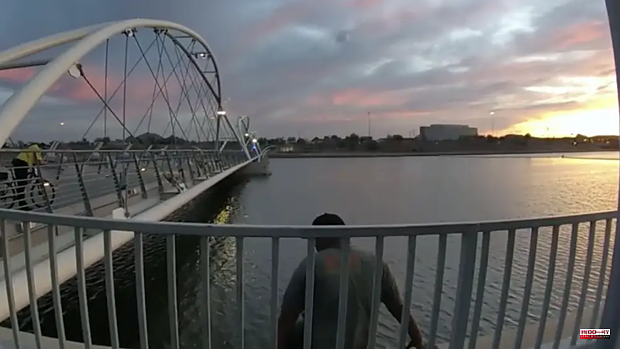 A man drowned in an Arizona lake last month, and as he pleaded for help in the water, nearby local police officers refused to rescue him, according to a transcript of footage from an officer's camera.

"I'm drowning," Sean Bickings, 34, told Tempe Police Department officers during the May 28 incident at Tempe Town Lake, according to a video transcript released by the city and reviewed by Insider. . An officer responded to Bickings, "Okay, I'm not going to jump after you," moments after another officer directed Bickings to go to a pylon, the transcript shows. "Please help me.

Bickings, whom city officials described as a "member of the Tempe community," drowned after jumping into the lake and being unable to swim. In a statement, Tempe City Manager Andrew Ching and Police Chief Jeff Glover called Bickings' death "a tragedy."

Police body camera footage released by the city shows the moments before Bickings jumped into the water. Tempe officers were called to the scene shortly after 5 a.m. May 28 for a reported dispute between Bickings and a woman who identified herself to police as his wife, authorities said.

When officers arrived, they spoke with Bickings and the woman, who denied that any physical confrontation had occurred. "He didn't do anything wrong. We have a bad habit of interrupting each other sometimes," the woman told officers, according to police body camera video.

Authorities said Bickings jumped into the water while officers were checking the couple's names against a database to check for outstanding warrants as part of standard procedure. "They were not detained for any crime either," authorities confirmed about the couple.

Seconds before Bickings jumped into the water, he told officers, "I'm going for a swim," before adding, "I'm free to go, right?" body camera video shows. The officers told Bickings that he was not allowed to swim in the lake. “How far do you think he will be able to swim?” an agent asked, footage shows. Shortly afterward, an officer was heard saying over the radio that "subject" had jumped into the lake.

The drowning was not included in the video released by police, and instead a note was shown on the recording before it ended: "Due to the sensitive nature of the remaining portion of the recording, a transcript of the sensitive part of the event is provided for full transparency.”

Moments after Bickings dove into the water, an officer asked him, "What's your plan right now?" "I'm going to drown," Bickings began. "I'm going to drown." Police and Bickings' woman argued, with her saying at one point, "I'm distraught because she's drowning in front of you guys and you guys won't help," according to the transcript.

At one point, two officers said another agent was "going to get the boat," the transcript says. Authorities said Bickings "swam 100 feet before repeatedly indicating that he was in danger." They added: "It soon sank and did not rise again."

The three Tempe police officers who did not intervene to save the drowning man have been placed on leave while the Arizona Department of Public Safety and the Scottsdale Police Department investigate their actions.

1 Interior will reinforce the 12 largest Spanish airports... 2 A heads-up sailing through the Rías Baixas with the... 3 The Justice lifts the precautionary measures of the... 4 A young man enters prison for the aggression that... 5 Amazon's solar roof will generate renewable energy... 6 The central government allocates 6.9 million to prevent... 7 The Government transfers 46 million euros to the Generalitat... 8 Finca Río Negro incorporates Xavier Ausás as a new... 9 The robot that helps children with spinal cord injuries... 10 France enters an area of ​​political turbulence... 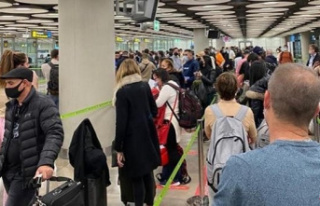