A hand in hand sailing through the Rías Baixas. 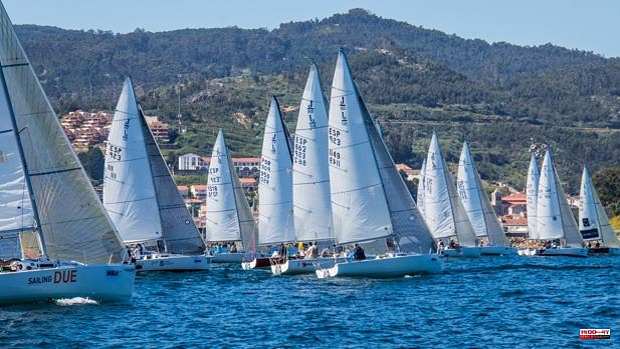 A hand in hand sailing through the Rías Baixas. That will be the Galician Two-handed Championship that will be held next Saturday under the organization of the Monte Real Yacht Club. The Royal Galician Sailing Federation has delegated, for yet another year -and there are now eleven- in the Baionese club the organization of one of the most exciting sailing events in Galicia, not so much because of its route, but also because of the characteristics of the competition, in which only two people will go on board the sailboats.

A skipper and a single crew member who must take care of both the tactics and the maneuvers of the boat throughout the more than 35 nautical miles that it takes to complete the route between Baiona and the island of Ons, which the sailboats must reach before return back to Bayonne.

In their navigation they will pass by the Carallones and La Negra beacons and will continue to climb, leaving aside the archipelago of the Cíes Islands and the Onza Island before reaching the Camouco lighthouse, northeast of the Ons Island, in front of Cova do Wolf. Once there and after turning the lighthouse, they will start the descent to Baiona, where the finish line will be waiting for them.

With a few days to go before the registration deadline closes, there are already more than twenty boats registered to participate in the championship and the organization hopes to reach thirty. They will be grouped into two classes: cruiser and J80; and in both there will be -if a minimum of inscriptions is reached- three categories: general, mixed and feminine.

In the cruise class we will see people like Javier Pérez and Esteban Gañete aboard the Orión; Javier Rey and Jorge Justo at the Secolite; Jacobo Vecino and Brenda Maure crewing the Salaño Dos; Vicente Cid and Javier Fernández-Ahuja in Deep Blue 2.1; or Agustín Marquina and Fernando Rey in the Erizana, among others.

They will compete in compensated times making the difference with the J80, the other class in contention, which will do it in real time. On board the 8 meters there will be some of the regular sailors from the Monte Real one-design leagues, such as the couple formed by Luis de Mira and Susana Baena, from the club itself; Juan Martínez Pazó and José Ignacio Correa, from the Bouzas Maritime School; or Rafael Blanco and Alejandro Vázquez, from the Real Club Náutico de Portosín.

In addition to the prizes of the MRW Trophy and the Galician Two-Handed Championship, the competition will deliver two special trophies, those related to the Rafael Olmedo Memorial, with which the Monte Real Yacht Club honors its former president for more than 40 years. They will be taken by the best classified in cruiser and J80.

The competition, which can be followed live on the Monte Real website (www.mrcyb.es) thanks to a virtual reality system, will begin on Saturday at eleven in the morning. Previously, the day on Friday will be devoted to measurements, security controls and meeting of patterns. And the awards ceremony will take place at eight o'clock on Saturday afternoon in the gardens of the Baiones club.

Some of those who have already confirmed their attendance at the award ceremony are the president of the Monte Real Yacht Club, José Luis Álvarez; the executive director of MRW Vigo and sponsor of the competition, Santos Almeida; the mayor of Bayonne, Carlos Gómez; and the deputy for Sports of the Pontevedra Provincial Council, Gorka Gómez. It is also expected that a representative of the Xunta de Galicia will attend, yet to be confirmed.

1 The Justice lifts the precautionary measures of the... 2 A young man enters prison for the aggression that... 3 Amazon's solar roof will generate renewable energy... 4 The central government allocates 6.9 million to prevent... 5 The Government transfers 46 million euros to the Generalitat... 6 Finca Río Negro incorporates Xavier Ausás as a new... 7 The robot that helps children with spinal cord injuries... 8 France enters an area of ​​political turbulence... 9 Doing works in Lisbon is more expensive than in Madrid... 10 How much money do I have to earn to be forced to be... 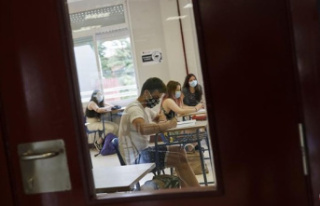 The Justice lifts the precautionary measures of the...