Storage tanks difficult to fill: Moscow is putting even more pressure on the gas industry 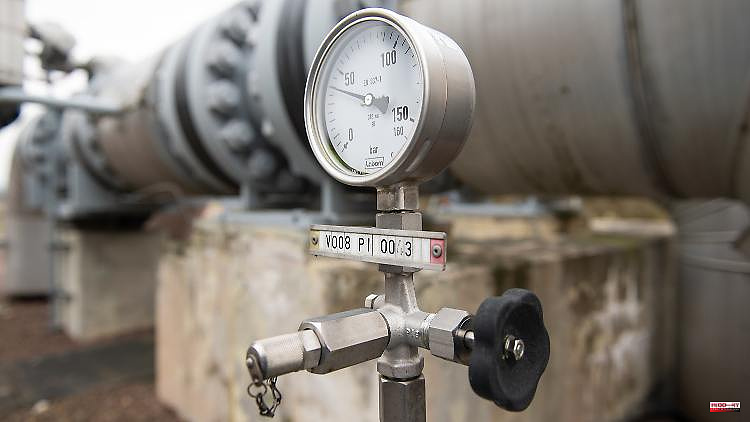 According to a new law, German gas storage facilities must reach minimum filling levels on certain dates. But Russia and its attack on Ukraine are constantly presenting operators with new challenges.

Russia's announcement that it would impose sanctions on former subsidiaries of the energy group Gazprom has caused an uproar in Germany's gas industry, which is already battered. On Thursday, the government in Moscow published a list of 31 companies with which Russian companies will soon no longer be allowed to do business - including the Gazprom subsidiary Gazprom Germania. Gazprom Germania has been held in trust by the Federal Network Agency since the beginning of April due to the attack on Ukraine, but formally it still belongs to Gazprom.

The industry had previously been unsettled by reports that less natural gas was flowing west through the Ukrainian transit pipelines due to the war, and that for the first time gas transport was also directly affected by the Russian attack. The reason is that the Soyuz pipeline, one of the central supply lines, runs through the contested Luhansk region in eastern Ukraine, which is partly controlled by pro-Russian units.

Moscow's new decision could complicate an important project that the energy industry in Germany has been struggling with for several weeks: According to the new law on gas storage levels passed at the beginning of April, the operators of German storage facilities must demonstrate minimum levels on certain key dates in order to ensure the supply secured with natural gas. In the future, for example, 80 percent fill level will be required by October 1st and even 90 percent fill level by November 1st. According to plans by the EU Commission, states must fill up their gas storage facilities to 80 percent capacity by November 1, 2022.

The law is also a reaction to the situation in the months before the Russian attack, when gas volumes in some storage facilities were well below average. This primarily affected plants that were under the control of the now sanctioned Gazprom Germania - including Germany's largest natural gas storage facility in Rehden, Lower Saxony.

Basically, the operation of the storage was more or less a private matter, now the authorities have a say at a central point. "The state is suddenly playing a much stronger role in the gas market," says Matthias Lang, energy law expert at the law firm Bird

If the storage facility cannot be filled as required because the users are simply feeding in too little gas, the so-called market area manager must now intervene. In Germany, this is the company Trading Hub Europe, which then, in consultation with the Federal Ministry of Economics, has to procure the missing quantities on the gas market - at the expense of the general public. De facto, the state is involved in the procurement, which is also involved in the withdrawal, i.e. the question of when and how much natural gas is fed into the German grid from the storage facilities.

In theory, the new sanctions from Russia would prohibit Gazprom Germania from supplying Russian gas and thus also from filling its storage facilities - although this would probably be difficult to implement in practice. "Whoever is allowed to store and withdraw what in Germany does not decide according to Russian law," says Lang. "But if the gas is no longer physically available, then of course it can't be stored either." In other words: as long as natural gas is still flowing, the Russian sanctions are basically only effective on paper.

In the event of a real halt to Russian gas supplies, however, only a handful of countries in Europe could fill up their gas storage facilities by the next heating season as required by the EU Commission. This emerges from a situation report on the energy supply from the Federal Network Agency and the Federal Ministry of Economics from the beginning of May, which is available to "Capital". According to the paper, if deliveries were stopped in a timely manner, only Belgium, France, Spain, Portugal and Great Britain would be able to fill their storage facilities to 100 percent by the end of the summer. Three other countries could reach a level between 30 and 60 percent. This affects the Netherlands, Germany and Italy. Above all, the Central and Eastern European countries would miss the targets by far.

Last year, Germany covered more than 50 percent of its gas requirements from Russia. Federal Economics Minister Robert Habeck from the Greens has been working for weeks to reduce the Russian share as quickly as possible. For this purpose, floating LNG terminals are to be built on the German coast from next winter.

The figures from the report are based on the scenario of a delivery stop in April. Since then, the filling levels of the German storage facilities have risen by a few percentage points. Recently, however, the Russian gas giant Gazprom had stopped deliveries to Poland and Bulgaria because both countries had not agreed to the new payment terms for gas deliveries. The Russian side requires the contracting parties to open two accounts with Gazprombank so that payments in euros or dollars can be converted into rubles there. Weeks ago, President Vladimir Putin decreed that, unlike in most supply contracts, invoices must be settled in rubles.

According to experts, however, the model with two accounts would violate the EU sanctions against the Russian central bank because the exchange into rubles would go through the central bank. This also raises the question of how the German energy companies will settle their bills with Gazprom at the end of May - and whether the dispute will then escalate.

This text was first published by "Capital". 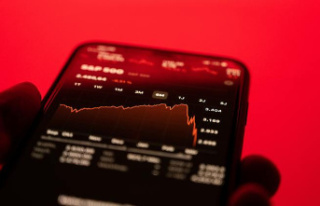 Downtrend on the stock market: how strong is the bear...