The 9-euro ticket is intended to relieve the burden on German citizens for at least three months. 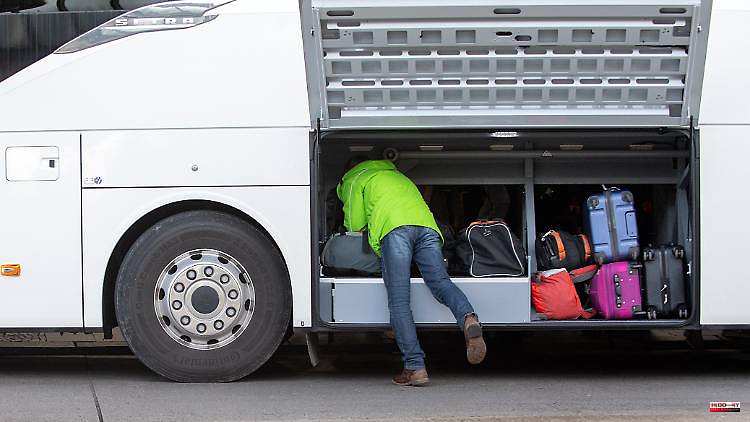 The 9-euro ticket is intended to relieve the burden on German citizens for at least three months. But for the bus industry, the special ticket not only comes at the wrong time, it could also weaken the industry after the pandemic.

The private bus industry warns of the negative effects of the 9-euro monthly tickets planned for the summer, especially on long-distance bus trips. Due to the nationwide validity of the ticket, in addition to its function as a relief for commuters, it is also a "long-distance flat rate", explained the Federal Association of German Bus Companies in a statement for the Bundestag. It is therefore to be expected that many people would opt for the 9-euro ticket and not the long-distance bus when planning their trip. "And that after more than two years of Corona-related passenger failures."

The association explained that bus rentals should also feel competition from the 9-euro ticket. "Many class trips, school trips or club trips are no longer carried out by coach, but are planned in such a way that they can also be carried out with regional rail services." After a long dry spell, the 2022 summer and holiday season could have brought initial recovery and normalization and provided much-needed income. The fact that the 9-euro ticket should be valid nationwide at this very important and busy time poses “a significant risk for the industry”.

According to plans by the federal and state governments, the special tickets should enable trips in local and regional transport nationwide in June, July and August - for 9 euros a month and thus much cheaper than normal monthly tickets. They are part of the traffic light coalition's relief package because of the high energy prices. At the same time, it should be a taster offer to win more customers for buses and trains. The federal government finances it by giving the federal states 2.5 billion euros to compensate for loss of income. The law is to be sealed in the new week by the Bundestag and Bundesrat.

The Federal Association of German Bus Companies explained in the statement for a hearing in the transport committee this Monday that passengers should switch to local transport, especially when traveling from metropolises to the coasts, to low mountain ranges or other tourist destinations. Young people, trainees, pupils and students pay particular attention to inexpensive mobility offers. And "long-distance" local train lines also enabled connections over hundreds of kilometers without having to change trains.

In principle, the association welcomed the fact that, in addition to the tank discount, the relief measures also relieve users of public transport. In order to prevent bus companies from running into liquidity problems due to collapsing fare income, it must be ensured that compensatory funds reach the companies in May before the start of the campaign period in June.

1 Shape German champion: Thyssenkrupp Marine Systems... 2 Powell brightens mood: Wall Street is recovering strongly 3 Highest level in 20 years: Inflation in Russia rises... 4 Bitcoin again at $30,000: crypto market is recovering... 5 Sunfire co-founder Nils Aldag: "Hydrogen, one... 6 Criticism of Habeck: Woidke demands billions in aid... 7 For the first time since the beginning of March: Diesel... 8 High inflation: How to save your money 9 Grains as a weapon of war: how Russia's onslaught... 10 The price of electricity rises 53% this Monday and... 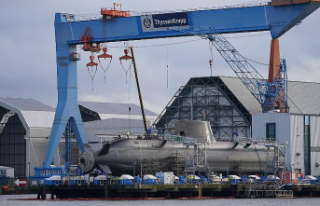