The US stock markets are back on course for recovery. 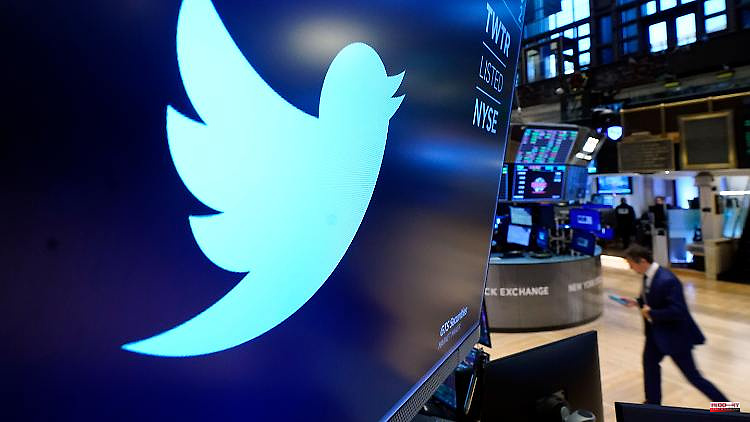 The US stock markets are back on course for recovery. This is mainly due to the statements by Fed Chair Powell. On the other hand, Tesla boss Musk, who is putting his billion-dollar takeover of Twitter on hold, is causing a stir. Shares plunge 9.6 percent.

After a long dry spell with some shaky signs of stabilization, Wall Street has been able to recover. US Federal Reserve Governor Jerome Powell provided the mood lift at the end of the week. While Powell wouldn't rule out a "big" 75 basis point rate hike that the market feared, he did appease by saying, "I said we're not actively considering that."

However, traders spoke of undiminished concerns about the current economic development, the market environment with fears of stagflation remained negative, it said. The Nasdaq alone posted losses of 6.3 percent from Monday to Thursday, but also recovered particularly strongly towards the end of the week.

According to Powell and the already published consumer and producer inflation data, import and export prices became less important. The recent trend of weakening inflationary pressures has been confirmed by the new data. Meanwhile, consumer sentiment clouded over more than expected.

Among individual stocks, Twitter fell 9.7 percent, premarket it was up to 25 percent. Elon Musk has put the takeover of the short message service Twitter on hold. The major investor has doubts about the number of actual users because of many fake accounts. Therefore, the takeover price might have to be renegotiated. But he doesn't question the deal itself.

Robinhood, on the other hand, jumped almost 25 percent. The CEO of the cryptocurrency exchange FTX Trading has joined the operator of the trading platform of the same name. Sam Bankman-Fried owns 7.6 percent of Robinhood Markets, according to a filing with the Securities and Exchange Commission.

Fintechs in general were hit by the wheels in the course of the recent market turbulence. This also applied to Affirm Holdings, which are now up 31.4 percent. The payment service provider had surprisingly increased its revenue significantly in the third quarter and was confident that it would be able to survive even in a volatile market environment. Since the beginning of the year, however, the share price has fallen by more than 85 percent.

The business figures of Motorola Solutions (6.9 percent) were also positively received. The provider of communication solutions for authorities and organizations with security tasks, which emerged from the Motorola split in 2011, exceeded analysts' expectations in the first quarter.

The increased risk appetite manifested itself in the slightly weakened dollar, the dollar index lost 0.3 percent. However, the MUFG analysts continue to rely on rising dollar prices. The euro, on the other hand, is likely to remain vulnerable to phases of weakness. On the bond market, too, where prices fell and yields rose, traders spoke of falling risk aversion. Concerns about stagflation had recently boosted the listings.

Meanwhile, oil prices rose significantly, although the planned EU embargo on Russian oil is becoming increasingly unlikely. Hungary wants to oppose this. Nevertheless, the International Energy Agency sees a tighter supply due to the EU sanctions against Russia. Russia lost supply volumes in April, the development is likely to continue in May, it said.

Gold prices fell to a fourteen-week low as market interest rates rose, after posting its biggest weekly loss in 11 months. Above all, the demand with the tightening of monetary policy. The prospect of rising key interest rates speaks overall against the precious metal, it said.

1 Highest level in 20 years: Inflation in Russia rises... 2 Bitcoin again at $30,000: crypto market is recovering... 3 Sunfire co-founder Nils Aldag: "Hydrogen, one... 4 Criticism of Habeck: Woidke demands billions in aid... 5 For the first time since the beginning of March: Diesel... 6 High inflation: How to save your money 7 Grains as a weapon of war: how Russia's onslaught... 8 The price of electricity rises 53% this Monday and... 9 Industry ruled out the use of European funds to intervene... 10 ERC requires the Treasury to increase the staff of... 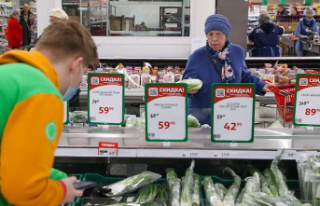