Highest level in 20 years: Inflation in Russia rises to 17.8 percent

Food prices have risen massively in Russia, sometimes by a third. 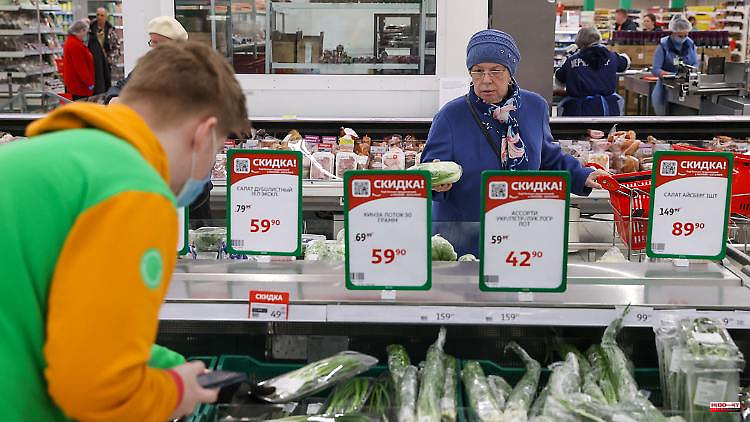 Food prices have risen massively in Russia, sometimes by a third. Inflation hits its highest level in two decades. But President Putin is sticking to it: the sanctions imposed because of the Ukraine war have done more harm to the West than to his country.

Amid Western sanctions over the military offensive in Ukraine, Russia's inflation has soared to its highest level in two decades. The annual inflation rate reached 17.8 percent in April, according to the Russian statistics agency Rosstat. In the case of food prices, the rate of inflation was even 20.5 percent. The development is a cause for concern, especially for low-income households.

According to Rosstat, pasta rose by 29.6 percent compared to the same period last year, the price of butter rose by 26.1 percent and fruit and vegetables rose by 33 percent. According to the Russian central bank, it expects the inflation rate to rise to 23 percent this year before falling next year and finally reaching the target of four percent again in 2024.

Inflation in Russia has been rising for months. There are various factors for this, such as the economic consequences of the corona pandemic and high raw material prices. In addition, because of the decision by Kremlin chief Vladimir Putin to send troops to Ukraine, Western states imposed a series of severe sanctions that, among other things, lead to logistical problems in the Russian economy.

On Thursday, however, Putin assured that the West would do more harm to itself than Russia with its sanctions. His country is resilient to "external challenges".

1 Bitcoin again at $30,000: crypto market is recovering... 2 Sunfire co-founder Nils Aldag: "Hydrogen, one... 3 Criticism of Habeck: Woidke demands billions in aid... 4 For the first time since the beginning of March: Diesel... 5 High inflation: How to save your money 6 Grains as a weapon of war: how Russia's onslaught... 7 The price of electricity rises 53% this Monday and... 8 Industry ruled out the use of European funds to intervene... 9 ERC requires the Treasury to increase the staff of... 10 Liberbank's digital banking will suffer interruptions... 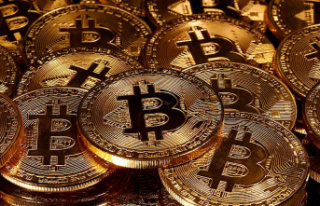