TULSA | “If I was told that I would only win one tournament for the rest of my life, the one I would want to win is this one. 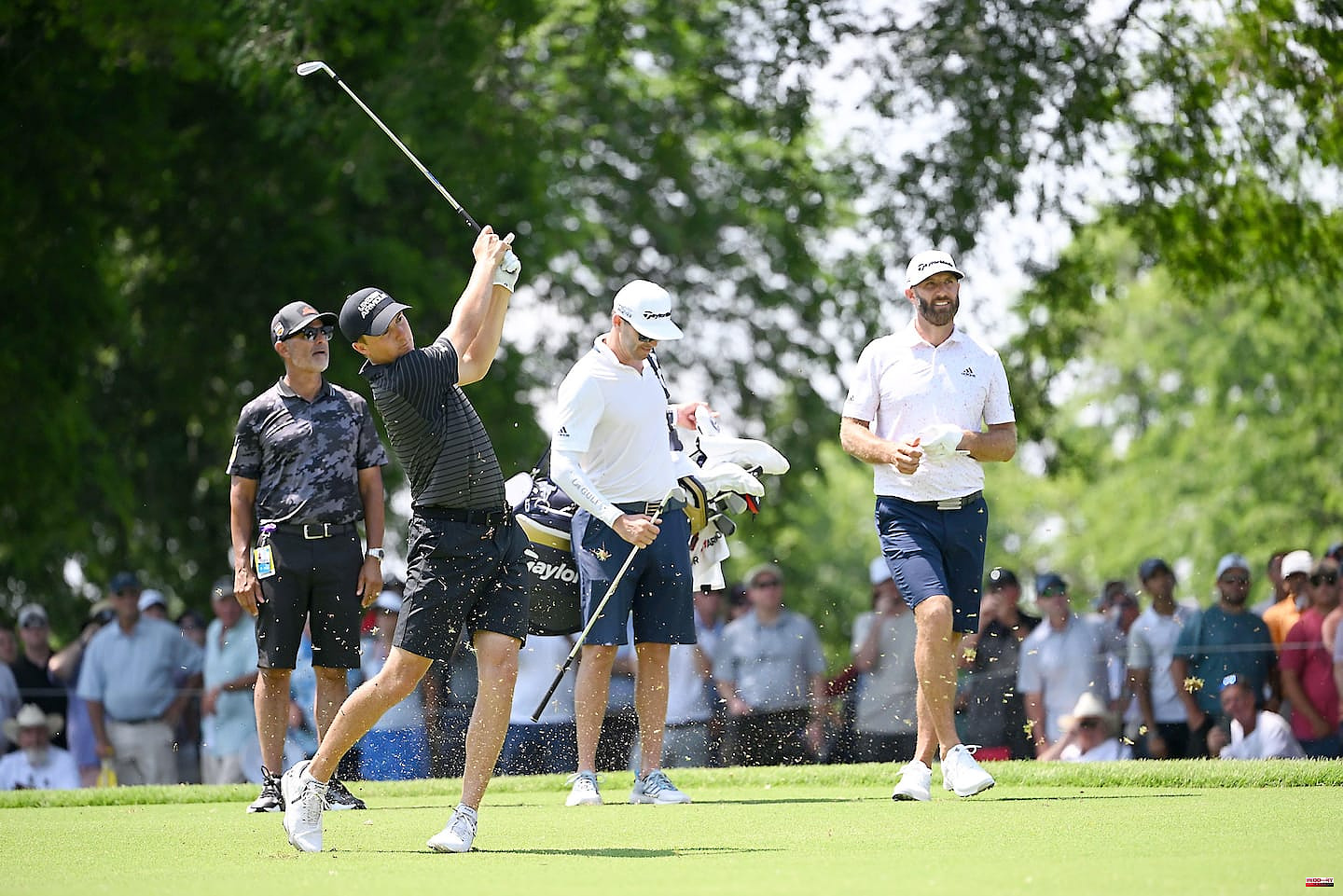 TULSA | “If I was told that I would only win one tournament for the rest of my life, the one I would want to win is this one. “Jordan Spieth does not ask for more. At this 104th edition of the PGA of America Championship which begins on Thursday, he is still looking to complete his Grand Slam.

Champion of the Masters Tournament and the United States Open in 2015 and winner of the British Open in 2017, all he lacks is that hunting trophy on the hearth of his fireplace.

It's not for lack of trying. In 2015, he finished second behind Jason Day, author of a masterful performance at Whistling Straits. His real conquest of the famous Career Grand Slam began in August 2017.

This time, that topic is another huge elephant in the room at Southern Hills Golf Club, Oklahoma, where defending champion Phil Mickelson's absence is talked about as the 'threat' of new league LIV. Golf.

But no one has forgotten what the 28-year-old American is looking to accomplish. He would add his name alongside that of the biggest names in golf history. Only Jack Nicklaus, Ben Hogan, Gary Player, Gene Sarazen and Tiger Woods have achieved this feat.

“That is my goal in the current context. If I had been asked before my career which tournament I absolutely wanted to win, I would have answered the Masters Tournament, because it was my favorite in my youth. »

“Things have changed,” continued the sympathetic American who became a dad last fall. I really want to win this PGA Championship. Its meaning is now different. In the long run, it would be incredible if I could say that I won the four most important tournaments in golf across the planet. So you can feel fully accomplished, I believe. »

At Bethpage in 2019, Spieth chased down Brooks Koepka and Dustin Johnson but was unable to win with a final round of 71(1). He had finished six strokes behind the winner.

In his nine appearances at the PGA of America Championship, he has two top 10 finishes, in 2015 and 2019. He is well aware that this major tournament is not the one at which he has posted the best returns.

However, this edition in Southern Hills gives him confidence. He grew up playing on this type of Bermuda grass. Only the greens are covered with “bent grass”.

“I feel in great shape this week, assured the one who has lined up two excellent performances since the Masters, including his victory in overtime at Hilton Head. I like this type of trail. »

“He reminds me of the Colonial, but on steroids, he then imaged about Southern Hills, 7556 yards long. It is more wavy and the starting wood is used more often. I'm having fun on this course and I think my game is on point. I have to keep repeating my swing. I don't have to focus on the swing mechanic anymore. I have found a balance. »

If Spieth referred to the Colonial Country Club in Forth Worth, in his Dallas hometown, it's because he's had success there over the years. In the nine tournaments he has participated in, he won it in 2016 and has 7 top 10s.

More mature in this meeting which could go down in history on Sunday, Spieth refuses to force the note. If not this week, he will still have his chances. After all, he hasn't crossed into his 30s yet.

"If I stay healthy, I still have 20 chances to win this championship," he said. If I have a chance in 20, it's a good probability. »

For the beginning of this adventure, Spieth is accompanied by Tiger Woods and Rory McIlroy in a real “blockbuster” trio. They will depart at 8:11 a.m. local time.

We can therefore expect madness on the course. The American is looking forward to this moment, he who has been used to attention and crowd movements since his incredible season in 2015.

With Tiger, it will be served as desired.

Late Wednesday afternoon, Bryson DeChambeau announced he was forfeiting due to a hand injury.

› Number of times the champion led end to end: 7 including Raymond Floyd at Southern Hills in 1982

-11 Southern Hills hosted an 8th major championship in its history. In 1994, Zimbabwean Nick Price recorded the best score, -11, of the seven Grand Slam tournaments. It was on the occasion of the PGA Championship of America by delivering a dominating performance.

With four victories this season, including the one at Augusta just a month ago, it's hard to dismiss the hottest golfer since the arrival of 2022. Scottie Scheffler, world leader, finds a course where he has played in his college years and where he otherwise won.

This requires above all precise approaches to the green and if they are not quite precise, full control of short approach shots.

Although he would have liked to do more last weekend at the Byron Nelson Classic, he says he is rested and ready for a new challenge.

“I deliver my best performances when I keep my head cool and down without paying attention to outside noise. »

Although this is only his third appearance at the PGA of America Championship, Scheffler has two top 10s. “I am comfortable on the courses prepared by the organization. I was at Harding Park in 2020. And I was at Kiawah Island last year. I played solidly. This year, I don't see why it would be different, because I'm just as comfortable on this course. »

In one of the hottest fields of the season with 47 of the top 50 golfers in the world, his task will not be easy.

Jordan Spieth is looking to complete his Grand Slam as he won the RBC Heritage Classic three weeks ago and finished second at home in Texas last week at the Byron Nelson Classic.

When he's on a roll and confident, Spieth does sparks. However, he will have to avoid unforgiving blunders, like that failed short putt at the Masters.

In search of a first title

Also dominant for a year, Cantley is looking to sign his first major title. And if Jon Rahm manages to control his putter, his rivals will have to be wary of him like the plague. Powerful and precise, the Spaniard must also stand out in important moments around the greens.

Among those flying under the radar, Shane Lowry is one to watch with his irons game and precise approaches. The winner of the 2019 British Open has recorded top 3 finishes in his last three outings.

In a different plateau of the Masters, the winner of the 2007 edition should resist the ax. Claiming to be more resistant, will he be able to line up 72 holes without shooting with the right paw?

The Stanley Cup in Southern Hills

It's still a little early to admire the Stanley Cup on a golf course. We were trying to understand why it was displayed on the 10th tee in Southern Hills alongside the imposing Wanamaker trophy. She was there because of ESPN's partnership with the NHL and the PGA of America as the playoffs are well underway in the Bettman Tour at the same time the PGA Championship is contested. The two trophies, facing downtown Tulsa in the distance, obviously caught the attention of golfers. Several big names have approached it, including Tiger Woods. But as cup "protector" Mike Bolt so aptly put it: "You can touch it, you can squeeze it, you can kiss it, but if you want to lift it, go win it!" ". Even the President of the United States cannot do it. The message could not be clearer.

The PGA of America, like other major tournaments, does not stop anywhere. This is also the case this week at Southern Hills, a spectacular property that is in the top 100 of the most beautiful courses in the world. In addition to golf, the place offers a dozen tennis courts, including four indoor ones, improvement centers, swimming pools, water slides, play stations for children and much more. What a real private paradise! Provided you pay the entry cost of about $100,000 and then pay an annual fee of $11,000.

1 Arrest of Japanese man accused of squandering $455,000... 2 Judgment: informing about snow removal by text message... 3 Quebec will be magical 4 Quebecers against an increase in the number of immigrants 5 Gored by his bull, a 31-year-old father fights for... 6 Religious boarding schools: Indigenous people are... 7 Groupe Capitales Médias: Minister Pascale St-Onge... 8 Cyclists and motorists will have to coexist better 9 Delays in courthouses: an unacceptable situation 10 Will Barcelona silence their reputation? 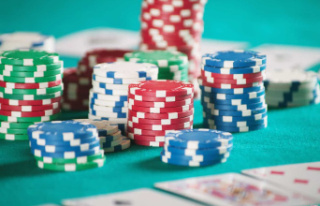