Exasperated by the postponement of a case linked to a lack of personnel in court, a judge squarely called on the Ministry of Justice to resolve the situation. 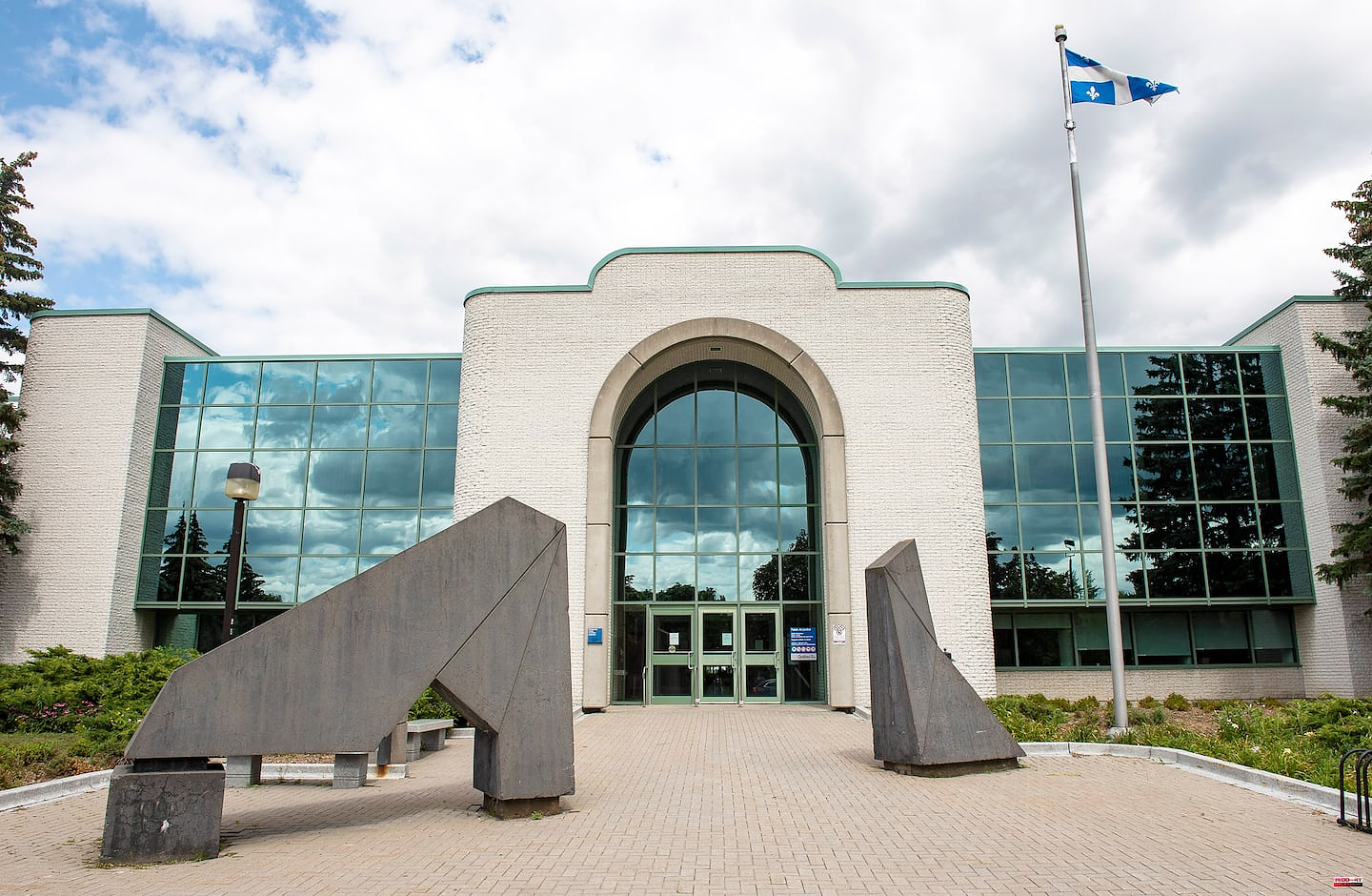 Exasperated by the postponement of a case linked to a lack of personnel in court, a judge squarely called on the Ministry of Justice to resolve the situation.

• Read also: Small claims: delays have tripled since the arrival of the CAQ

In March, Judge J. Sébastien Vaillancourt had to postpone a scheduled hearing in Montreal, since the court file and all the documents it contained remained untraceable.

In his judgment delivered on the bench, the magistrate denounced this “unacceptable” and recurring situation, which he attributes directly to the glaring lack of personnel in the judicial services.

Our Bureau of Investigation revealed yesterday that these staff shortage and retention problems contributed to the explosion of delays in the small claims division. These have almost tripled since the CAQ came to power.

In his decision, Judge Vaillancourt said he hoped "strongly that the required corrective measures be taken by the Ministry of Justice", so that such a situation does not happen again.

"Inaction of the CAQ"

“The court of justice is not just a forward judge. That's all that goes around that: the judicial assistant, the clerk, the court usher, etc. It is all the support jobs that we find in courthouses and which are in flagrant shortage of staff, ”says President Christian Daigle.

The lack of staff is due to unattractive working conditions, according to the union. In recent years, experienced workers have gone to the private or federal sectors, where salaries are more attractive.

“People are shopping for the best possible job. And currently, it is not in the courthouses that we find it, ”argues Mr. Daigle, who believes that the government “knowingly closes its eyes”.

The civil division of the Court of Quebec has been calling in vain since 2020 for the addition of three judges in Montérégie, which faces the most significant delays in small claims. Six judges' posts are also vacant.

In a statement sent yesterday, the Minister of Justice nevertheless stipulates that $15.7 million was granted to the Court of Québec last year for the addition of 30 substitute judges, in particular with the aim of reducing delays in small receivables.

The Minister of Justice recognizes that it is not acceptable for a citizen to wait years to obtain a small claims trial and discusses with the Court of Quebec so that the judges sit evenings and weekends.

Our Bureau of Investigation revealed yesterday that the delay for a hearing at the Small Claims Division has almost tripled in the past four years, even exceeding 1,000 days in some places.

In a written statement, Minister Simon Jolin-Barrette maintains that "all players in the community must participate in efforts to reduce delays".

He also indicates that discussions are taking place with the Court of Quebec, in order to assess the possibility of judges being able to sit on evenings and weekends.

According to the Minister of Justice, the current delay is mainly attributable to the pandemic. However, the delays began to lengthen well before the health crisis, going from 223 days in 2018 to 433 days in 2019.

Opposition parties were quick to react.

“How could the Minister of Justice allow such a deterioration of our justice system. [...] How could he stand idly by seeing the delays get worse year after year since his arrival? Asked PQ MP Véronique Hivon.

It calls, like Québec solidaire, for a clear plan and concrete measures to stem this “drift” in access to justice.

According to the Conservative Party of Quebec, the government must focus its efforts on the basic missions of the state, including justice.

"By wanting to do everything, the Legault government ends up doing everything wrong," reacted chef Éric Duhaime.

The executive director of the Juripop organization is concerned about access to justice.

“Before, it took a year before the files were heard. If it takes three years, it will discourage a lot of people in my opinion, ”she underlines.

It also invites us not to minimize the consequences on people's health and well-being.

"It can be very stressful, because sometimes it's human disagreements that are the source of these requests and it's trying to wait three years before it's settled," she illustrates.

Daniel Raducu had been waiting since 2017 to be heard in small claims. At the time so desired, the citizen of Terrebonne had to wait again, the hearing having started more than half an hour late.

"After five years of waiting, we are still waiting," says the litigant, met last Monday at the Montreal courthouse.

The plaintiff had filed a lawsuit against the Attorney General of Quebec (AGQ), following a dispute surrounding his license to possess a firearm. The case was scheduled to be heard in January 2020, but was postponed at the request of the defendant.

A year later, the AGQ tried to show that the statute of limitations had passed in this case, a request which the court rejected.

The hearing therefore took place in mid-May 2022, almost five years after the lawsuit was filed. Mr. Raducu was then able to present, for the first time, his version of the facts.

“Imagine if you have a dispute with neighbors and you have to wait five years. Five years with this chicanery. It's long ! illustrates Mr. Raducu.

A citizen who won a small claims case against Equifax in 2019 was forced to return to court three years later to start the case from scratch.

The man – who asked not to be named – sued the credit monitoring company in 2018. He said he was dissatisfied with the services obtained following an identity theft.

The trial was held in January 2019, in the absence of Equifax, which did not appear.

The company was ordered to pay more than $2,000 to the plaintiff.

However, in April 2019, Equifax challenged this judgment, claiming not to have been informed of the date of the trial. The two parties therefore returned to court last April.

The complainant then had to tell his story for a second time. Resilient, he struggles, however, to understand why the court does not require the parties to affix their signature when receiving notices of summons.

“It is special in tabarouette that to save $10, the courts do not send registered mail,” he comments, referring to the major costs associated with holding a second trial.

The health measures imposed by COVID-19 have had a definite impact on legal delays, notes Gaston Fauvel, who had filed a small claims lawsuit for a complex real estate dispute.

“The courthouse was operating in slow motion,” he explains.

Words that resonated with one of the defendants, Deidre Meintel, for whom this legal process "was long".

"I don't want to blame the court, because I don't know what reasonable time in small claims is," she nuanced.

A twist: the parties finally reached an amicable agreement, a few minutes before the trial was held.

“I am now 76 years old, confided Mr. Fauvel. As we get older, we are a little more nervous, we may express ourselves a little more with difficulty, we are shocked a little more quickly. It didn't keep me awake, except maybe last night when I woke up at 5 o'clock. »

"Now it's over. Thank you very much, hello; we don't talk about it anymore. »

Claudine Martineau initiated legal proceedings in July 2018 against her snowplow. The months, then the years passed, to the point where the lady came to wonder if her file had not been misplaced.

The lady finally received a notice to appear in January 2022, which informed her of a trial scheduled for March, almost four years after her lawsuit was filed. And from the start of the hearing, the snow remover made him an offer, which put an end to the case.

However, this settlement is bittersweet for Ms. Martineau, who says she has suffered stress and anxiety throughout this saga.

“I told the judge. My heart tells me [to refuse the offer]. But I am so no longer capable, I am so tired, ”she expresses with emotion.

Three years after their mother left, three sisters are struggling to agree on the money owed to them due to debts they had accumulated before her death.

“We can’t wait for it to end,” Sylvie Goure lets out with discouragement, when questioned about the delays in court before the start of the hearing.

"I find it very complicated," she added later in front of the judge.

The disagreement dates back to a few months before the death of their mother in January 2019. Each of the girls had borrowed sums from their mother when she was still alive, which makes the distribution of the inheritance problematic.

“We are two in agreement, but one who does not agree. That’s the problem, ”simply summed up Suzanne.

Moreover, even if the lady died three years ago, the estate is still not settled. In this regard, “there is nothing done”, recognizes moreover Louise, one of the sisters, when questioned by the judge.

The Court finally rejected the request of Suzanne Goure, who acted as a proxy for her late mother.

1 Will Barcelona silence their reputation? 2 The old pro against the beast 3 Camping Québec wants to keep a classification 4 Belle 5 New legal setback for a cement manufacturer linked... 6 Additional costs: watch the price of your plane tickets 7 A surprise from the tax authorities after a remortgage 8 Another VP leaves Investissement Québec 9 PGA Championship: Taste of 2022 with a hint of era 10 Russia assures that its military reaction to the accession... 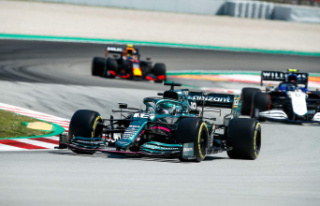 Will Barcelona silence their reputation?