The plenary session of the Bilbao City Council experienced moments of tension this morning when 14 municipal agents, who were participating in the day of protests called for today, broke into the plenary session and sat down among the public. 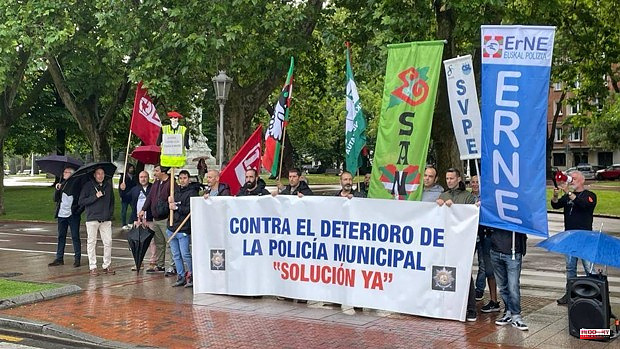 The plenary session of the Bilbao City Council experienced moments of tension this morning when 14 municipal agents, who were participating in the day of protests called for today, broke into the plenary session and sat down among the public. The mayor, Juan Mari Aburto, then asked them to leave the room out of "respect for the citizens of Bilbao in this plenary session, which they are not showing." Given his refusal to leave the room, the first mayor has asked the agents who were on duty at that time to evict them.

The demonstrators have left the room shouting "we are agents and not criminals" or "lagundu alkate" escorted by some of their own companions. They have also addressed the Councilor for Citizen Security, Amaia Arregi, to ask her to allow herself "true advice".

After his departure, the plenary session continued normally.

Meanwhile, the bulk of the protesters have concentrated outside the Consistory. It has been the end point of an unprecedented demonstration that has forced to cut off some areas of the center of Bilbao in the middle of rush hour. All the unions of the Municipal Police have come together to show their rejection of what they consider a progressive "deterioration" of the urban guard.

“There is a Security Pact signed by all the parties that are passing through the triumphal arch,” Irune Etxarri, president of the Bilbao Municipal Police Personnel Board, denounced after being evicted from the plenary session. She refers to the changes in the calendar that the Consistory wants to impose on the police force and that, according to the unions, imply increasing the number of nights and holidays that they must work per year. In her opinion, "it is an offense against the rights of workers" and she has insisted that "all the Police are against it."

1 The Municipal Police will deploy 400 agents if there... 2 The Health Emergency Service of the Valencian Community... 3 Parera launches candidacy to end Barcelona "of... 4 Two dead after an explosion at a biodiesel plant in... 5 Tuawa and Quique Dacosta launch a campaign for the... 6 Paula Badosa suffers to advance to the third round... 7 The delinquency of the State grows to the maximum... 8 Alonso de Santos: «The day I don't have that... 9 The bishops, "concerned" about the new LGTBI... 10 The Basque Country asks for "tranquility"... 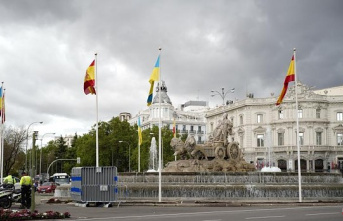 The Municipal Police will deploy 400 agents if there...