Alonso de Santos: «The day I don't have that disease of the search for the best I will no longer be an artist»

«I recognize that I am a very annoying author and it is so because I am an artist passionate about the desire for the best, and the day I do not have that disease I will no longer be an artist. 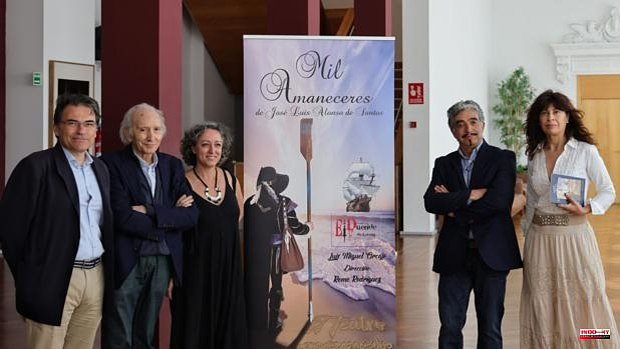 «I recognize that I am a very annoying author and it is so because I am an artist passionate about the desire for the best, and the day I do not have that disease I will no longer be an artist. I will dedicate myself to something else", recognized the Valladolid playwright José Luis Alonso de Santos, in the presentation of his work 'Mil dawnes', whose premiere is being held this Thursday and tomorrow Friday at the Calderón Theater in Valladolid, his city, of which it is precisely ambassador.

At a press conference, the writer of 'Bajarse al moro', 'La Estanquera de Vallecas' and 'Pares y Nines', among many other of his well-known works, referred to his texts as "children" that is moving to see how they grow up and «have their own life»: «Theatre is not only made by writers.

We write the works and then there are those who bring them to life and communicate them to the public». In this sense, he has recognized that, like the rest of the authors, he sees how his texts vary when passing from one hand to another "with surprise", but also with a "warlike" attitude: "I have never been happy with what I have seen, but neither have I with what I have done, because reality never has the scope of a dream, of the imaginary, "he acknowledged.

In any case, the author, who will receive the Max of Honor for his entire career on June 6, has shown himself an admirer of all those who work in "popular culture" because "they move in very difficult terrain" in "circumstances heroic»: «If the creators have something of heroes, they are the ones who actually have to look for the diamond in the mountain with a pick and a shovel».

Likewise, the playwright has dedicated the show to the public because, as he has assured, "without a neighbor there is no life." «My task is like that of a farmer. I work with the words and verses that I sow so that harvests come out, sometimes better and sometimes worse. That harvest is for the public, which is my neighbor », he underlined when asked what has moved him daily, for six decades, to continue writing.

Pedro Ojeda, from 'Valladolid Letraherido', Reme Rodríguez, stage director and Luis Orcajo, who gives life to the Valladolid playwright's monologue, have supported Alonso de Santos in the presentation of the premiere of this work that was published as a book by the Service Publications of the Valladolid City Council. A text that, in Ojeda's opinion, "closes a cycle that the writer began with 'Long live the Duke, our owner!'" in 1975, in the sense that "it is consistent with the entire dramatic and literary world that he has built throughout these decades to become an indisputable benchmark of Spanish theater. Thus, he shares characteristics common to his works, such as "the meta-theatricality and the reflections on the theater that he deals with" which, deep down, he has continued, are reflections on his own view of life.

For Reme Rodríguez, it has been "a wonderful torment" to approach the text of the Valladolid playwright, a job that he has done with "a great responsibility" and with "a lot of work": "Consistency is the secret", he has pointed out, and has added that if working with a work by Alonso de Santos is "easy" it is because "you can hold on to the text and you have a lot of work ahead of you".

For his part, the interpreter Luismi Orcajo, in charge of bringing the monologue to the stage, has referred to 'A thousand dawns' as "a wonderful text" and "the greatest challenge" he had faced: "It is a love story, a therapeutic text", pointed out the actor, who has recognized that the first time he faced the work he was in "a complicated situation" and it helped him to have faith and hope: "This afternoon, when I go on stage, I will be prepared to give him muletazos and enjoy this text. The theater has to make us happy and 'A Thousand Dawns' does it », he concluded.

1 The bishops, "concerned" about the new LGTBI... 2 The Basque Country asks for "tranquility"... 3 The Government sees “logical” to extend the limitation... 4 Mañueco apologizes if someone has felt "offended... 5 The father of the murdered sisters of Tarrasa assures... 6 The data that shows why Putin's air war in Ukraine... 7 The judge in the mask case calls the coordinator of... 8 The new POM prepares the city of Toledo to exceed... 9 Ben David, the pedophile who cleaned his tracks to... 10 The PP requires the Generalitat to appear in person... 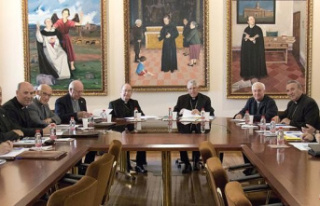 The bishops, "concerned" about the new LGTBI...