The Spanish Paula Badosa qualified for the third round of Roland Garros after beating the Slovenian Kaja Juvan (N. 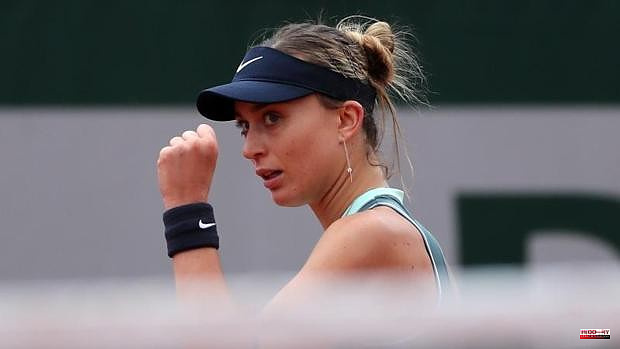 The Spanish Paula Badosa qualified for the third round of Roland Garros after beating the Slovenian Kaja Juvan (N.68) this Thursday in three sets, 7-5, 3-6 and 6-2 in a match lasting 2h17 .

The match against the 21-year-old Slovenian was not a walk as it was for Badosa her debut in this edition of Roland Garros against the French Fiona Ferro and she had to work hard, especially from the second set to seal the classification .

The 24-year-old Spaniard began playing very well and after breaking the Slovenian's serve twice, she was placed 5-2 on the scoreboard, but from that moment on, Juvan raised her level of tennis and managed to tie the set 5-5. , although Badosa reacted in time to score the first set (7-5).

However, the end of that first set was already a warning sign for the number four in the world, who saw how her rival was much more aggressive with her game, effective with her service and very resolute in the net, which allowed to force the third set after a single 'break' in the sixth game.

At the break, the Slovenian required the attention of a physiotherapist due to problems with her right shoulder, but later on the court she did not show signs of having physical problems, quite the opposite, she continued to hit the ball hard and broke the serve from the start. Badosa, who recovered it not without suffering to place 1-1.

It was from then on that the Slovenian player began to show obvious signs of fatigue, which led her to miss many more shots and have many more problems keeping her serve, which she lost again in the 4th game.

Aware of the difficulties of his rival, Badosa did not rush, he was moving it from side to side of the court until causing the error and recovered the effectiveness with his service to place himself with 4-1, two games from the round of 16.

And the Spaniard, a quarterfinalist in Paris a year ago, did not miss the opportunity, meeting Russian Veronika Kudermetova in the third round.

1 The delinquency of the State grows to the maximum... 2 Alonso de Santos: «The day I don't have that... 3 The bishops, "concerned" about the new LGTBI... 4 The Basque Country asks for "tranquility"... 5 The Government sees “logical” to extend the limitation... 6 Mañueco apologizes if someone has felt "offended... 7 The father of the murdered sisters of Tarrasa assures... 8 The data that shows why Putin's air war in Ukraine... 9 The judge in the mask case calls the coordinator of... 10 The new POM prepares the city of Toledo to exceed... 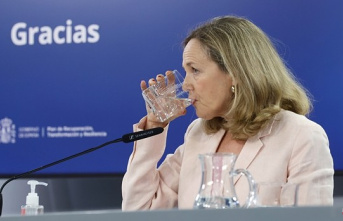 The delinquency of the State grows to the maximum...