The Basque Minister of Health, Gotzone Sagardui, who until now had not spoken, took advantage of her presence at an event this morning to send a message of "tranquility" to the population. 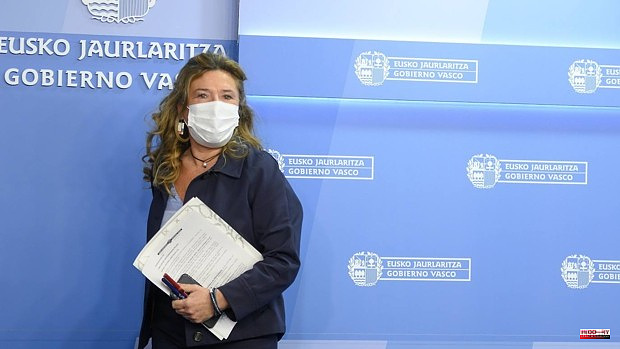 The Basque Minister of Health, Gotzone Sagardui, who until now had not spoken, took advantage of her presence at an event this morning to send a message of "tranquility" to the population. She has assured that the situation is "absolutely controlled" and that the council's efforts are now focused on "cutting off the transmission as soon as possible."

The counselor has confirmed that the two infected people, two men residing in Vitoria, are confined to their homes. At the moment the disease is progressing with mild symptoms, so it has only been necessary to perform an outpatient follow-up. "There is no symptomatology that requires the adoption of hospital measures," she assured.

At the moment the efforts of the Ministry of Health are focused on cutting the chain of transmission "as soon as possible".

That is why he has called for all those people who suspect that they may have contracted monkeypox to consult their health centers. He has also asked them to "collaborate" by providing the identity of their close contacts "in order to act on them" and thus control the outbreaks "as soon as possible." "We are going to see in these weeks what the evolution of the disease is," she insisted.

Regarding the need to acquire smallpox vaccines, Sagardui recalled that the acquisition of antivirals and vaccines has already been approved at European level. It is about applying a purchasing policy similar to the one used during the Covid-19 pandemic, in such a way that it will then be the European Union that distributes the vials among the member states based on the population. The Basque counselor has acknowledged that "it is not even known what the pazos are" but has insisted on a message of tranquility because, so far, the disease "is presenting mild symptoms" and there are no known cases of vital risk.

1 The Government sees “logical” to extend the limitation... 2 Mañueco apologizes if someone has felt "offended... 3 The father of the murdered sisters of Tarrasa assures... 4 The data that shows why Putin's air war in Ukraine... 5 The judge in the mask case calls the coordinator of... 6 The new POM prepares the city of Toledo to exceed... 7 Ben David, the pedophile who cleaned his tracks to... 8 The PP requires the Generalitat to appear in person... 9 Milagros Tolón, declared persona 'non grata'... 10 UCO experts confirm the diversion of funds in Imelsa... 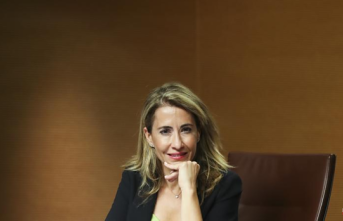 The Government sees “logical” to extend the limitation...