The bishops, "concerned" about the new LGTBI Law of Castilla-La Mancha

The bishops of the Ecclesiastical Province of Toledo -which integrates the Archdiocese of Toledo, Primate of Spain, and the dioceses of Albacete, Ciudad Real, Cuenca and Sigüenza-Guadalajara- have shown their concern after the recent approval of the Law on Sexual Diversity and LGTBI rights in Castilla-La Mancha, since they consider that "it is intended to be a vision that contrasts with both faith and reason, with consequences on the essence of the family. 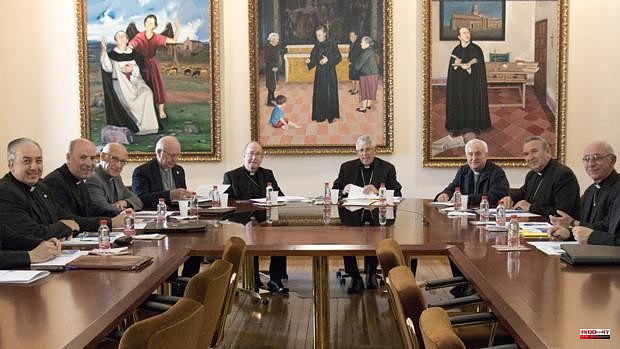 The bishops of the Ecclesiastical Province of Toledo -which integrates the Archdiocese of Toledo, Primate of Spain, and the dioceses of Albacete, Ciudad Real, Cuenca and Sigüenza-Guadalajara- have shown their concern after the recent approval of the Law on Sexual Diversity and LGTBI rights in Castilla-La Mancha, since they consider that "it is intended to be a vision that contrasts with both faith and reason, with consequences on the essence of the family."

“God has created us men and women, and the difference between the two is a truth. The Christian anthropological vision starts from sexuality as a constitutive element of the personality derived from God's design. The free determination of the personality cannot be contrary to the truth nor be manipulated to the point of forgetting or ignoring what the human being is."

“Although, certainly, it is based on the respect of each person and the coincidence of wills in the fight against any expression of unjust discrimination, the light of truth demands to clearly expose this vision,” they point out in a statement.

After defending that they support "any initiative that favors real equality and avoids discrimination that people may suffer due to sex, race, religion, opinion or any other personal or social condition or circumstance, as expressed in the Constitution, as well as the measures , always necessary, that help avoid violence against people and groups for these or other reasons", they assure that the Church promotes concrete projects to welcome, accompany, help and, ultimately, promote the dignity of those who are "discarded" by the society.

"Precisely for this reason, the Bishops feel compelled to express our concern about the recent approval of this law which, despite stating that its main purpose is to prevent situations of discrimination and violence against people it calls 'LGTBI', also It is aimed at implanting in society a specific way of understanding the nature of the human being, in which it is based on the separation between the sex with which one was born and with which the person identifies, between the sex with which was born and the personal choice of sexual orientation, "they point out.

They consider that the vast majority of the provisions of the law are intended to "incorporate the gender perspective in a transversal manner and promote measures in LGTBI matters in all sectors of society - Public Administration, social welfare, family, educational, health , cultural, economic, media, citizen protection and rural areas - and for the entire population of the region.

“Along with this, the law introduces an important sanctioning regime, with fines of 3,001 to 30,000 euros for its offenders, with the prohibition for entities or people to receive subsidies or, even, the temporary disqualification, closure or temporary suspension of the service, activity or installation for a year”, they argue.

“Furthermore, the burden of proof is reversed; that is to say, it will be up to whoever is attributed that they have discriminated against LGTBI people to provide a proven, objective and reasonable justification for the allegedly discriminatory measures, ”they affirm.

After encouraging careful reading of the law, so that it is valued "conscientiously", the bishops of Toledo add that "the anthropological approach that underlies this law is contrary to the teaching of the Magisterium of the Church on the nature of the human being and it does not respond to what science affirms, which maintains that sexual identity has its main foundation in biology».

For all these reasons, they ask the faithful of the Church "who pilgrimage in the territory of Castilla-La Mancha to intensify their prayer so that all forms of violence and discrimination in society cease, encourage their training and articulate positive courses of action that offer everyone the beauty of our reality as men and women created in the image and likeness of God».

“Finally, we implore the Lord to give us the strength to know how to discern the good from the bad; which can truly help improve people's lives, individually and collectively », he affirms. .

1 The Basque Country asks for "tranquility"... 2 The Government sees “logical” to extend the limitation... 3 Mañueco apologizes if someone has felt "offended... 4 The father of the murdered sisters of Tarrasa assures... 5 The data that shows why Putin's air war in Ukraine... 6 The judge in the mask case calls the coordinator of... 7 The new POM prepares the city of Toledo to exceed... 8 Ben David, the pedophile who cleaned his tracks to... 9 The PP requires the Generalitat to appear in person... 10 Milagros Tolón, declared persona 'non grata'... 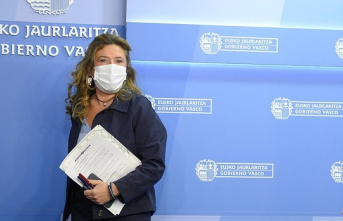 The Basque Country asks for "tranquility"...