On Saturday, the imposing Stade de France in Saint-Denis and its surroundings will be the busiest area in Paris. 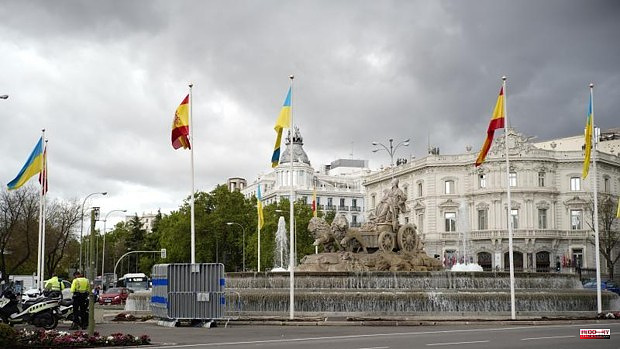 On Saturday, the imposing Stade de France in Saint-Denis and its surroundings will be the busiest area in Paris. The result of the match played in one of the French football team's fiefdoms could also flood the streets of Madrid, which is already prepared for what would be Real Madrid's 14th Champions League title. The city council "has planned a device in case Real Madrid won the Champions League on Saturday and for the possible arrival of the players the following day, with the aim of guaranteeing the normal development of the celebration," the municipal spokesperson reported this Thursday and delegate of the Security and Emergencies Area, Inmaculada Sanz, after the Governing Board.

In the event of a white victory, the Cibeles fountain, which will be fenced off, will be the nerve center and most watched over the football euphoria. Also the places that the players will visit on their traditional route to offer the trophy to the city. In addition to the nearly 300 national police, including riot police, which, as ABC announced, will be deployed nearby every day, the Municipal Police will have 200 agents, both on Saturday and Sunday.

These troops, from the Central Security Units, Traffic Units and Comprehensive District Units, will regulate mobility and traffic in Cibeles and in the surroundings of Paseo de la Castellana, Paseo del Prado and Calle de Alcalá, as well as the points of the 'Paseo' madridista. There will be a municipal security ring with different traffic cuts and people control, counting and surveillance of dangerous objects to guarantee safety.

“The capacity allowed at the fountain, in the event of a celebration, will be the one that guarantees the safety of the attendees, not due to Covid issues, as it is already an individual responsibility,” explained the municipal spokesperson. Access to the environment "could be cut off if the square was very full, to always guarantee security," Sanz specified. Municipal agents will also carry out checks to prevent the sale of counterfeits.

In anticipation that its intervention is required, Samur-Civil Protection will be deployed both on Saturday and Sunday. On Saturday, at the Santiago Bernabéu stadium, where the club has installed giant screens, and its surroundings, a Basic Life Support ambulance and two First Response Units (UPR) will park. Meanwhile, in Cibeles, an advanced health post will be installed, four basic life support ambulances and two advanced life support ambulances, plus a DEPAS team (Special Antisocial Acts Preventive Device), specialized in acting in crowds.

If there are other celebrations or official visits from Real Madrid on Sunday, both the operations of the Municipal Police and those of the Samur-PC will continue.

1 The Health Emergency Service of the Valencian Community... 2 Parera launches candidacy to end Barcelona "of... 3 Two dead after an explosion at a biodiesel plant in... 4 Tuawa and Quique Dacosta launch a campaign for the... 5 Paula Badosa suffers to advance to the third round... 6 The delinquency of the State grows to the maximum... 7 Alonso de Santos: «The day I don't have that... 8 The bishops, "concerned" about the new LGTBI... 9 The Basque Country asks for "tranquility"... 10 The Government sees “logical” to extend the limitation... 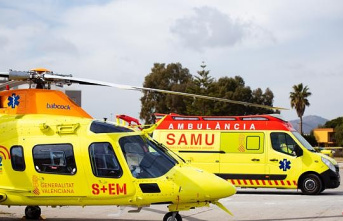 The Health Emergency Service of the Valencian Community...