Parera launches candidacy to end Barcelona "of squatters and the 'process'"

This Tuesday, with a year to go before the municipal elections in Barcelona, ​​the candidacy of Eva Parera as head of the Valents list, the constitutionalist party that defines itself as liberal and was born from the rupture between Ciudadanos and Barcelona, ​​has been confirmed. 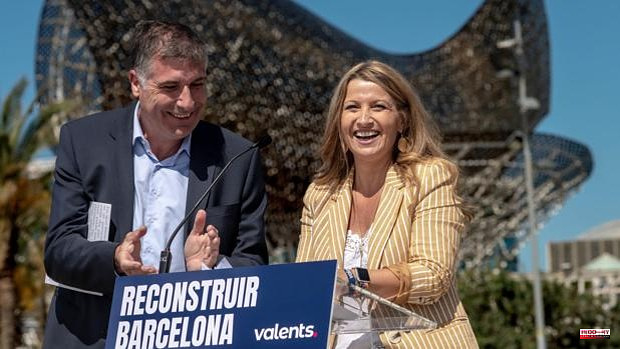 This Tuesday, with a year to go before the municipal elections in Barcelona, ​​the candidacy of Eva Parera as head of the Valents list, the constitutionalist party that defines itself as liberal and was born from the rupture between Ciudadanos and Barcelona, ​​has been confirmed. pel Canvi, in 2021. The event took place at the Marina Pier, a location that the political group has chosen for its symbolism and relevance in the modern history of Barcelona, ​​30 years after the Olympic Games that marked its opening to the International panorama.

Eva Parera, who in her day was a senator of the Convergència i Unió, now leads this party that intends to govern the Generalitat in the future, and for now aspires to the mayorship of more than one hundred municipalities throughout the Catalan geography, with the capital as a bastion. Valents will present himself to the Barcelona City Council as a constitutionalist alternative. In this sense, Joan López Alegre, Director of Communications at Valents, has defined the PSOE as a party kneeling before the independentists, the PP as a group obsessed with the idea of ​​a multinational Spain and citizens, directly, as a political entity in « Ways of extinction".

«If in the next elections we do not manage to kick out the tripartite, we will pay the consequences. Today we say no to the Barcelona capital of crime, squatters and the 'procés'; we say yes to Barcelona, ​​the capital of Spain and the Mediterranean, bilingualism and investment", said Parera, who focused his speech on the idea that Barcelona today is "a worse city than it was seven years ago", and that the feeling "that does not compete with the others". Likewise, López Alegre has stated that Ada Colau is not an activist, but a "false climber" who has taken advantage of her years in office to place her friends in various positions of municipal responsibility.

Eva Parera has defended that the tripartite of Colau and Maragall, "with Collboni as a minority partner", has "destroyed the city", and that other capitals such as Amsterdam, Madrid or Valencia, now attract projects that previously went to Barcelona. Later, she has listed one by one the urban failures of Xavier Trias and Ada Colau, such as the Hermitage, the La Sagrera AVE Station, Line 9 of the metro or the expansion of the airport. "Most intercontinental flights today depart from Madrid, the government of the state capital manages, while that of Barcelona is guided by activism," Parera criticized.

«Defending the family is now revolutionary, like defending the self-employed, the private vehicle and the free use of Catalan and Spanish alike. Since this is so, we can define Valents as a revolutionary party, ”concluded the head of the party's list, who did not want to give details of the names that will accompany her in the candidacy. On this list, she has made it clear that it will be made up of competent men and women, and will not be guided by any criteria unrelated to individual capacity, such as parity or gender quotas.

After breaking with Ciudadanos, Parera joined the PP lists as an independent in the Parliament elections in 2021. This meant that Manuel Valls, founder of the party, left the party in August and that Parera assumed leadership with the name change. . Currently, Manuel Valls is an affiliate of Valents, but without any charge.

When asked if they ever plan to agree with Vox, those responsible for the party have commented that despite the fact that they are at the opposite end of their minds, such as, for example, on the issue of autonomy, they do not close the doors to negotiating with no constitutionalist party that obeys the law and does not negotiate with terrorists.

1 Two dead after an explosion at a biodiesel plant in... 2 Tuawa and Quique Dacosta launch a campaign for the... 3 Paula Badosa suffers to advance to the third round... 4 The delinquency of the State grows to the maximum... 5 Alonso de Santos: «The day I don't have that... 6 The bishops, "concerned" about the new LGTBI... 7 The Basque Country asks for "tranquility"... 8 The Government sees “logical” to extend the limitation... 9 Mañueco apologizes if someone has felt "offended... 10 The father of the murdered sisters of Tarrasa assures... 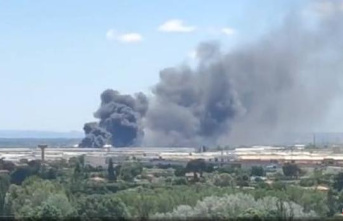 Two dead after an explosion at a biodiesel plant in...