The pill is the most used contraceptive method in Spain after the condom. 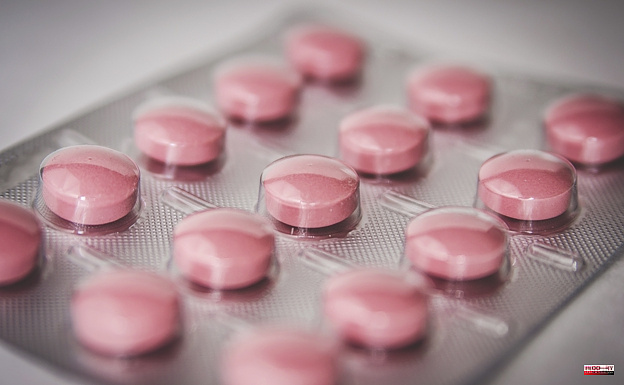 The pill is the most used contraceptive method in Spain after the condom. 38% of women take it regularly and 65% have taken it at some point in their lives, but many find it difficult to acquire it. This is stated in a survey carried out by 40dB for HRA Pharma among 1,000 women between the ages of 18 and 45, which seeks to quantify the difficulties women face in accessing oral contraception and test their perception of the possibility of accessing it. same without prescription.

The study was presented by Dr. Rafael Sánchez Borrego, gynecologist and medical director at the Diatros clinic, during the X National Congress of Community Pharmacists, held by the Spanish Society of Clinical, Family and Community Pharmacy (SEFAC) in Madrid. It so happens that it has been made known coinciding with the approval, last Tuesday in the Council of Ministers, of the preliminary draft of the abortion law that contemplates the free distribution of the morning-after pill (an emergency contraceptive that today it can be bought without a prescription in pharmacies at a price of around 20 euros) in sexual and reproductive health centers, but it maintains the medical prescription for the regular pill to guarantee its public financing.

The survey collects the difficulties faced by women to obtain the contraceptive pill. In this sense, 51.9% have tried to buy it without a prescription on some occasion, and 46.6% of women have been prevented from obtaining it.

Nearly 3 out of 10 women have had to stop taking it at some point because they couldn't go to the doctor for the prescription (26%) and almost 24% because they lost it or didn't take it with them when they went to the pharmacy. Of these, almost 6 out of 10 consider having been at risk of pregnancy due to the interruption in taking (57.8%). Among them, 1 in 10 has had an unplanned pregnancy due to these circumstances (11.9%) and nearly half declare having had to abort due to this unplanned pregnancy (43%).

The study indicates that 7 out of 10 women would like to access the contraceptive pill for regular use without a prescription, and 64% would have the same confidence in acquiring it, even if it did not require a prescription.

A large majority of women believe that unwanted pregnancies would be reduced without the mandatory prescription (64.4%). In fact, almost 9 out of 10 believe that it would be easier to access it. In addition, being able to access its dispensation without a medical prescription would represent a significant advance for women's sexual and reproductive health and their autonomy for 73.5% and 72.5% of those surveyed, respectively.

“This is a survey that should make us reflect on the current existing system around oral contraception for regular use in Spain. The data shows that women would feel just as safe as if they were prescribed it, but they would also save time and would also feel more free to decide about their own sexual and reproductive health. Perhaps it is time to begin to consider this type of scenario in Spanish health to facilitate the day-to-day life of all women who wish to do so, especially considering that this medicine is safe and perfectly consolidated, since it has been in use for almost thirty years in the market", commented Sánchez Borrego.

Along these lines, both those responsible for SEFAC and the pharmacists attending the event, as well as the other speakers, ratified that the data provided by the survey is a reflection of their day-to-day life in pharmacies, for which they invited the authorities to reflect on the advisability (health, social and professional) to consider the reclassification of this drug.

According to the survey, 70% of women would be given "a lot of freedom and peace of mind" to know that they are not going to be hindered by accessing this contraceptive without a medical prescription and that it would save them "a lot or a lot of time" not having to go or call the doctor to request or renew the prescription.

The general director of HRA Pharma for Spain and Portugal, Inés Correia, assured, for her part, that "these clear and forceful results expressed by Spanish women are nothing more than a reflection of day-to-day life in the medical and pharmaceutical field, a social reality that has opened a process of deep reflection among health professionals, who come to agree on the need to find a consensus on this matter».

1 Why does silence bother us so much? 2 [PHOTOS] Montreal: a vehicle ravaged by arson in Rosemont 3 Is the Lloviu filovirus a threat to global health? 4 Let's get rid of this archaic function 5 This strange monarchical bond imposed 6 A mishap 7 Legal assistance reserved for people with cancer and... 8 It's Christmas every day! 9 Rueda recovers Paula Prado for the general secretariat... 10 The AN orders compensation of 5,000 euros to a man... 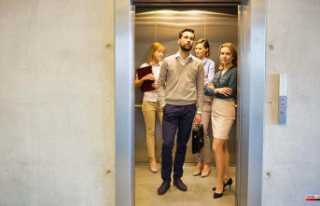 Why does silence bother us so much?