Why does silence bother us so much?

It is well known that the words we use in conversation only make up a discrete percentage of everything we communicate. 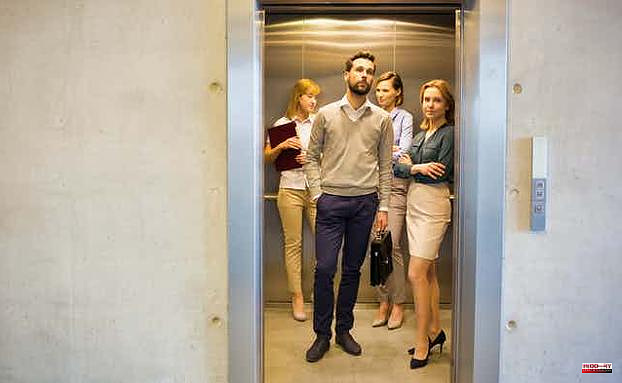 It is well known that the words we use in conversation only make up a discrete percentage of everything we communicate. The expression of our face, the gestures that we articulate with the body, the position that we occupy in space and even the tone of the voice (prosody) are essential to make us understand.

It can be said that communicating allows us to build bridges between individual realities that would otherwise be impermeable, thus sharing our needs with those around us and better understanding those of others. That is, it enables us to find ourselves in the unfathomable ocean of social relationships.

We must not forget that communication is an incredibly complex process. Even if we make the decision to remain silent, we will be subtly conveying a message that will depend on the context, the experiences shared with our interlocutor and the particular way in which we process this subtle form of exchange.

The term with which we usually allude to this phenomenon is that of social silence. Although the apparent sensation is that of a void, like a parenthesis in the natural flow of discourse, the truth is that it allows us to suggest an extraordinary variety of emotional states. Some people will be receptive to them, while others will experience them with some discomfort.

Silences have been the object of scientific study for decades, as they can have very important effects on the dynamics of interaction and on the feelings of those who participate in them. In this sense, the researchers of the phenomenon distinguish three modalities: the individual pause, the lapses in the conversation and the inexplicable social silence.

The individual break occurs when a single person addresses an audience, such as a comedian giving a monologue or a student speaking in front of his classmates. Silence here is often used to engage listeners or generate interest, but it can also suggest ignorance of the topic being discussed (something especially feared by those with social anxiety).

Gaps in conversation represent the closest approximation to what we know as "awkward silences." We are talking about those that occur between two people and that break the expectations of a fluid exchange. They can happen in those who barely know each other but also in those who have maintained a bond for a long time, depending on their effect on the trust that has been forged.

Finally, the inexplicable social silence describes a situation that we have all experienced at some point. It happens when more than two people interact simultaneously (telling anecdotes, tracing parallel conversations, etc.) and suddenly everything stops, leaving a thunderous void. In such cases, between disturbing and humorous, it is often said that "an angel has passed."

It must be taken into account that silences are a communicative resource that can be legitimately used and that in certain circumstances can even be productive, especially when they occur in the context of active listening. As Jorge Luis Borges said: "Do not speak unless you can improve the silence."

Silence implies a break in the natural dynamics of conversations, whose logic is identical to that of other social processes that require the coordination of the parties involved. When they flow smoothly, the predictability of the encounter is extolled, which results in greater security within the uncertainty that accompanies any relationship.

There is evidence that the fluidity of the conversation stimulates the sense of belonging and the coherence of a particular link, claiming it as something different from all the others. Likewise, when we offer quick responses, we promote a sense of consensus regarding important issues, which suggests that we are ideologically and emotionally aligned with the other.

Fluid conversations feed the sense of social belonging, validate us as part of the group, give us a sense of control over relational dynamics and contribute decisively to self-esteem. On the other hand, silence can suggest a veiled confrontation or the existence of emotions that one prefers not to express, thereby fueling a certain insecurity.

Silence is not always uncomfortable. When the link is sufficiently consolidated and there is a relationship of trust, it is an opportunity to strengthen ties. If there are no unresolved conflicts, silence is stripped of its negative qualities for those whose social ties are fragile or burnished with fear.

On the other hand, people with good self-esteem tend to experience silence more comfortably. This is so because they do not harbor negative expectations about what others will think of them, so silence (which tends to be filled with our fears and insecurities) acquires calmer and even comforting nuances.

In all these cases, silence can be used and something positive can be extracted from it: a greater reorganization of the ideas we want to express, a moment of intimacy, etc. It also gives us calm in a generally hectic world, something we only want to share with those closest to us.

In short, the effects of silence on our well-being may be more associated with our way of interpreting it than with the intention of others when they use it. Understanding this nuance can help us deal with them in a much more constructive way.

This article has been published in 'The Conversation'.

1 [PHOTOS] Montreal: a vehicle ravaged by arson in Rosemont 2 Is the Lloviu filovirus a threat to global health? 3 Let's get rid of this archaic function 4 This strange monarchical bond imposed 5 A mishap 6 Legal assistance reserved for people with cancer and... 7 It's Christmas every day! 8 Rueda recovers Paula Prado for the general secretariat... 9 The AN orders compensation of 5,000 euros to a man... 10 The CAQ will not give a gift to its opponents 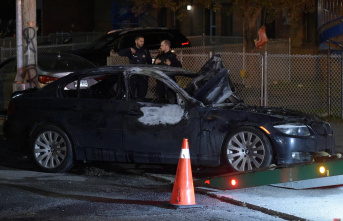 [PHOTOS] Montreal: a vehicle ravaged by arson in Rosemont