Is the Lloviu filovirus a threat to global health?

A decade ago, the authors of this article described for the first time in Spain a filovirus that causes the mass death of Miniopterus schreibersii bats in the Lloviu cave, in Asturias. 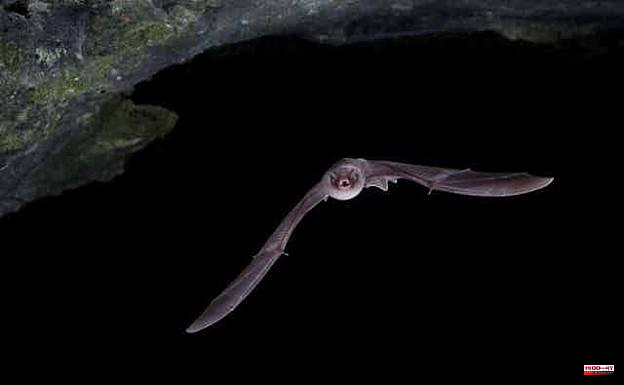 A decade ago, the authors of this article described for the first time in Spain a filovirus that causes the mass death of Miniopterus schreibersii bats in the Lloviu cave, in Asturias.

Now, the virus has gained prominence again after the publication of an article in Nature Communications about the pioneering isolation of the Lloviu filovirus in bats in Hungary. In some media, it is even suggested that this virus could be a threat to human health, and even the potential cause of a pandemic.

Are there objective reasons for such fears?

Lloviu is a relative of the Ebola and Marburg viruses, which cause hemorrhagic fever associated with high lethality in sub-Saharan Africa. For a long time they affected only isolated rural communities, causing outbreaks of moderate size (tens to hundreds of people).

Things changed in 2014, after the Ebola virus reached large urban centers causing an outbreak of tens of thousands of cases. For the first time, he set off alarms outside the area. And Ebola started worrying us all.

The natural hosts of the Marburg virus are considered to be bats of the Rosettus aegyptiacus species, which do not get sick given their high degree of mutual adaptation. But when this same virus infects other species that are foreign to the virus, as is the case with ours, they cause quite a serious disease, even fatal.

The evidence pointing to bats as reservoirs of Ebola viruses is not that strong. Unlike the Marburg virus, the most pathogenic viral species in bats have not yet been isolated. Yes, virus nucleic acids and specific antibodies against it have been detected in some bat species. As in the case of Marburg virus, Ebola-infected bats do not appear to develop disease, but primates, including humans, do.

The Lloviu filovirus was first described in Spain in 2011, analyzing archival samples from a mass mortality event of the cave bat (Miniopterus schreibersii) that had affected various populations of this species in France, Spain and Portugal in the year 2002.

The investigated individuals came from the Lloviu cave, in Asturias, hence the name given to the virus. This species of bat gathers in large colonies during the hibernation period, which makes it especially vulnerable and can seriously compromise its conservation.

At that time, our laboratory was already collaborating with bat experts on rabies research. So, given the concern raised, we conducted research to look for viruses in the carcasses of affected bats. But we found no findings that would allow us to establish a causal relationship with mortality.

Subsequently, bats began to be related to some families of pathogenic viruses for humans, such as coronaviruses, henipaviruses or filoviruses. The focus of our collaborative virus studies in bats extended beyond lyssaviruses and rabies. This is how the VIROBAT projects began, of which the fourth is now coming to an end.

In this context, we retraced archival samples from the 2002 cave bat die-off. It was then that we found, to our surprise, that these bats had significant viral loads of an unknown filovirus in various organs, most notably the lungs. Precisely, the most affected organs according to pathological anatomy studies. Infection by this filovirus seemed the most plausible explanation for the mass mortality episode, in the absence of other more solid hypotheses.

The sequence of the detected virus placed it within the Filoviridae family, like the Ebola and Marburg viruses. Later, we named it Lloviu virus (LLOV) and it was classified as a new genus (Cuevavirus).

At that time, two unknowns remained open. The first is to confirm the pathogenic potential of this virus for bats. The second was to explain why it had caused massive and rapid mortality in M. schreibersii, something that contradicted the high degree of mutual adaptation that usually characterizes the relationship between a virus and its natural host.

In a subsequent study, we found antibodies against the Lloviu virus in healthy cave bats captured in Asturias and Cantabria in 2015. This meant that infection by the virus was frequent and did not always lead to mortality. Something more compatible with a natural reservoir role.

In the aforementioned study in Hungary, in addition to antibodies, the authors detected the virus genome in organs from corpses of Hungarian populations of cave bats not affected by mass mortality. Also in blood of healthy individuals. Even in the ectoparasites collected from these same individuals.

There is no doubt that this virus is capable of infecting this species of bat without causing disease and, therefore, everything points to the fact that it is its natural reservoir.

However, it remains to be seen what makes a virus whose circulation usually seems compatible with the maintenance of stable populations appear to be associated with large mortality episodes from time to time.

That is really the million dollar question. Initially, none of the people who came into contact with the bat carcasses during the 2002 episode showed symptoms. With everything and with that, it was handled in conditions of high biological security during the research work due to its relationship with the Ebola virus.

At the same time that we described the presence of antibodies in healthy colonies of cave bats, we unsuccessfully searched for antibodies against the virus in sera from 22 people with a history of capturing and handling this species of bat. No humans in contact with bats of this species have shown any signs of illness or infection.

Finally, in the new cave research in Hungary, the authors have succeeded in isolating the virus in culture from the blood of infected cave bats using cells from the same bat species. Only, in this case, the virus thus obtained in high concentrations did show itself capable of infecting cells from other mammals, including those of human origin.

The fact that under in vitro conditions it is capable of infecting cells obtained from other mammalian species, including humans, is therefore the only indication of a possible potential for this virus to infect species other than its natural host.

It is certainly interesting to continue with studies in this line. But claiming that this virus has emerging or pandemic potential is entirely speculative and should not be used to raise public alarm.

From the facts that we have just related, it is evident that reacting in an alarmist manner has no objective basis and is enormously harmful. The only thing that is achieved is unjustifiably causing uneasiness and offering, once again, a negative image of bats that can adversely affect their conservation.

Let us remember that bats play an essential role in the natural control of insect populations, being our best allies in vector control of infectious diseases and in reducing the use of pesticides harmful to health. We are talking about animals that are enormously beneficial for human health. Therefore, it is our obligation to protect them, if only for our own selfish interest.

This article has been published in 'The Conversation'.

1 Let's get rid of this archaic function 2 This strange monarchical bond imposed 3 A mishap 4 Legal assistance reserved for people with cancer and... 5 It's Christmas every day! 6 Rueda recovers Paula Prado for the general secretariat... 7 The AN orders compensation of 5,000 euros to a man... 8 The CAQ will not give a gift to its opponents 9 Investigated for driving more than twice the maximum... 10 How to get started on V Rising? Our guide 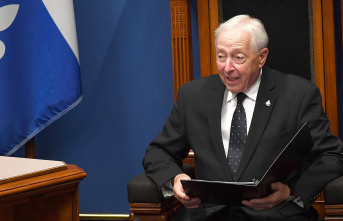 Let's get rid of this archaic function