Alfonso Rueda already has a general secretary for the Galician PP, who will preside from this Sunday, when the regional congress is held. 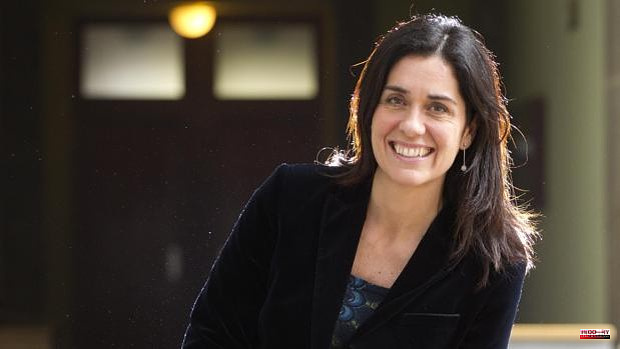 Alfonso Rueda already has a general secretary for the Galician PP, who will preside from this Sunday, when the regional congress is held. The chosen one is Paula Prado (Santiago, 1971), one of the autonomous deputies with the most experience in the party, authoritative voice of the Compostelan PP and example of resistance and survival to the controversial forms of the judge Pilar de Lara, who was about to cut short his career. Prado's choice, announced by 'Faro de Vigo', has been confirmed to this newspaper by popular sources. Her predecessor, Miguel Tellado, has already expressed his desire that the position now fall to a woman. His advice has not fallen on deaf ears.

Prado has a degree and a doctorate in Law from the University of Santiago de Compostela, with a Master's degree in Equal Opportunities, Gender and Social Education also from the USC.

Before entering active politics, she was a lawyer specializing in Civil and Family Law. She is currently deputy spokesperson for the popular parliamentary group in the Autonomous Chamber, although behind her she accredits a long record of service in the party.

Her political beginnings are in Santiago, where she was a councilor since May 2007. She was part of the team with which Gerardo Conde Roa became mayor four years later and against all odds. In that convulsive local government she was spokesperson and councilor for social services. In 2012 she also acceded to Parliament, and at the beginning of 2014, Alberto Núñez Feijóo placed her as spokesperson for the regional directorate. She only lasted a few months in office. Different audios of wiretaps in the context of the 'Pokemon operation' conveniently leaked placed her in a very delicate position, and she ended up resigning from the position. Pilar de Lara came to investigate her husband for non-existent favor treatment in municipalities of the Compostela region governed by the PP.

She did remain as a deputy in the regional parliament, a handle that allowed the case that Judge Pilar de Lara tried to open against her to be sent to the Superior Court of Justice of Galicia, by virtue of her appraisal. The instructor from Lugo built her reasoned exposition based on three alleged irregularities in a contract for a children's show, the license of a nightclub and some alleged plugs. The case was archived in 2015 for not appreciating any irregular conduct. It was another romp over De Lara. But it was too late for Prado. She even left Parliament and joined the Senate in 2016.

For the autonomic ones of that autumn, Núñez Feijóo trusted her again and gave her a starting position in the lists of the province of La Coruña. Since then, she has been a regional deputy, and has watched from a distance the fall from grace of Pilar de Lara, whose nefarious management of her legal macro-cases led her to be sanctioned for a very serious infraction by the CGPJ, losing her place in the courts of Lugo.

With this election, Rueda gives him back a privileged position within the structure of the Galician PP and also gives him organic control, with an eye on municipal elections that still have several candidates from large cities to appoint, as in the case of La Coruña, Ferrol or Orense. An expeditious deputy, who is not afraid of confrontation with the opposition from the rostrum, she is also capable of reaching consensus. Before, she was assisted by her negotiating skills, now she will be reinforced by a position that does not usually serve to make friends within the PP, but to facilitate the work of the new president, Alfonso Rueda.

1 The AN orders compensation of 5,000 euros to a man... 2 The CAQ will not give a gift to its opponents 3 Investigated for driving more than twice the maximum... 4 How to get started on V Rising? Our guide 5 Arrested for alleged ill-treatment a senior official... 6 The Prosecutor's Office files a complaint against... 7 The price of gasoline hits a new all-time high and... 8 I could have been born Franco-Huron! 9 Economists on alert: the slowdown in consumption and... 10 DIRECT. List Deschamps: an expanded group and surprises?... 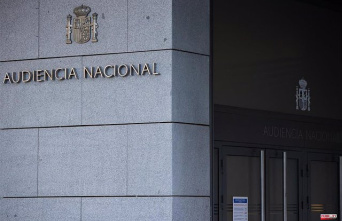