The Valladolid municipality of San Martín de Valvení recovers this summer its Canoe Routes, which will be available on demand for groups of between eight and 16 people, and which allow you to enjoy its famous cuts in the Pisuerga River and all the natural and heritage wealth of the locality. 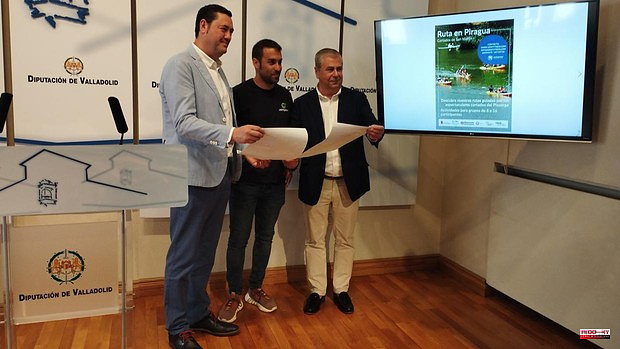 The Valladolid municipality of San Martín de Valvení recovers this summer its Canoe Routes, which will be available on demand for groups of between eight and 16 people, and which allow you to enjoy its famous cuts in the Pisuerga River and all the natural and heritage wealth of the locality.

This was defended this Wednesday by its mayor, Antonio Ibáñez, during the presentation of the routes, which was held at the Pimentel Palace in Valladolid, headquarters of the Provincial Council.

The one in charge of organizing and managing the routes is the Veintytress company, whose representative, Carlos Fernández, has explained that it is a four-kilometre canoe tour that can be done in an hour or an hour and a half, suitable for children from six years, although minors must always be accompanied by an adult.

The company's staff is in charge of picking up the participants in the Plaza Mayor of San Martín, taking them to the starting point of the route, accompanying them during the tour in the water to act "in the face of any circumstance that may arise" and transferring them from return to the town from the point of completion of the route, informs Ep.

The canoes available are both individual and two-seater, although couples accompanying minors can take them with them, and the minimum to participate, since it is an activity on demand, is eight people.

Prices range between 23 and 30 euros per person depending on the size of the group, with cheap rates for the most numerous, although discounts of ten percent are offered for those who have a member of the Friends of the Club among their members. the province.

This activity was launched in September last year "with a very good reception", according to the representative of the company, who hopes that this year it will attract many more people by being available throughout the summer, specifically the months of June, July, August and September.

For his part, the mayor of the municipality highlighted the "dreamy ecological enclave" in which this activity takes place, such as the Pisuerga river cliffs, as well as the area's attractions, right on the Cigales Wine Route and "a 20 kilometers from Valladolid».

Thus, the councilor has invited all the participants, once the activity is over, to walk around the municipality, see its emblazoned houses, have a drink in its bar and enjoy its gastronomy. Registration to participate can be made through the Veintytress website or on the telephone numbers that appear on it.

The presentation ceremony was attended by the Deputy for Sports and Youth of the Valladolid Provincial Council, Javier González, who underlined the importance for the province of initiatives such as this one, which combines sports practice, leisure activities and the use of natural heritage.

1 Primavera Sound 2022: This is the special public transport... 2 Youth Rental Voucher in Valencia: when can it be requested... 3 Delgado once again elects the candidate who knocked... 4 Rebound in arrivals on the Canarian Route: 217 migrants... 5 The German Government calls on the population to stockpile... 6 Consumption announces that Spain will have "a... 7 Justice maintains the date of some oppositions that... 8 Sánchez will extend "beyond June 30" the... 9 The first case of monkeypox detected in Vizcaya 10 The taxis cut part of the Prado to the cry of 'Ayuso... 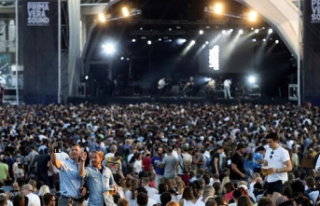 Primavera Sound 2022: This is the special public transport...