Despite the scolding of the Supreme Court, which just a few weeks ago reminded it that "discretion is not arbitrariness", the State Attorney General, Dolores Delgado, has once again proposed Eduardo Esteban as coordinating prosecutor for Minors, whose appointment was annulled by the Third Room on April 19. 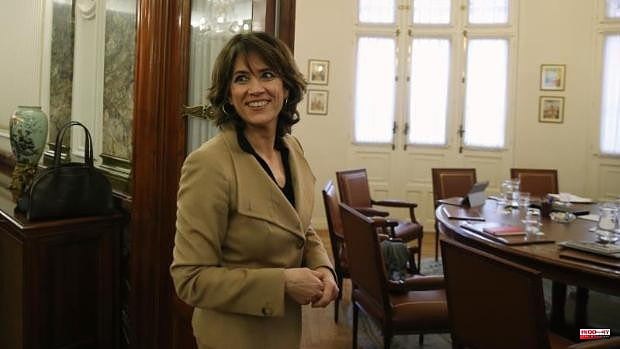 Despite the scolding of the Supreme Court, which just a few weeks ago reminded it that "discretion is not arbitrariness", the State Attorney General, Dolores Delgado, has once again proposed Eduardo Esteban as coordinating prosecutor for Minors, whose appointment was annulled by the Third Room on April 19. In the opinion of the magistrates, the attorney general had not sufficiently motivated the merits of the chosen one when the reality is that those of the other candidate, José Miguel de la Rosa, far exceeded those of the former. For this reason, she admitted the resources of the Association of Prosecutors and De la Rosa and ordered the procedure to be brought back to the moment in which that proposal should have been motivated. Now, without referring to the criticized expression of "positive synergies", Delgado insists on Esteban's suitability to the point that the Council of Ministers yesterday approved the appointment that the BOE publishes this Wednesday.

"It is necessary to motivate and thus externalize the fulfillment of the limits to which the act of election is subject, so as not to incur in a voluntarism that degenerates into arbitrariness," the magistrates pointed out. And that is precisely what Delgado has done in a new document, to which ABC has had access. In it, the attorney general reproaches the Supreme Court for forcing her to do something that is unprecedented in the files of the Attorney General's Office.

The Organic Statute of the Public Prosecutor's Office, says Delgado, "does not contain any precept that indicates that the election of a coordinating public prosecutor must be made based on their specialization." Although he recognizes that this is a criterion to be assessed, the mission that the juvenile coordinating court prosecutor is called upon to carry out "requires taking into consideration the concurrence of other additional powers and powers (...)", such as criminal investigation, management, coordination, supervision or statistics among others.

« In my previous appointment proposal, this State Attorney General only referred to Esteban without mentioning the rest of the candidates for the position. It was not a discourtesy towards the other candidates”, she adds, but rather “there is no precedent” for this comparative analysis between the candidates in the running. »Both candidates have brilliant professional careers, albeit different (...). However, and without this implying any disgrace to De la Rosa's resume, Esteban's professional background and profile is more in line with the specific skills that the juvenile coordinating court prosecutor must develop," she insists. In this sense, he alludes to his greater experience in the management, coordination and supervision of staff and greater knowledge of constitutional law, "an aspect that I consider simply fundamental, since one of the elements -if not the main one that distinguishes the specialty of minors- lies in the specificity in terms of protection of the fundamental rights of minors«.

Remember that until a few months ago, Esteban was carrying out jurisdictional tasks before the TC, a position in which he had been exercising his functions since 2006, with the exception of the period in which he assumed the leadership of the Provincial Prosecutor of Madrid. In turn, during his time as chief prosecutor of Madrid "he assumed the initiation, direction and supervision of all the investigative proceedings initiated in the territorial scope of the Prosecutor's Office with the highest volume of criminal investigations of the entire Public Prosecutor's Office". On the contrary, he says, De la Rosa has not assumed investigative functions since March 2012, when he ceased as a prosecutor attached to the Minors Unit. »For more than ten years he has not carried out any task as a juvenile prosecutor«, Delgado adds.

Delgado disagrees with the criteria of the Third Chamber regarding specialization: «If we follow the criterion of the specialty exclusively, we would be going beyond the statutory requirements, curtailing the possibilities of court prosecutors to change specialty or subject«, points out. For this reason, he considers that the ruling that annuls the appointment »must be interpreted with the parameters of logic and the context« of the institution itself and of the prosecutor's career. »A certain position cannot belong to a specific candidate no matter how qualified he or she may be. To understand it this way would break the very concept of discretion.

Finally, Delgado is full of praise for his candidate and does not hide that De la Rosa's approaches are far from his own. “In his work in the civil section of the Supreme Court Prosecutor's Office, he has been holding positions with which I do not identify in specific matters and that reflect, in my opinion and in my discretion, a lack of sensitivity in approaching legal issues from that point of view. perspective.” “Not only do I choose one of the candidates, I also choose a model,” he says.

«I have to choose someone who in his professional life has shown the capacity for dialogue and has always met with all the affected groups, including minors, and has shown a natural sensitivity to issues of social content or, in contrast» to De la Rosa, who in the practice of law has opted more for the academy and the reflection of the norm than for its effective application", he says.

1 Rebound in arrivals on the Canarian Route: 217 migrants... 2 The German Government calls on the population to stockpile... 3 Consumption announces that Spain will have "a... 4 Justice maintains the date of some oppositions that... 5 Sánchez will extend "beyond June 30" the... 6 The first case of monkeypox detected in Vizcaya 7 The taxis cut part of the Prado to the cry of 'Ayuso... 8 The Minister of Science and Innovation asks the opposition... 9 A calving cow attacks five hikers on Mount Valonsadero... 10 Valencia will be one of the Davis Cup venues for the... 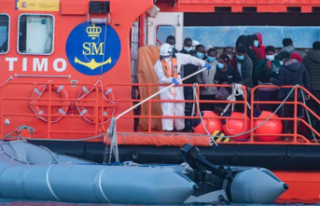 Rebound in arrivals on the Canarian Route: 217 migrants...