Youth Rental Voucher in Valencia: when can it be requested and definitive requirements to access the aid

The Generalitat is going to allocate 45 million euros to the Youth Rental Bonus for the years 2022 and 2023. 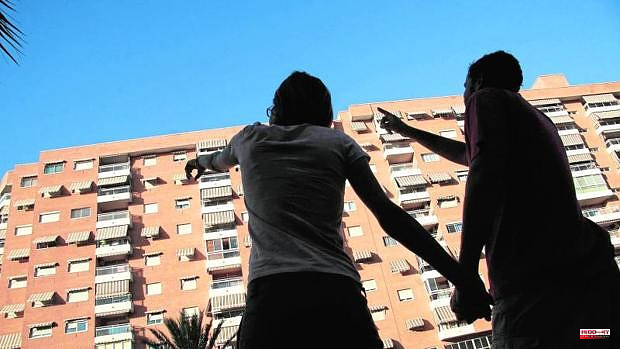 The Generalitat is going to allocate 45 million euros to the Youth Rental Bonus for the years 2022 and 2023. This has been announced by the second vice president and Minister of Housing and Bioclimatic Architecture, Héctor Illueca, who has presented these grants, whose objective is "to facilitate the emancipation in a home or room for rent or transfer of use to young people with limited economic means, through the granting of direct aid. Likewise, he has highlighted that the Valencian Community "is the first autonomous community that will begin to process these aids this year."

The vice president recalled the latest data from the Youth Emancipation Observatory regarding housing. In the first half of 2021, only 13.7% of young Valencians were able to leave the family home to have their own, with women having greater difficulty becoming independent.

In addition, a person between sixteen and thirty years of age in the Community has to allocate 64% of their salary to pay the rent if they are emancipated alone and 35% if they share a flat.

Some data that he has described as "worrying" and that derive from a systemic crisis that affects wages, temporary employment, purchasing power and the precariousness of youth. "A precariousness that makes it very difficult for young people to emancipate themselves and that also generates anxieties and illnesses derived from the uncertainties that decisively affect their mental health."

Hence, Héctor Illueca has highlighted "the need to opt for policies that decisively combat precariousness", such as the new labor reform that has ensured that half of the contracts signed in April in the Community were indefinite and that unemployment have gone down

The head of Housing considers that these advances are "a matter of political will", as is the Youth Bonus presented today that demonstrates "our commitment to combat precariousness, help young people to emancipate themselves and give them the material conditions to build a worthy future.

The maximum amount of aid that will be granted in 2022 will initially be 22,800,000 euros, with its contribution corresponding to the Ministry of Transport, Mobility and Urban Agenda.

The Youth Rental Bonus is designed as an aid of 250 euros per month for young people who are not older than 35 years. It is a total aid of 6,000 euros spread over 24 monthly installments with which it is intended to facilitate the emancipation of this group, as well as help to avoid or, at least, slow down the demographic challenge.

The presentation was attended by representatives of the Consell Valencià de la Joventud, the Institut Valencià de la Joventut, FAGA, the Union of Consumers UCCV, the unions UGTPV, CCOO and Intersindical, as well as managers and technicians of the Mancomunitat Ribera Alta , Torrent and the Xaloc offices in Gandia and Ontinyent

The General Director of Housing Emergency, Pura Peris, has explained the bases of this call for subsidies, which will be granted directly, based on the mere concurrence of the requirements established to be a beneficiary, provided that there is a budget allocation.

People of legal age, under 35 years of age or at that age when requesting it, being the owner or being in a position to sign a lease, the home or room must be their habitual and permanent residence during all the period for which the aid is granted.

The rent or transfer price of the home must be equal to or less than 600 euros per month, while in the case of renting a room, this rent is established at a maximum of 300 euros per month. The bases establish a table of maximum prices according to the location of the properties. Likewise, general expenses, bonds, services, taxes, or charges will not be eligible.

The aid will be granted for a period of two years and the beneficiaries will be obliged to notify the Ministry of Housing of any modification of the conditions or requirements that motivated the granting of the Youth Rental Voucher.

In addition, Héctor Illueca has highlighted that this call includes a social demand: «It will not be required to have already signed the rental contract when the aid is requested and the equivalent of up to two monthly payments can be advanced to help young people to access with sufficient solvency to a worthy rent, avoiding leaving anyone behind».

The period for submitting applications will start from the day following the publication of the order in the DOGV and will remain open until October 31, 2022.

The application and the required documentation will be formalized by means of an electronically completed form that will be available on the website of the Second Vice Presidency and the Ministry of Housing and Bioclimatic Architecture, with all the information and documentation of the call.

The town halls and associations by themselves or through the offices of the Xarxa Xaloc; as well as the offices of the Xarxa Jove Program, developed by the Valencian Youth Institute, may submit applications electronically by means of a digital certificate, on behalf of the interested persons who authorize them by means of a form. In the event that the global amount allocated to these grants were increased, the application submission period would be reopened.

1 Delgado once again elects the candidate who knocked... 2 Rebound in arrivals on the Canarian Route: 217 migrants... 3 The German Government calls on the population to stockpile... 4 Consumption announces that Spain will have "a... 5 Justice maintains the date of some oppositions that... 6 Sánchez will extend "beyond June 30" the... 7 The first case of monkeypox detected in Vizcaya 8 The taxis cut part of the Prado to the cry of 'Ayuso... 9 The Minister of Science and Innovation asks the opposition... 10 A calving cow attacks five hikers on Mount Valonsadero... 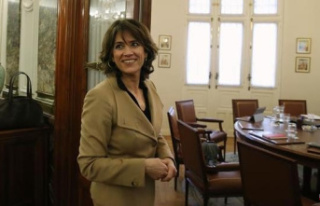 Delgado once again elects the candidate who knocked...