Rebound in arrivals on the Canarian Route: 217 migrants and four boats

During the night, the emergency services have assisted 168 migrants who were traveling in three boats intercepted by Salvamento Marítimo, to which one more is added early today, Wednesday, with 49 people on board for a total of 217 people. 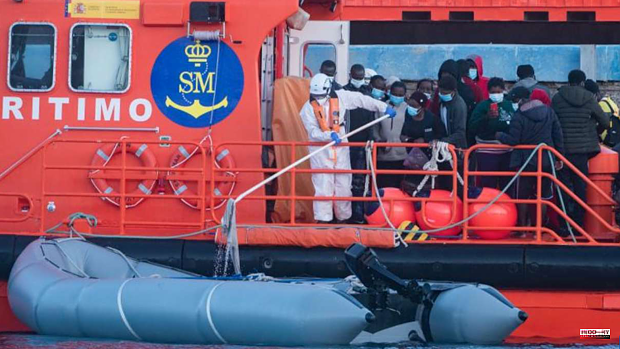 During the night, the emergency services have assisted 168 migrants who were traveling in three boats intercepted by Salvamento Marítimo, to which one more is added early today, Wednesday, with 49 people on board for a total of 217 people.

According to calculations, at least five young children were traveling on these boats. In addition, three women and two minors were transferred to hospitals for minor pathologies. The rest are in good general condition.

In waters near Fuerteventura, a pneumatic boat was located with 45 people on board (33 men, 10 women and 2 minors), who have been transferred to the Gran Tarajal dock.

On the other hand, 123 people (98 men, 24 women and one minor) have arrived in Lanzarote from two boats, while there is a fourth group that is heading to the island at the moment, made up of 49 people according to the first data, with at least two children.

Today and in the last few hours, 217 migrants have arrived in Canarian waters, with which activity continues to be added to the Canarian Route. Yesterday 115 migrants were rescued, and the day before, 221.

On May 28, 53 were rescued, on May 18, 104, and the trickle of boats and precarious boats such as inflatables continues.

1 The German Government calls on the population to stockpile... 2 Consumption announces that Spain will have "a... 3 Justice maintains the date of some oppositions that... 4 Sánchez will extend "beyond June 30" the... 5 The first case of monkeypox detected in Vizcaya 6 The taxis cut part of the Prado to the cry of 'Ayuso... 7 The Minister of Science and Innovation asks the opposition... 8 A calving cow attacks five hikers on Mount Valonsadero... 9 Valencia will be one of the Davis Cup venues for the... 10 Experts foresee greater rigidity in contracts due... 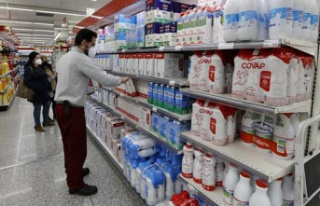 The German Government calls on the population to stockpile...