After banning a large part of online gaming advertisements, the Government is now focusing on video game loot boxes. 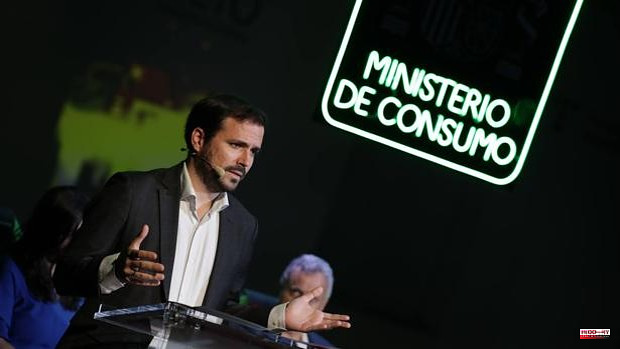 After banning a large part of online gaming advertisements, the Government is now focusing on video game loot boxes. The Minister of Consumption, Alberto Garzón, announced this Wednesday that Spain will be the first country in Europe to have "a specific law" to regulate the 'loot boxes' or loot boxes of video games. Garzón advanced this measure at the opening of the seminar «Loot Boxes. New challenges for the video game industry» organized by the Ministry of Consumer Affairs to discuss these random reward mechanisms with experts and professionals from the sector.

Garzón explained that his department will present a regulation in a few weeks that will be "a pioneer in Europe." In other words, Consumption will now focus on the so-called reward boxes or "devices that have an economic value in a real or fictitious market and whose random prize can be resold or exchanged, including the famous NFTs or cryptocurrencies."

The objective of the future regulation, in the words of the minister, is "to make the best possible law for the protection of all consumers and people who play video games." The Minister of Consumer Affairs stressed that having a "specific law" in this area "will allow fun and that this is compatible with the preservation and maximization of the health of all consumers and, in particular, of the most vulnerable."

From Consumer Affairs they cited data from the National Plan on Drugs, specifically the figure that three out of 10 students spent money in 2021 within video games to improve the position, the character, the accessories or the image... apart from the purchase and it is the younger boys -above the girls- who use these purchasing mechanisms the most.

This means, in the words of Garzón, that we are "facing an open model that allows the player to pay for improvements that will probably provide him with more leisure but, probably, also more competitive elements".

«A system as particular as that of the 'loot boxes' that we are analyzing today is where characteristics very similar to those of traditional games of chance have been introduced. They share the randomness or chance in the result, that it costs money to activate the mechanism and that the prize has an evaluable value, ”argued the head of Consumption.

Given this, and given that these mechanisms can be associated with the "negative consequences" that traditional games of chance entail, the Ministry of Consumer Affairs will promote a specific rule that regulates them. Above all, according to Garzón, because they can lead to "thoughtless, compulsive or even pathological" consumption behaviors.

Finally, the minister pointed out that the defense and protection of vulnerable people and, especially, of minors, is a main objective of the Government. Hence, the Ministry of Consumer Affairs wants to carry out "the best possible law" in this matter.

1 Justice maintains the date of some oppositions that... 2 Sánchez will extend "beyond June 30" the... 3 The first case of monkeypox detected in Vizcaya 4 The taxis cut part of the Prado to the cry of 'Ayuso... 5 The Minister of Science and Innovation asks the opposition... 6 A calving cow attacks five hikers on Mount Valonsadero... 7 Valencia will be one of the Davis Cup venues for the... 8 Experts foresee greater rigidity in contracts due... 9 Bale's emotional farewell letter: "I have... 10 The new pumping station in Villamuriel (Palencia)... 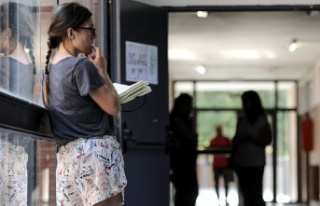 Justice maintains the date of some oppositions that...