Primavera Sound 2022: This is the special public transport device to get to the Forum

Primavera Sound opens the festival season in Barcelona this week, in a special edition that will last two weekends. 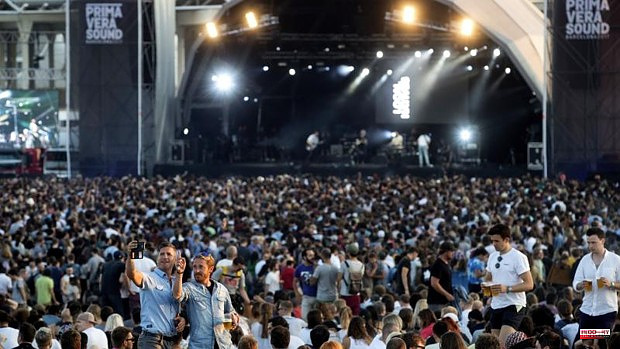 Primavera Sound opens the festival season in Barcelona this week, in a special edition that will last two weekends. The event, which will be located at the Fòrum, will feature some 400 bands on 16 stages and is a joy for music lovers, who once again have the festival among their plans, after having canceled the 2020 and 2021 editions due to the Covid pandemic.

For the occasion, Barcelona's public transport services will reinforce their usual schedules. TMB will enable, for example, two shuttle bus services between Plaça Catalunya and Parc del Fòrum or Paseo de Taulat. The idea is that both routes go to the nerve center of the city, so that those attending Primavera have other services nearby such as the Metro, Ferrocarrils de la Generalitat de Catalunya (FGC), bus lines or NitBus.

This service will be free and will only require a special ticket that will be dispensed by the organization of the festival.

Specifically, the line that will provide the service from Paseo de Taulat will operate on the nights of June 3, 4, 5, 10, 11 and 12. Those from Thursday to Friday will do so from 12 at night until 5 in the morning; for the nights from Friday to Saturday the service will be between 2 and 5 in the morning, and from Saturday to Sunday, it will circulate between 4 and 7 hours.

The second bus shuttle, which will circulate from the Fòrum, will operate from Thursday to Friday, from Friday to Saturday, and from Saturday to Sunday from 12 midnight to 4 in the morning.

On the other hand, the Trambaix will offer uninterrupted service on its T4 line, which passes right through the gates of the Parc del Fòrum. Thus, both the first and the second weekend, the tram will operate 'non stop' between 5 am on Thursday and until midnight on Sunday. At night, the frequency will be 20 minutes, although at specific times (such as the end of the most important concerts of the day) double trams are planned to speed up the departure of festival goers.

All in all, TMB "especially" recommends the Metro network for journeys; He recalled that all the lines, through their links, allow to reach the El Maresme - Fòrum station on line 4, and that the metro will work until 2 in the morning on Fridays and with uninterrupted service on Saturday night. On the other hand, the regular TMB bus lines that arrive at Parc del Fòrum are: H12, H14, H16, V29, V31, V33, 7 and 136, added TMB.

1 Youth Rental Voucher in Valencia: when can it be requested... 2 Delgado once again elects the candidate who knocked... 3 Rebound in arrivals on the Canarian Route: 217 migrants... 4 The German Government calls on the population to stockpile... 5 Consumption announces that Spain will have "a... 6 Justice maintains the date of some oppositions that... 7 Sánchez will extend "beyond June 30" the... 8 The first case of monkeypox detected in Vizcaya 9 The taxis cut part of the Prado to the cry of 'Ayuso... 10 The Minister of Science and Innovation asks the opposition... 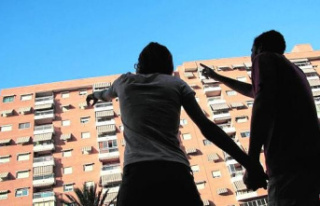 Youth Rental Voucher in Valencia: when can it be requested...