Salvini fiasco in the referendum on justice in Italy: turnout of 21%, the lowest in history

The center-right leads the exit polls in the Italian municipal elections that have been held in almost a thousand municipalities, with more than nine million people eligible to vote. 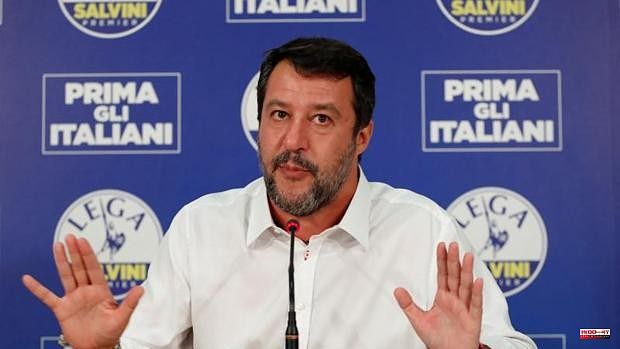 The center-right leads the exit polls in the Italian municipal elections that have been held in almost a thousand municipalities, with more than nine million people eligible to vote. The official scrutiny will begin this afternoon, and there will be a second round in the municipalities with more than 15,000 inhabitants, in which the candidate has not exceeded 50% of the votes. In the absence of definitive figures, the only certain data on this first day of voting is the very low turnout at the polls for the local elections (54.7% was the turnout, in the previous municipal elections it was 60.1%) and the expected failure of the referendum with five questions on justice promoted by Matteo Salvini, leader of the League, and the Radical Party.

For Salvini, the referendum has been a debacle, because the turnout has been the lowest in the history of referendums in Italy: Only 20.9% of the 51 million with the right to vote participated, with minimal turnout in the big cities ( in Rome 16.7%, in Naples 14.8).

The historic failure of the referendum on justice is cause for alarm in Italy, because participation in the vote measures the state of health of a democracy, its ability to propose solutions and the improvement of its conditions. In the Italian Republic, since 1946 there have been 67 repealing referendums, in which a quorum must be reached, half plus one of those who have the right to vote, in order to be valid and allow a current norm to be partially or totally annulled. In Italy they have been an instrument of direct democracy that has contributed to writing the history of the evolution of Italian society. In this sense, famous were divorce in 1970, with 87.7% participation, or abortion in 1981, with 79.4% influx.

The climate of distrust and disenchantment has made all weapons sound in the parties and in the institutions. But the referendum instrument has been in crisis for a long time due to the abuse that has been made of it. Since 1995, the quorum was reached only in 2011 on public water, nuclear energy and legitimate impediment. It was the time when former Prime Minister Silvio Berlusconi, leader of Forza Italia, with the best lawyers in the country on his payroll, tried to escape from the courts of justice by invoking the legitimate impediment. The Italians went to the polls to prevent it.

Politically, the referendum on justice has been a disaster for Matteo Salvini, who fails miserably in his fight against the judges, followed by other leaders, notably Silvio Berlusconi and Matteo Renzi of Italia Viva. Salvini's battle against certain magistrates had as a background his own example from his period as Minister of the Interior, in which he distinguished himself for his hard line against immigrants, suffering two trials for the blockade of two ships with immigrants, the Gregoretti and the OpenArms.

Salvini's defeat in the referendum has been twofold: in substance and in form, because in addition to not having a quorum, the leader of the League has not achieved a change of justice, particularly in two of the five questions that were raised . The so-called Severino Law will remain in force, which prohibits those who are convicted by a court from holding elective and government positions (for this law Silvio Berlusconi had to leave the Senate in 2013, after being convicted of tax fraud in the Mediaset case of buying and selling movie broadcasting rights). Nor has the referendum succeeded in establishing certain limits on the power of prosecutors to impose pre-trial detention. Judging by the vote of those who participated in the referendum, the current of public opinion that prefers the severity of the judiciary towards politicians has won.

The shipwreck of Matteo Salvini in the referendum leaves him very touched politically. It is the reflection of a leader who has not been right in any of his important decisions for a long time. The most recent, apart from the failure of the referendum, was his failed trip to Moscow in May to mediate in the war in Ukraine. His leadership in the League is more questionable than ever.

1 The second strike of the 'contact center'... 2 The birth rate registers historical lows in the Basque... 3 Families who will have free textbooks next year go... 4 María Raboso, Alba Espejo and Rocío Vaquero, Queens... 5 The “tsunami” of the coronavirus caused the number... 6 Caritas warns that the "new poor is a middle... 7 Sexist violence in the Canary Islands rises 8% in... 8 Pedro Palomo: «Family businesses are the lifeblood... 9 Dismantled a human trafficking network on the border... 10 Alert: The DGT starts a control campaign in the province... 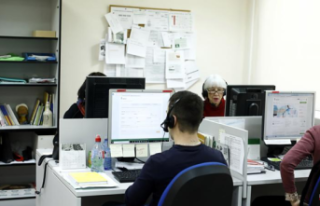