Caritas warns that the "new poor is a middle class worker"

The economic situation, with inflation growing well above wages (most of them frozen), is changing the profile of people who ask Caritas for help. 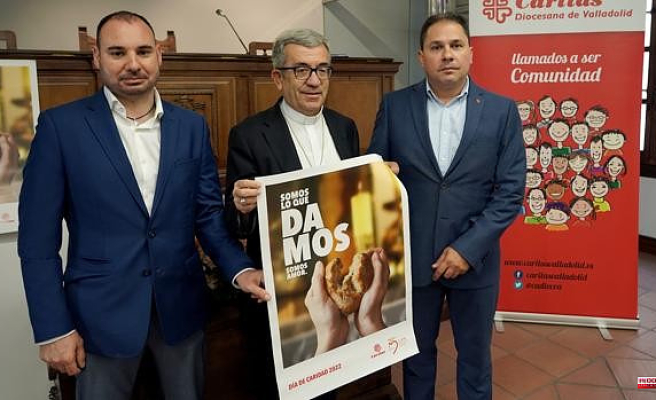 The economic situation, with inflation growing well above wages (most of them frozen), is changing the profile of people who ask Caritas for help. It already started to be like that with the pandemic and now the situation is getting worse. Moreover, "the new poor is the middle-class worker", recognized the president of the NGO of the Church in Valladolid, Guenther Boelhoff Carbajo, during the presentation this Monday of the 2021 Caritas Memory.

One of the conclusions of the exercise is that, as happened the previous year, more and more families are asking for help and that "months ago they would not have considered going to Cáritas."

In fact, four out of ten people who arrived did so for the first time, a trend that has been on the rise since 2020. In this sense, the director of Cáritas in Valladolid has detailed that "more and more families are having difficulties make ends meet" and have to discern between what they can keep and what they have to do without.

Another recent phenomenon is the "incessant trickle" of people "in an irregular situation who lack a place to live with dignity."

During the past years, the organization served 1,426 people, 73 percent of whom were women, which shows that "vulnerability has a woman's name." With an increase in these actions of 21 percent compared to 2019, Cáritas granted more than 538,000 euros in aid (18.5 percent more), half to pay the rent. In addition, among the most repeated interventions are those related to advice to access the Minimum Vital Income. The psychological and emotional support that 300 people have received has also increased.

In terms of employment, where "comprehensive work" is carried out, 451 interventions have been carried out. On this point, Guenther Boelhoff highlighted that one in five people in a situation of exclusion finds their first job or has their first work experience thanks to Cáritas.

For his part, the auxiliary bishop of Valladolid, Luis Argüello, present at the presentation of the Memory, who has denounced the "individualism" that prevails in society, a situation that he has attributed to "the traps of capitalism", when, in his judgment «ties are not enemies of society»: «The new cultural progressivism, previously called left, plays into the hands of that capitalism that promotes an individualistic subject with a certain form of consumption».

1 Sexist violence in the Canary Islands rises 8% in... 2 Pedro Palomo: «Family businesses are the lifeblood... 3 Dismantled a human trafficking network on the border... 4 Alert: The DGT starts a control campaign in the province... 5 The patios of Toledo once again show their splendor... 6 Sixteen years in prison for the marriage that forced... 7 Justice asks to modify the Valencian law to include... 8 Treasury accounts to test the viability of the transport... 9 The Ibex deepens its collapse and the risk premium... 10 The 'hero of Pisuerga' arrested after attacking... 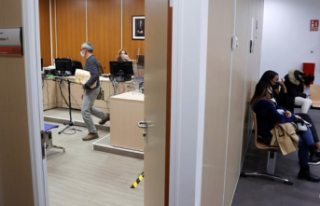 Sexist violence in the Canary Islands rises 8% in...