Purchasing power: in the face of inflation, Lidl offers a 5% discount coupon, once a month

Once a month, at Lidl, inflation will disappear.

Once a month, at Lidl, inflation will disappear. In the midst of soaring food prices, the German distributor is launching from this Thursday, May 19 and until August 31, its “Help that is worth the cost” operation. Holders of the “Lidl Plus” virtual card can, once a month, use a 5% reduction coupon valid on all products in the store.

“It will be applied to the final ticket, at the time of payment, explains Michel Biero, executive director of purchasing and marketing at Lidl France. Concretely, on May 19 if you fill up with 100 euros, and you use the coupon, you will pay 95 euros! »

To benefit from it, all you have to do is download the free “Lidl Plus” application to your smartphone, which 4.5 million users already have. The coupon will automatically appear on May 19, then on June 1, July 1 and August 1. The consumer can choose when to activate it during the month.

“Obviously I recommend doing it when you have a big tank. Everyone has access to it, regardless of their income or the composition of the household, and the discount is immediate, boasts Michel Biero, who emphasizes the “loyalty dimension. »

The operation aims to lighten the wallets of the French, attacked by inflation when it reached 2.9% in April over one year on consumer products (PGC), according to the IRI institute. Lidl, known for being cheaper than its competitors in large retailers, is not immune to rising prices. “It is 3% in our stores, as elsewhere, confirms Michel Biero. We keep, despite everything, the best value for money thanks to our model. We distribute 90% of distributor brands (MDD), which the French buy more at this time. »

The German distributor has decided to "trim" its margin, at the request of Bercy, which urges the players in the large distribution sector to make "gestures". Leclerc has, for example, set up an "anti-inflation shield" until July 31 with the blocking of the prices of the 120 most purchased products in stores. While Intermarché offers 5% reduction, like Lidl, but in the form of a voucher that can be used every day, for holders of the Intermarché loyalty card “whose family quotient is less than or equal to 850 euros”.

“Each actor does what he can according to his ideas, his creativity, his desire and his possibilities, notes the executive director. It is wrong to say that the margin of a distributor is only 10%, as I hear it said by some of my colleagues, i.e. the minimum margin imposed on food products by the EGalim law. We have the means to act to help consumers through this very difficult period. »

The average basket down slightly

At Lidl, the average basket has decreased "by a few euros" in recent weeks, says Marc Biero, without revealing the amount. Households, on the other hand, come “more frequently” to stagger their expenses, keeping the same habits. "Purchases of fresh produce, meat, fish, fruit and vegetables, are maintained or even developed, while this is where prices are increasing the most," observes Marc Biero. The outbreak will continue.

The leader of Lidl anticipates that food inflation will reach 5% "during the summer", before climbing to "7 or 8%" in the fall. “We will see at that time what we will do, slips Marc Biero. Our 5% discount coupon ends August 31st. There will be a review clause. We will be able to extend it, strengthen it or propose another offer... We don't know yet. »

1 War in Ukraine: Renault sells its assets in the country... 2 Truce in Yemen: first commercial flight from Sanaa... 3 Ligue 1: Dimitri Payet calls for "cleaning up... 4 The Ibex 35 starts the week with a fall of 0.54% and... 5 The maximum price of the butane cylinder will rise... 6 Pep Cazador is proclaimed champion of Spain of ILCA... 7 A second and a ninth leave Spain out of the Bermuda... 8 Emmanuel Macron can appoint a woman head of government... 9 Russia raises the number of refugees from Ukraine... 10 Borrell calls for an effort from EU countries to unblock... 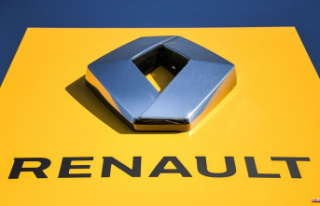 War in Ukraine: Renault sells its assets in the country...