The maximum price of the butane cylinder will rise from tomorrow by 4.94%, to 19.55 euros 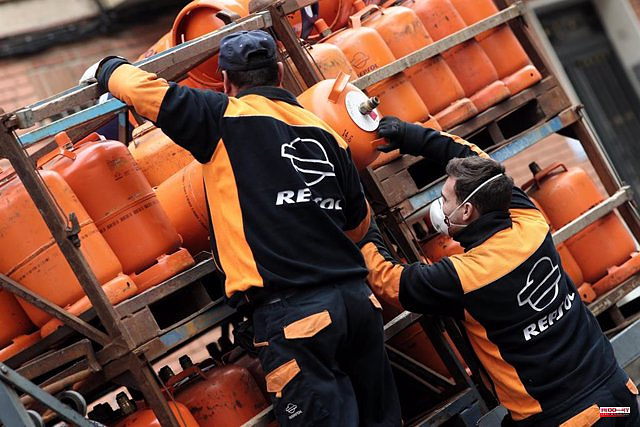 The maximum price of the 12.5-kilogram butane cylinder will increase by 4.94% starting tomorrow, May 17, to stand at 19.55 euros, according to a resolution published this Monday in the Official State Gazette ( BOE).

The maximum sale price of bottled liquefied petroleum gases (LPG) in containers of between 8 and 20 kilograms has not been liberalized.

Its value is reviewed every two months on the third Tuesday of the month, by Resolution of the General Directorate of Energy Policy and Mines.

This bimonthly review of the price is calculated based on the cost of the raw material (propane and butane) in the international markets, as well as the cost of freight (transport) and the evolution of the euro-dollar exchange rate.

On the other hand, said revision of the price, upwards or downwards, is limited to 5%, accumulating the excess or defect in price for its application in subsequent revisions.

Bottled liquefied petroleum gas (LPG) is a mixture of hydrocarbons, mainly composed of butane, which serves as an alternative to natural gas for energy consumption in pressurized containers, especially in towns or urban centers without connection to the natural gas network. .

Currently, 68 million LPG containers of different capacities are consumed, of which 53 million are subject to the maximum regulated price (78%). It is a fuel in decline: from 2009 to 2018 the total consumption of bottled LPG has decreased by 20%.

The Government approved an increase in the coverage of the thermal social bonus. In the PGE of 2021 the budget item reached 202.5 million euros and in the PGE of 2022 it reaches 228 million, after the expansion of the number of potential beneficiaries to 1.9 million households included in Royal Decree-law 6 /2022, which adopts urgent measures within the framework of the National Response Plan to the economic and social consequences of the war in Ukraine.

Also starting this Tuesday, May 17, a new maximum price for piped liquefied petroleum gas (LPG) comes into effect, which represents a 7.9% decrease in the bill for an average customer, compared to current prices.

This decrease in the bill is due to the decrease, compared to the previous month, in the international prices of propane (-15.39%) and butane (-9.44%), despite the depreciation of the euro against the dollar ( -1.82%) and the increase in freight rates (15.91).

With the new prices, the annual bill suffers the greatest reduction of the last year.

The activity of supplying liquefied petroleum gas (LPG) by pipeline consists of supplying propane gas through a distribution network fed from a tank where the gas is stored in liquid form.

This modality allows a constant supply to the customer, with billing by meter, without the need for a prior order, which makes piped LPG an alternative to the supply of natural gas in small towns or urban centers far from the natural gas network. There are around 360,000 consumers in Spain.

This activity is not liberalized, therefore, all customers are supplied through the distribution company that owns the distribution network to which they are connected, at regulated prices.

In application of Order ITC/3292/2008, on the third Tuesday of each month a new rate for channeled LPG comes into effect, which is approved by resolution of the Directorate General for Energy Policy and Mines.

1 Pep Cazador is proclaimed champion of Spain of ILCA... 2 A second and a ninth leave Spain out of the Bermuda... 3 Emmanuel Macron can appoint a woman head of government... 4 Russia raises the number of refugees from Ukraine... 5 Borrell calls for an effort from EU countries to unblock... 6 Lava flows seen like never before thanks to high-resolution... 7 Melania Trump: the suffering of Americans, the future... 8 The borders of Ceuta and Melilla open this Tuesday... 9 The TS confirms 22 years in prison for a man who stabbed... 10 PSG: Messi's father hopes for his return to Barça... 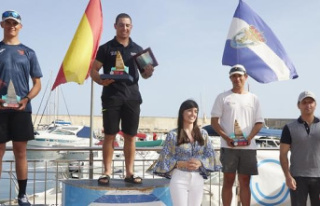 Pep Cazador is proclaimed champion of Spain of ILCA...