Spain dreamed for a few minutes with the first final of the third SailGP season at the Bermuda Sail Grand Prix. 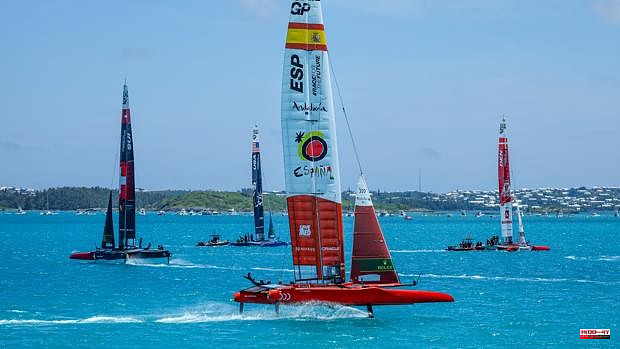 Spain dreamed for a few minutes with the first final of the third SailGP season at the Bermuda Sail Grand Prix. In the first test, the Spaniards made another spectacular start that they sealed with a second position, a result that suggested a comeback after an irregular first day. However, the mistakes made by the F50 Victoria in communication penalized the team. The Australians, led by Tom Slingsby, showed that they had not lost the rhythm that made them winners in the first and second seasons of the league and prevailed in Bermuda, followed by the United Kingdom and Canada, a new team along with Switzerland.

The Spanish team repeated crew during the second day, with Paula Barceló as grinder and Joan Cardona as tactician when competing with a broken right hand.

Jordi Xammar led the F50 Victoria, together with Florian Trittel (wing trimmer), Diego Botin (flight controller) and Joel Rodríguez (grinder). The team, which is still the youngest in the entire fleet, managed to close good starts this weekend.

Paula Barceló, who made history in Bermuda by becoming the first woman to play the role of grinder, said that "we are a little disappointed by our results but I think it's just a lack of experience." The person in charge of fleet management was confident in the face of the Chicago test, stating that "we are looking forward to the next test to continue improving those little things and be at the top soon". Along these lines, Jordi Xammar, skipper of the F50 Victoria, assured that "the only focus of the team until the next test will be how to improve performance, analyzing all the details".

Spain closes a second position and a ninth place

The Spaniards caressed the dream of getting into the final in the first round and changing the course of the previous day. The F50 Victoria made a fantastic start which placed them in the top positions, followed by New Zealand and Denmark. A group that would not leave the head of the fleet for much of the test, although Spain received a penalty at the second buoy that made it lose positions in a timely manner. But they soon recovered and rejoined the lead. In the last minutes of the test, Denmark lost speed, a fact that New Zealand took advantage of to finish first and Spain to close a second place. Denmark closed a third place in the test in which France saw the second black flag in the history of SailGP by endangering the British boat.

In the second round, luck turned against the Spanish team, who could not sign a start like the first, while Australia took the lead without leaving any team the chance to dispute the lead. The heavy traffic on the race course penalized the Spanish team, which experienced communication errors that did not allow it to get off the ground for the entire second leg of the day. Test without major changes or surprises that Australia ended up awarding, followed by the United States and Denmark. The F50 Victoria finished ninth.

The final in Bermuda was unprecedented, with Australia, Great Britain –two classics-, but with Canada as the third participant, a new team in the fleet led by Phil Robertson. The three-man race was colorless, Tom Slingsby took the lead from the very start and gave no chance, leaving Ben Ainslie and Phil Robertson fighting for second place. The Australians demonstrated their experience and prevailed with authority, followed by Great Britain and Canada.

The second SailGP event will be the United States Sail Grand Prix | Chicago, which will be held on the shores of Lake Michigan on June 18 and 19.

1 Emmanuel Macron can appoint a woman head of government... 2 Russia raises the number of refugees from Ukraine... 3 Borrell calls for an effort from EU countries to unblock... 4 Lava flows seen like never before thanks to high-resolution... 5 Melania Trump: the suffering of Americans, the future... 6 The borders of Ceuta and Melilla open this Tuesday... 7 The TS confirms 22 years in prison for a man who stabbed... 8 PSG: Messi's father hopes for his return to Barça... 9 Victims of crime: the support network wants to strengthen 10 Valneva COVID-19 vaccine: “notice of intent to terminate”... 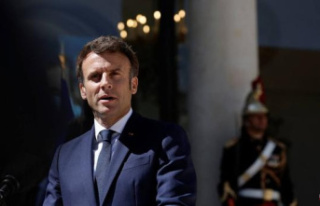 Emmanuel Macron can appoint a woman head of government...