Public Employment Offer in the Valencian Community: the Generalitat launches a call for 3,833 places

The Generalitat Valenciana has announced an extraordinary Public Employment Offer of 3,833 places, of which 3,094 are for stabilization and 739 for internal promotion. 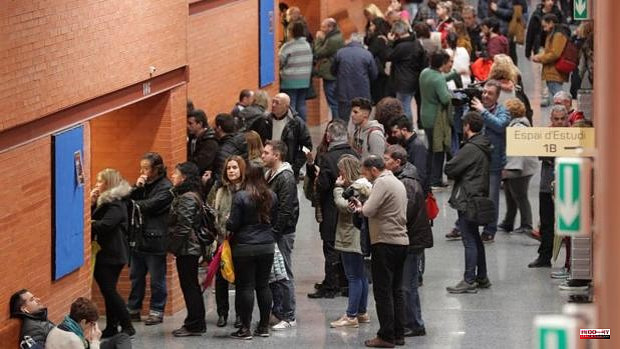 The Generalitat Valenciana has announced an extraordinary Public Employment Offer of 3,833 places, of which 3,094 are for stabilization and 739 for internal promotion. Of the first, 2,520 will be by contest (without exam) and 574 by contest-opposition. In addition, a percentage is reserved for functional diversity, 131 places, according to data from the Ministry of Justice, Interior and Public Administrations.

This is how the Ministry has transferred it to the unions in the Public Function Sectoral Table held last Thursday, where the decree to reduce temporary work has been reported, which has to be published before June 1, as established by law 20/ 2021, of December 28, on urgent measures to reduce temporary employment in public employment.

According to sources consulted, CCOO PV has expressed its support for the decree at the table, in which CSIF, Intersindical and UGT Serveis Públics PV are also represented, which has expressed its rejection and has announced that it is studying mobilizations and a possible appeal to the courts.

Currently, the Valencian Civil Service has 9,667 interims, of which 8,310 are in structural positions. The Valencian General Administration has, right now, a staff made up of 19,072 people between career civil servants, interim and labor personnel.

Sources from this department have indicated that this call represents a "great organizational challenge" on the part of the Valencian Administration, while at the same time committing to the "stabilization" of public employment, which it assures that it will do "from dialogue with social agents" .

From the Federation of Services to the Citizenship of CCOO PV, its support for the OEP has been shown in a statement and that the Generalitat offers, from 2017 and until this last offer, a total of 9,323 places to reduce temporary employment.

As the union has pointed out, “the different agreements for the stabilization and reduction of temporary employment in the public sector below 8%, reached since 2017 at the state level, have been transferred and applied in the Administration of the Generalitat Valenciana through the corresponding ones since that year.

Likewise, it has shown its support for the last OEP of 3,833 places "because it includes practically all the places that can be called with the criteria provided for in Law 20/202 on urgent measures to reduce temporary employment in the public sector, guaranteeing, likewise, the right to internal promotion».

This number is added to the rest of the positions that meet the criteria provided for in that regulation in order, "for the last time and in an extraordinary manner, to approve a new OEP in which the positions occupied on an interim basis since before January 1, 2016 will be the merit contest may be applied as a selective system. And in which they are occupied on an interim basis, for at least three years prior to 12/31/2020, by the competition-opposition system.

However, UGT Seveis Públics, the majority union at the table, does not endorse the Consell decree and has announced that it is studying mobilizations and a possible appeal in court since it considers that the number of places provided for the extraordinary Public OEP "is very insufficient and does not include the scale of the processes».

The union has lamented in a statement the "lack of agreement" and considers it a "lost opportunity to end temporary employment." UGT SP PV maintains that this number of places "does not cover even half of those that were likely to be put on offer", for which it has shown its 2 disappointment with a decree that will not solve the serious problem of temporality that the Generalitat has and that leaves thousands of interims and interims in a complicated situation ».

In addition, the union criticizes that the Ministry of Justice and Public Administration "has left out of the decree the negotiation on the scale, a cornerstone of this process" and has not provided all the required information. In his opinion, the lack of agreement and the distancing of the unions with the greatest representation 2 leaves the Valencian Executive in a very bad place and, in particular, the Department of Justice” and underlines that, on the other hand, it has supported other agreements, such as the achieved in the instrumental public sector and in the field of Health.

1 «The season is ten, it only remains to put the icing... 2 Bettman listening 3 When respect has its place 4 Municipal: Cholet elections canceled by the Council... 5 The TSJM revokes the acquittal of former DAO Eugenio... 6 Bye Bye Denis, Hello Jeanick 7 Independentists demand that the Ombudsman expose his... 8 Eroski takes control of the promoter of Sergio Ramos... 9 Deaf on sick leave due to painful periods: "If... 10 Microsoft will open its cloud region in Spain in the... 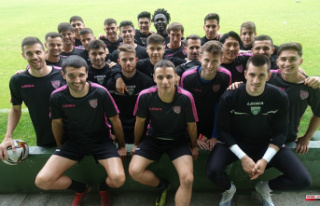 «The season is ten, it only remains to put the icing...