He orders him to compensate the eldest son of Jordi Pujol with 2,000 euros. 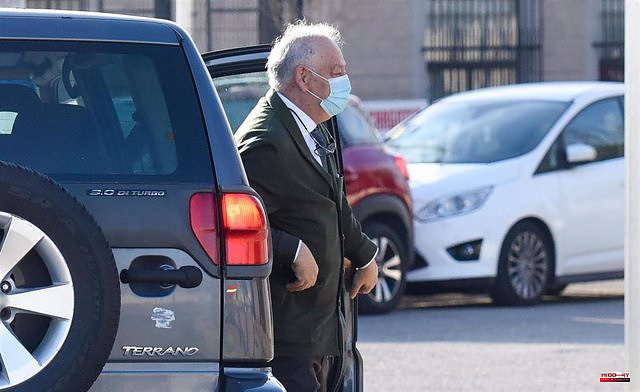 He orders him to compensate the eldest son of Jordi Pujol with 2,000 euros

The Superior Court of Justice of Madrid (TSJM) has partially revoked the sentence by which the former Operational Deputy Director (DAO) of the National Police Eugenio Pino was acquitted in July 2020, sentencing him to one year in prison for a crime of disclosure of secrets for delivering to the Economic and Fiscal Crime Unit (UDEF) and the CNI a 'pendrive' with personal and business data for the case related to the family of former Catalan president Jordi Pujol.

In a ruling that was made known this Friday, the Civil and Criminal Chamber of the TSJM has upheld the appeal filed by Jordi Pujol Ferrusola, the eldest son of the clan, condemning Pino, in addition to the prison sentence, to the payment of a fine of 7,200 euros and to compensate Pujol Ferrusola in the amount of 2,000 euros.

The magistrates understand, contrary to what was established by the Provincial Court of Madrid, that Pino did incur in a criminal offense when he provided the CNI, the UDEF and the Central Court of Instruction Number 5 of the National Court a 'pendrive' with information of Pujol Ferrusola without warning "at no time to the judicial authority of the illicit origin of the evidence".

The TSJM has reviewed the ruling by which Pino was acquitted after in August 2020 Pujol appealed the decision of the Provincial Court of Madrid and asked that the former high command of the Police be sentenced to up to two years in prison for a crime of revelation and discovery of secrets.

The court's decision comes after Pino assured in court last February that "there was no intention to harm the Pujol family" with his handing over to the police unit that participated in the investigations carried out at the National High Court on the origin of the clan heritage.

"There was no intention to harm the Pujol family, it is simply to collect the evidence and send it to the judicial authority through my subordinates," he said during the hearing called at the TSJM to study the appeal.

In a brief intervention, Pino ratified the version he offered in the trial held in 2020 at the Madrid Provincial Court. Thus, he explained that the 'pendrive' was given to him by a "chief commissioner" and ordered that it be forwarded to the Economic and Fiscal Crime Unit (UDEF) with a view to finally being the then investigating judge, José de la Mata, who would assess the proof.

For his part, Pujol Ferrusola's lawyer, Cristóbal Martell, defended that, although he agreed with the sentence in which Pino could not be sentenced to the two and a half year prison sentence that he initially requested for a crime under article 198 of the Code Criminal, yes it should be for what he considers the "common trunk" of the revelation and the discovery of secrets of 197, sanctioned with up to two years in prison.

1 Bye Bye Denis, Hello Jeanick 2 Independentists demand that the Ombudsman expose his... 3 Eroski takes control of the promoter of Sergio Ramos... 4 Deaf on sick leave due to painful periods: "If... 5 Microsoft will open its cloud region in Spain in the... 6 The Barça players conspire to achieve the 'vendetta'... 7 How and where to find iron in V Rising? Our guide 8 Food voucher: Macron's announcement imminent.... 9 Idrissa Gueye case: the Senegalese Federation attacks... 10 V Rising: One of the hits of the year? all about survival... 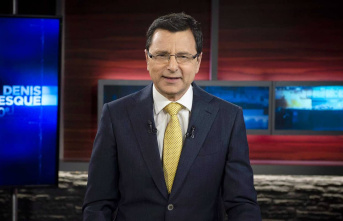