«The season is ten, it only remains to put the icing on it»

A new window of opportunities is opening for the Sestao River. 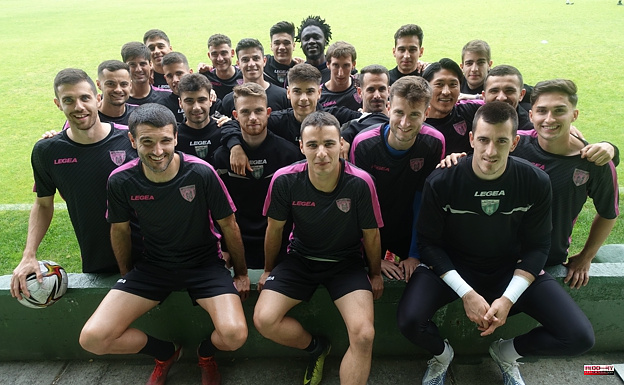 A new window of opportunities is opening for the Sestao River. The black-and-green first team travels to Alicante today with all their energies focused on being just one step away from the glory of promotion. Their performance in the league has been outstanding, but it has not given them direct promotion to the First RFEF. Thus, they are now convinced of achieving it by the longest way, such as a play-off. His journey in this final phase will begin tomorrow at the Pepico Amat in Elda at 7:30 p.m. against Lleida Esportiu. The Sestaotarras fully trust their options to overcome this semifinal to put the finishing touch to their good performance.

The numbers don't lie. Of the twenty teams that are immersed in the play-off, Sestao River is the one that has achieved the highest score in the regular season -70 points-. A record that would have served him to be champion and rise directly in three of the other four groups that make up this Second RFEF. The team captains call the course "spectacular". «The balance is very positive, we are a recent promotion and we have been about to return to promotion by direct route. Now we have two more games left to achieve the goal, "says Jaime Zumalakarregi. Ibon Barandiaran comments that "the season is ten, it only remains to put the icing on it".

Aitor Villar agrees with his teammates and maintains that "the only pity is that there has been a slightly better team, but that does not tarnish what we have done." Osasuna Promesas has taken the lead in its group, with only two points ahead, to be promoted directly. Not even an impeccable second round, with 18 consecutive games without defeat, has been enough to overcome the red team. Zumalakarregi believes that "in the first round the league could have escaped us, it took us a bit to start." However, this splendid moment of results also serves to enhance their confidence.

Without a doubt, Sestao River is the fittest team in this play-off. "We have been training for ten months preparing for this moment and we arrived very well, strong and with a lot of desire," says Villar. The Sestaotarras, who have finished the league in second position, face fifth in group three: Lleida Esportiu. Arriving better classified, the dark-green squad is worth a tie to go through the round. A circumstance that the captains know well from the last two play-offs they have played, with different results. "We have experienced both sides of the coin, it is an advantage that we have to know how to handle and take advantage of," says Villar himself.

Therefore, Aitor Calle's pupils are worth any of their last 18 results to overcome the two qualifiers and become a First RFEF team. That is why they have given "absolute normality" to this week of work. "After all, it's as easy as extending the streak we've been on for two more weeks," adds Ibon Barandiaran. Lleida Esportiu is characterized by having fast players who handle the ball well. The goalkeeper considers that "this type of equipment is good for us". "Our strengths are their weaknesses," he adds.

All three captains agree that they must stay on the same line. "Being ourselves, pressing up, imposing a high pace and a lot of intensity," they say. Thus they are convinced that they will rise to victory against the Catalans and that the following weekend they will also prevail over whoever faces them in that hypothetical final. Both Aitor Villar, as Jaime Zumalakarregi and Ibon Barandiaran have sailed for several courses by Third, always staying on the shore. Last season they finally took that weight off their shoulders and now they can claim again with a new promotion. "The challenge has always been to return it to Second B, so now we have to try to leave it in First RFEF," they settle.

1 Bettman listening 2 When respect has its place 3 Municipal: Cholet elections canceled by the Council... 4 The TSJM revokes the acquittal of former DAO Eugenio... 5 Bye Bye Denis, Hello Jeanick 6 Independentists demand that the Ombudsman expose his... 7 Eroski takes control of the promoter of Sergio Ramos... 8 Deaf on sick leave due to painful periods: "If... 9 Microsoft will open its cloud region in Spain in the... 10 The Barça players conspire to achieve the 'vendetta'... 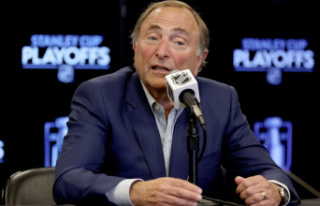