Just crowned with his title of best player in Ligue 1, Sunday evening at the UNFP Trophies ceremony, Kylian Mbappé accompanied by Marquinhos, Donnarumma and Mendes flew aboard a private plane in the middle of the night towards Doha. 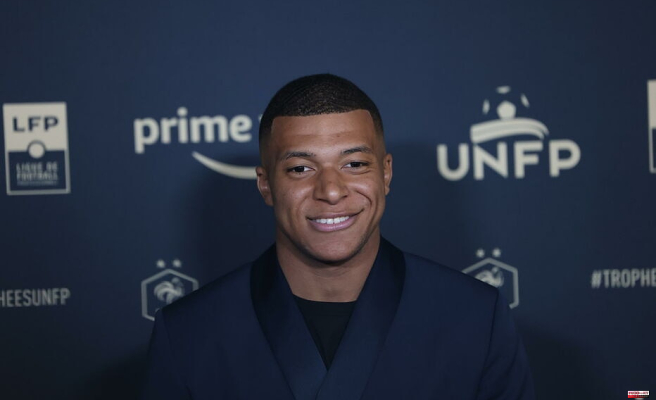 Just crowned with his title of best player in Ligue 1, Sunday evening at the UNFP Trophies ceremony, Kylian Mbappé accompanied by Marquinhos, Donnarumma and Mendes flew aboard a private plane in the middle of the night towards Doha. Bondy's crack found the rest of the team there on Monday morning, who had arrived the day before to start an express two-day tour in the host country of the next World Cup, which will be played from November 21 to December 18, 2022 in Qatar. A trip planned for January, beforehand, but which had been postponed due to excessive health restrictions at the time.

The PSG players took up residence at the Banyan Tree, a luxury hotel, where they were greeted by several fans eager to leave with a photo or a shirt autographed by their favorite stars. As a reminder: PSG has five Qatari sponsors (Qatar Arways, Ooredoo, Qatar National Bank, Aspetar-Aspire and the Qatar Tourism Office).

A meeting between Mbappé and Beckham

Throughout the stay, the Parisians lent themselves to multiple activities, such as visiting sick children at the Sidra hospital on Sundays, with Sergio Ramos, Lionel Messi or even Danilo Pereira who said a few words on this subject to the microphone from PSG TV: “It was a good day for them I think. We are happy to have had this little gesture, this little attention for the children. »

Residents of the PSG Academy on site were able to interview Di Maria, Draxler, Paredes and Herrera. The French champions went to the University of Science and Technology in Doha and the Aspetar sports clinic to shoot a promotional clip. No time was scheduled, however, for a meeting with the owner of the club, the Emir Tamim bin Hamad Al Thani.

This Monday therefore continued commercial operations with a filming for the tourist office, in the presence of fifteen influencers from around the world at the Aspire Dome. Mbappé, but also Neymar, Marquinhos and Simons were there with, on the program, a coaching session and some striking exercises. Gueye, Paredes and Donnarumma were invited to the Souq Waqif in Doha. They took the break in front of “The Golden Thumb Statue” (the golden thumb).

Former PSG star and World Cup ambassador David Beckham also came to greet the Parisian staff and players for a chat with some of them, including Mbappé. The Frenchman, who has "almost made" his choice for his future, appeared on Instagram in a live broadcast presented by journalist Anne-Laure Bonnet for Qatar Airways in the World Cup stadiums (Education City Stadium and Al Thumama Stadium ).

Among the participants also, we found Hakimi, Wijnaldum, Draxler, Neymar and Danilo who, like "KMB", will want to ignite these stadiums next winter with their respective selections. Return to Paris this Tuesday morning for the Parisian group whose season will end this Saturday evening, after the reception of Metz in Ligue 1, at the Parc des Princes.

1 Blackpool's Jake Daniels, first professional... 2 Johnson visits Belfast with the commitment to reform... 3 At the helm, Amber Heard says she wanted to divorce... 4 Summary of episodes of Plus belle la vie from May... 5 Elisabeth Borne at Matignon: "The stakes are... 6 QS has trouble digesting bonuses with price increases... 7 Sweden sends its candidacy to NATO 8 Circolmedo dismisses edition after performing for... 9 The beginnings of 'EAJ-49 Radio Toledo' 10 More problematic contracts at the STM 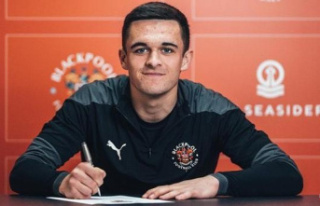