Sweden yesterday gave a new impetus to its intention to join NATO, announcing its formal intention to become a candidate country to join the Alliance. 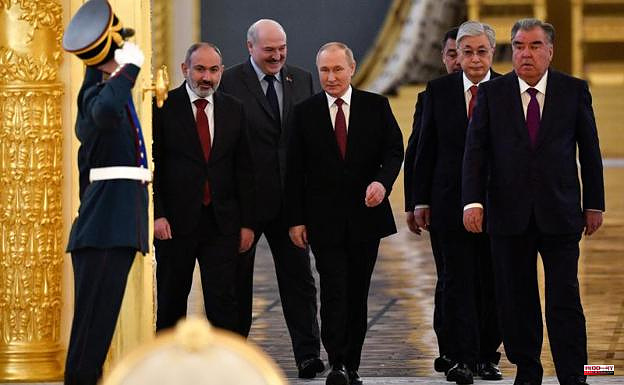 Sweden yesterday gave a new impetus to its intention to join NATO, announcing its formal intention to become a candidate country to join the Alliance. The step taken by Sweden, and which Finland could soon follow, is a consequence of the Russian invasion in Ukraine and has raised blisters in the Kremlin. Moscow assured on Monday that the accession of the two countries to the Atlantic Alliance is "a serious mistake" and raised the tone, assuring that "it will take measures" if NATO arms these two states.

As Russian Deputy Foreign Minister Sergei Riabkov warned, future integration into NATO is "an additional serious mistake whose consequences will have far-reaching consequences." The magnitude of the Russian response will depend “on the practical consequences of the accession of Finland and Sweden. For Russia, this movement "will not serve to strengthen the security" of the two Nordic countries, but quite the opposite: "The level of military tension would increase," Ryabkov warned.

President Vladimir Putin himself stated that the integration of these two states into NATO is not "a direct threat" to Moscow, but warned that with its allies - Belarus, Armenia, Kazakhstan, Kyrgyzstan and Tajikistan - it will respond if there is a deployment of military infrastructure. He also indicated that this move "exacerbates an international situation that was already difficult."

The Kremlin's response came shortly after the Swedish prime minister reported that the government had formally decided that it would apply to join NATO. In a press conference with the leader of the opposition Moderate Party, Ulf Kristersson, the Swedish 'premier', Magdalena Andersson, stressed that the country "is leaving an era to enter a new one." The text details that the request is subject to the Atlantic Alliance not deploying any nuclear weapons or permanent bases on Swedish soil, in a decision that she describes as "historic."

Sweden takes the step shortly after Finland announced its intention to join the military organization, a discussion that continues within the Finnish Parliament. This is a historic change of course for the two countries that see a clear threat in Moscow. The Kremlin justified its offensive against kyiv for its rapprochement with NATO and its political, diplomatic and military support for the Ukrainian government.

For the Swedish Foreign Minister, Ann Linde, the security situation "has worsened for Sweden and for Europe as a whole" as a result of the Russian invasion. In the case of Finland, its proximity to Russia, with which it shares a border of more than 1,300 kilometers, has motivated this decision.

The Secretary General of NATO has been in favor of the joint candidacy of the two countries. “If they decide to apply, it will be a historic moment. Their accession would enhance our shared security, demonstrate NATO's open-door policy and that aggression is not worth it," he said.

Meanwhile, within the European Union, an intense day of negotiations was held on Monday to try to approve - without success - the sixth package of sanctions on Russia. The main stumbling block continues to be the embargo on Russian oil, which Hungary is totally opposed to, as it is the only supplier of this material in the country.

The head of European diplomacy, Josep Borrell, tried to promote the release of the sixth battery of measures against Moscow. The Ukrainian Foreign Minister, Dmitro Kuleba, attended the meeting and assured that "sanctions are necessary to stop Putin's war." That is why we must "kill Russian exports," he added.

1 Circolmedo dismisses edition after performing for... 2 The beginnings of 'EAJ-49 Radio Toledo' 3 More problematic contracts at the STM 4 Investing in training to save lives 5 Review of 'Eyes of Fire' (2022): Avenging... 6 The return of the emeritus king to Spain this Saturday... 7 'The Invisible Children': Overshadowed by... 8 Tribute to Joselito 'El Gallo' in Talavera,... 9 Castilla y León will be “one of the first to recover”... 10 The missing 24-year-old girl is found dead in Carballo... 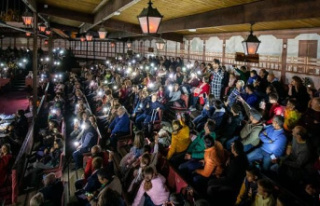 Circolmedo dismisses edition after performing for...